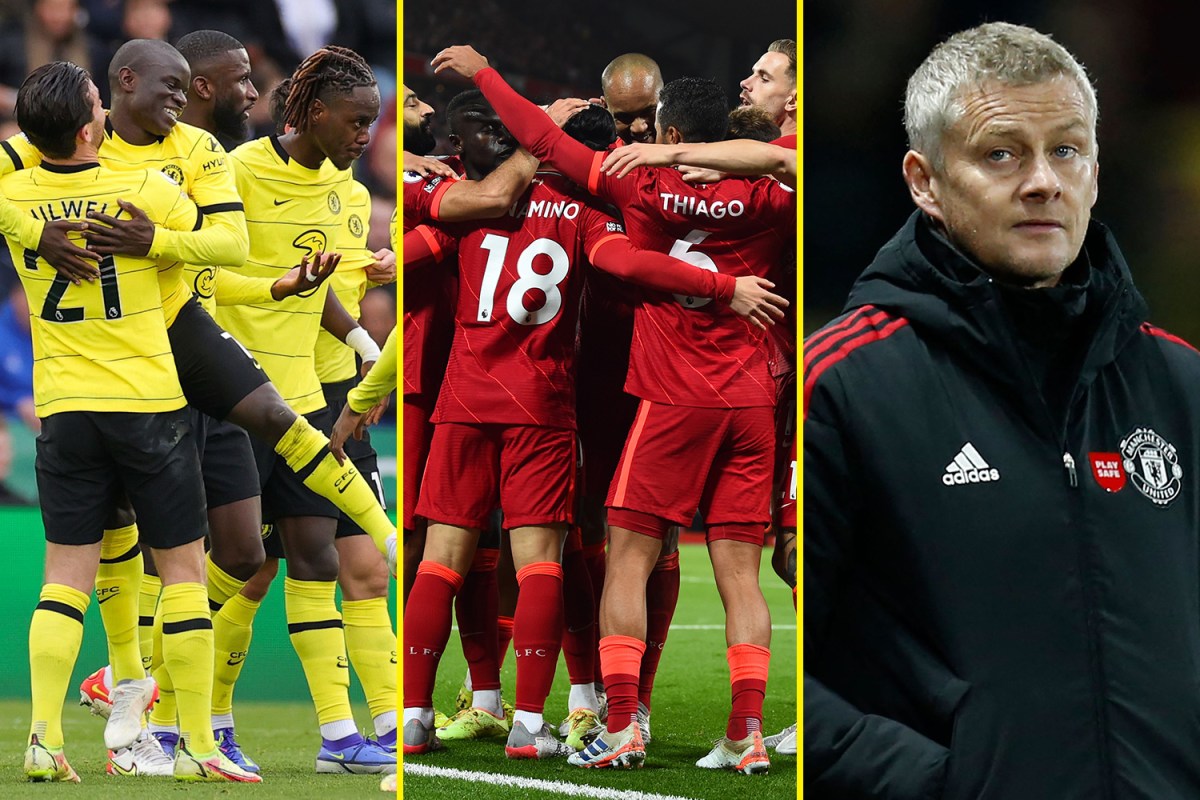 The Premier League returned with a bang on Saturday in what was the most dramatic day of the season so far.

Sixteen of the 20 teams were in action and it’s safe to say it didn’t disappoint, with a staggering 30 goals scored across the eight fixtures.

Chelsea got the ball rolling with an impressive 3-0 victory over Leicester at the King Power as Thomas Tuchel’s men once again demonstrated they mean business this season.

Antonio Rudiger, N’Golo Kante and Christian Pulisic all found the net in what was a dominant victory for the Blues, who are four points clear of Liverpool at the Premier League summit.

“I am happy but there’s always room for improvement,” Blues boss Thomas Tuchel said after the match .”The players know very well when they do a good match and they did a good match.”

The 3pm kick-offs is when the drama really started to unfold and unfortunately for Manchester United, it was another disastrous day at the office for the Red Devils and one that will spell the end for Ole Gunnar Solskjaer at the club.

Captain Harry Maguire was sent off as Watford humiliated the Red Devils in a 4-1 victory at Vicarage Road.

Solskjaer will be relieved of his duties, with Zinedine Zidane supposedly waiting in the wings as the favourite to succeed him.

After the match the Norwegian was labelled ‘out of his depth‘ following his side’s fifth defeat in seven matches.

“He’s taken Man United as far as he can, he’s out of his depth tactically, there are three players there that think they are bigger than him which is Ronaldo, Pogba and Fernandes.

“Ole Gunnar Solskjaer isn’t an elite manager and I would say he probably wouldn’t get another job in the Premier League.”

Liverpool also demonstrated their title credentials with a superb 4-0 victory over Arsenal at Anfield.

Mohamed Salah grabbed his 16th goal of the season in the rout, but a touchline fracas between Jurgen Klopp and Mikel Arteta swung the game in the home side’s favour, with the German later revealing why their furious bust-up started.

Elsewhere, Dean Smith and Steven Gerrard both recorded their first wins in their new jobs at Norwich and Aston Villa respectively.

The Canaries earned a 2-1 victory at home to Southampton, while Gerrard made a winning start with a deserved 2-0 win over Brighton at Villa Park.

There was no winning start for Eddie Howe at Newcastle, however.

The new Magpies boss wasn’t in the dugout after testing positive for COVID-19, but he will have no doubt been impressed by his side’s spirit as they twice came from behind to draw 3-3 with Brentford in a thriller at St James’ Park.

Remarkably, there was another goal fest at Turf Moor as Burnley and Crystal Palace shared the spoils in a thrilling 3-3 draw.

Palace led, then trailed, then led again a five-goal first half, but after Maxwel Cornet levelled with a stunning volley early in the second half Burnley were unlucky not to win it with Matej Vydra bringing a fine save out of Vicente Guaita with almost the last kick of the game.

In the game’s least eventful match, Wolves continued their great form under Bruno Lage to put an end to West Ham’s winning run in a 1-0 victory at Molineux.

The Hammers dropped down to fourth in the Premier League and David Moyes will be hping it’s just a minor blip in what has been a stellar campaign so far.

You can look at all the Premier League results, below…