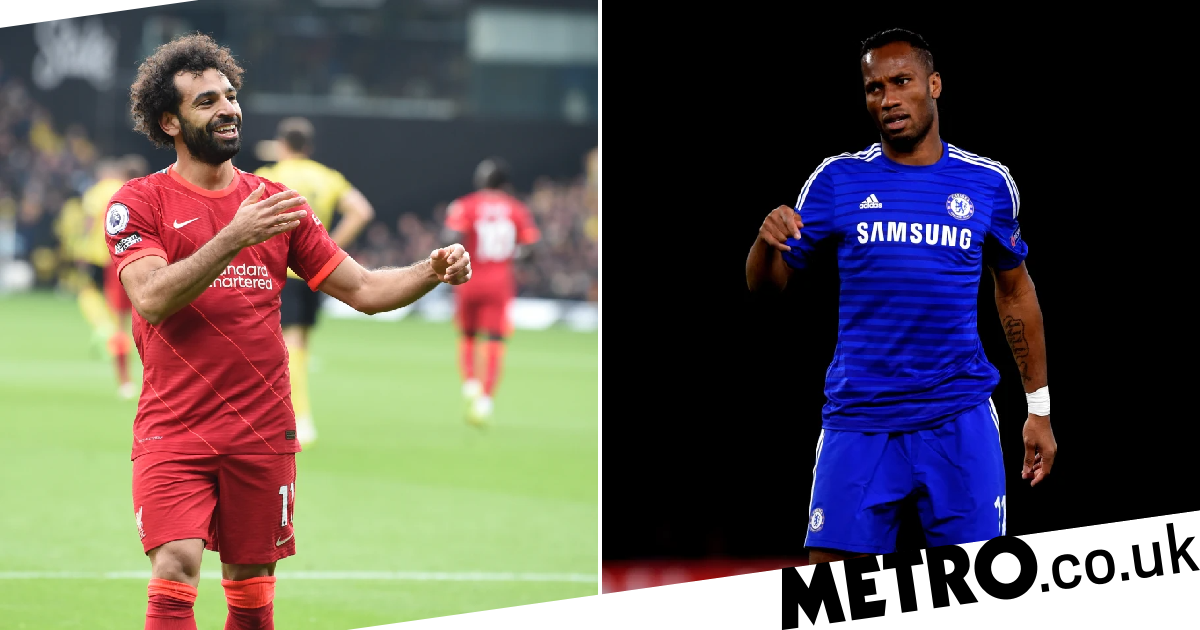 The Egyptian is showing no signs of slowing down though and already boasts 16 goals to his name in all competitions this season for the Reds.

‘If he continues [like this] he’s going to destroy all my records! I want to cry,’ Drogba told Mehwar TV as quoted by Kingfut.

‘What I’ve seen during training, and all his teammates will tell you, the quality was there. He just needed time on the pitch to show his talent and his quality.

‘When you look at the squad [Chelsea] had at the time, it was not easy to play, but what really got me attached to Mo is that he’s really nice, he’s really polite, even when he was not playing.’

Salah struggled to make an impact at Chelsea during his two-year spell as he managed just two league goals in 13 appearances, although spent most of his time on loan at Fiorentina and then Roma.

His performances in Serie A prompted Liverpool to make a move in 2017 and Ivorian Drogba admits Salah had previously called on his experience when going through a difficult spell.

‘He was sad not to contribute [at Chelsea], but he was always good. When you have this kind of intelligence it’s just a matter of time before you blow up,’ Drogba added.

‘I remember we spoke a few times when he was at Roma and he was scoring goals and then he had a moment when he was not scoring and he asked me how to deal with this kind of situation.

‘I shared with him a lot of examples and experiences and how it happened to me and all the strikers.’