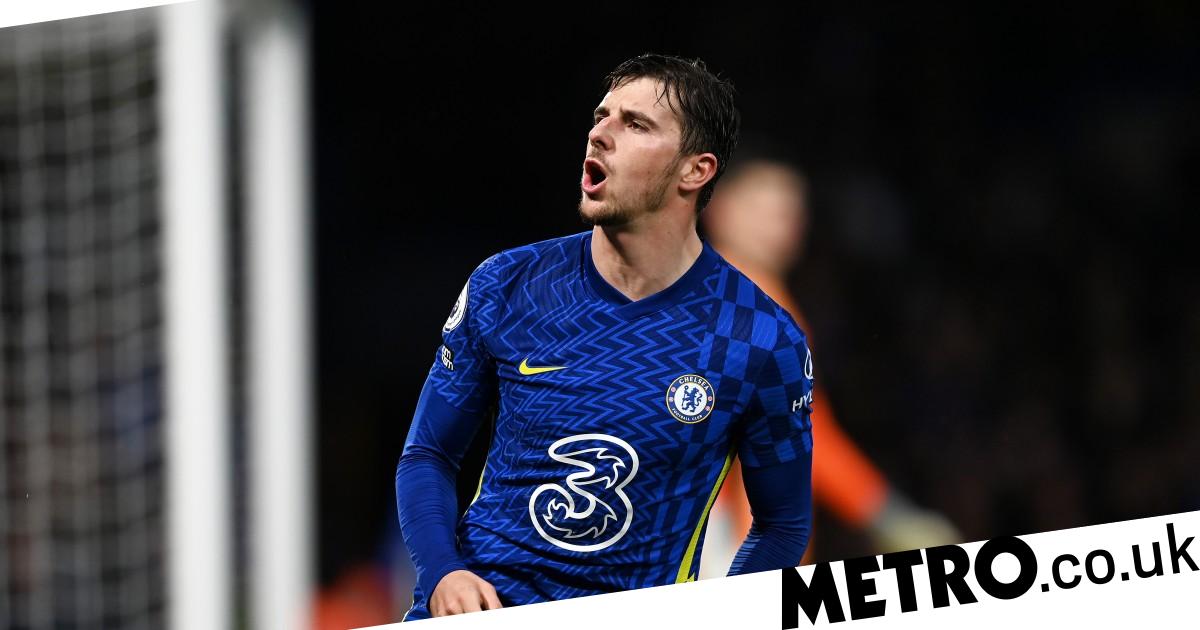 Mason Mount says he thrives off silencing rival fans who taunt him during matches.

The Chelsea midfielder scored his side’s opener in their 3-2 win over Leeds earlier this month before Jorginho’s late penalty earned the Blues maximum points.

Mount had been taking some flak off the Leeds fans all game having played for rivals Derby during a loan spell during the 2018-19 season.

Unsurprisingly, the 22-year-old made a shush gesture towards the travelling fans upon scoring in the win.

‘Fans don’t forget anything do they?’ he told Sky Sports.

‘So they gave me some stick but you want that back and forth. I thrive off it.’

As a boyhood Portsmouth fan, Mount won’t be getting the warmest of receptions when Chelsea travel to Southampton in April before travelling to Leeds the week after.

‘That is even better. It will obviously be hostile but you have to use that. I love it,’ he added.

For now though Mount is focused on helping Chelsea get back to the top of the Premier League table having dropped points in recent weeks.

‘When you are putting that pressure on yourself to win the Premier League, every game brings pressure, every point counts,’ he said.

‘We were top for a bit, we draw some games and we drop down to third. That shows that if you drop points, the race can be over very quickly.

‘The title has always been our goal. We want to be up there. More than ever this season, we feel like we have a big chance. We can definitely do it.

‘We have the confidence. But we need to be humble and focused too. We need to keep doing the basics well.’

MORE : Carlo Cudicini explains why Chelsea let Conor Gallagher join Crystal Palace amid ‘a lot of interest’ from other clubs