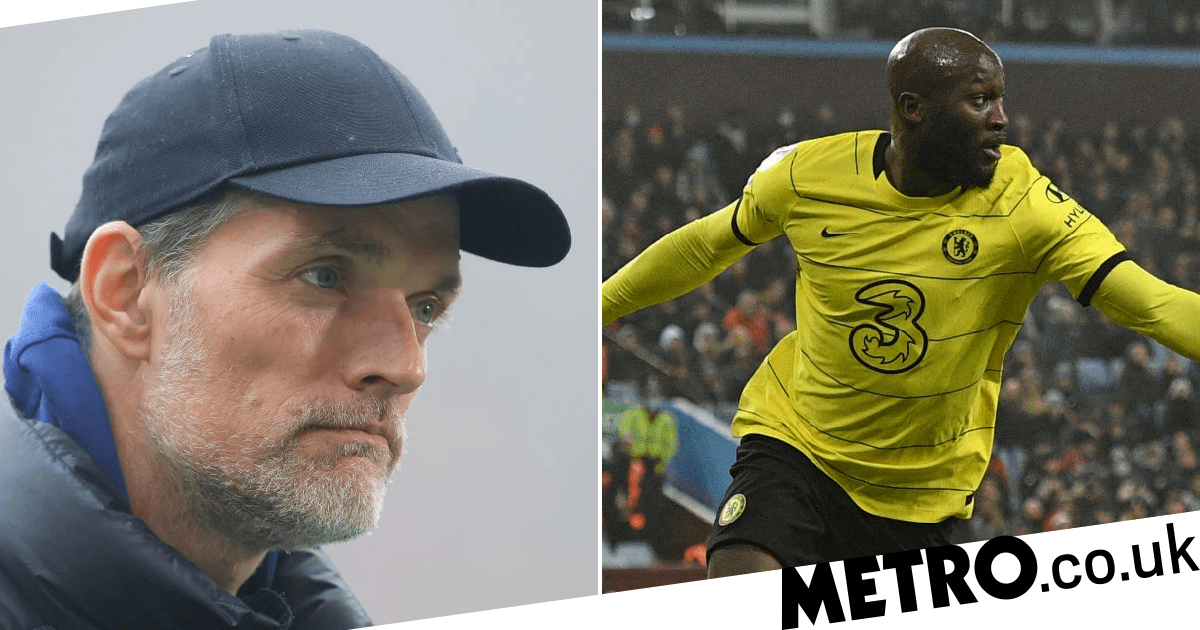 Thomas Tuchel has revealed what he told Romelu Lukaku before bringing him off the bench during Chelsea’s 3-1 Premier League win over Aston Villa on Sunday.

Lukaku has missed the majority of the last two months of action after suffering an ankle injury in Chelsea’s 4-0 victory over Malmo in October, before testing positive for Covid-19.

The Belgium striker started on the bench against Villa on Boxing Day, but was brought on for the second 45 minutes with Tuchel hoping he’d add some more impetuous to Chelsea’s attacks.

Lukaku was introduced with the score at 1-1 and made an almost immediate impact – causing trouble for the Villa defence at every given opportunity.

He gave Chelsea the lead midway through the second-half with a fine header from a Callum Hudson-Odoi cross.

The Blues sealed the victory with a Jorginho penalty late on to give them a crucial three points and in turn keep them in the race for the Premier League title.

And Tuchel has explained how he asked Lukaku whether he was able to play a half at Villa Park, before hitting back at claims that they are better without him in the starting XI.

‘There’s no doubt that he’s super important. Every player is super important but Romelu will be a key player, nobody doubts that, but last time he started for us was in October and not because of quality or because we have any doubts that we are better without him starting.

‘It’s not the case. He was simply unlucky to get injured and after injury, while he was struggling to come back he caught Covid so he had again 10 days out and then suffered from symptoms.

‘Now we put him on the pitch for 45 minutes, which was more than the fitness and medical department recommended for him, but we thought we can take the risk and be more offensive with him, and I’m happy of course that it went well for today. Let’s see now how the reaction is and how he adapts from here.’

‘It [Lukaku coming on] was the game-changer because Villa had it far too easy and were the better team in that first half,’ Shearer said.

‘Pulisic played as a false nine, it didn’t work for them at all.

‘The two centre-halves, Konsa and Mings, had nothing really to think about in that first half, balls were going into the box without any pressure.

‘But, half-time, all of a sudden that changes. Konsa and Mings have now got a battle, and they weren’t up to it, they got bullied, the both of them, by Lukaku.

‘He did that for the whole second half, all of a sudden they’ve got a threat and something to think about in the box.’