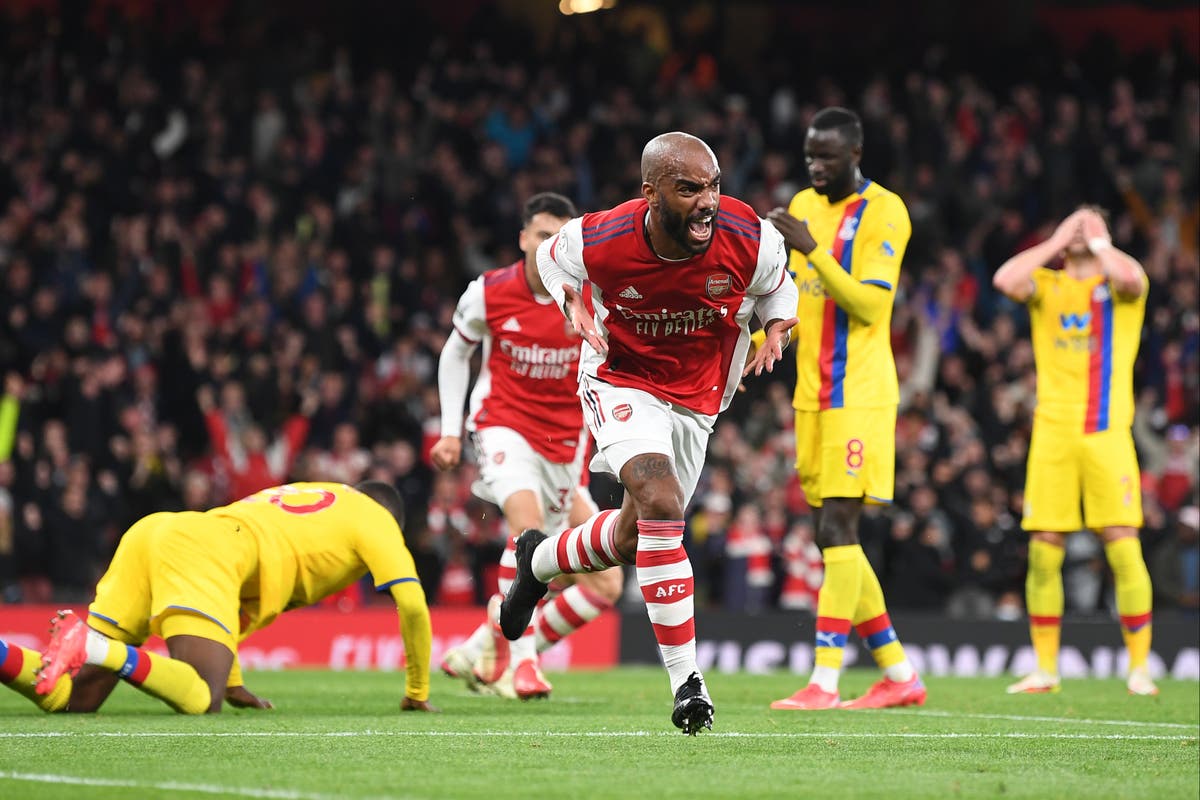 It was a familiar story for Patrick Vieira’s side, who also conceded a stoppage-time equaliser against Brighton last month, and Benteke believes he and his team-mates are learning from their mistakes in the toughest way possible.

“This kind of game when you are leading, you can’t draw. You have to go back home with the three points,” he said.

“But I think it’s no excuse, because it’s not the first time we are dropping points. I think we will learn from our mistakes, but we are learning the hard way.

“It’s a frustrating result for us tonight. I think we are playing the way the manager wants us to play: with intensity, playing football. Now it’s not enough. To win a Premier League game we have to be more ruthless, and play with more experience – and stop conceding those late goals.”

Other than the opening 15 minutes or so, Palace were the better team and deserved to leave north London with all three points.

They restricted Arsenal to a few chances and, when they had the chance to counter, they looked threatening on the break.

“I’m really disappointed for my players, because they played well, they showed a lot of character and personality,” said Vieira.

“We came back and scored those two goals. So not leaving with a win, I’m really disappointed for my players.

“On merit, yes, I think we were the better team today. This is why we as a football club are really disappointed not to leave the stadium with a win.”

Palace’s performance was made all the more impressive as they did it without Wilfried Zaha, who was missing due to illness but the Ivory Coast winger could return for Saturday’s game against Newcastle.

“It is not Covid related, it is something different,” said Vieira. “He wasn’t feeling well since he came back from international duty.

“We didn’t want to take any risks but he started doing some really light training today and he will be training with the group on Wednesday.”