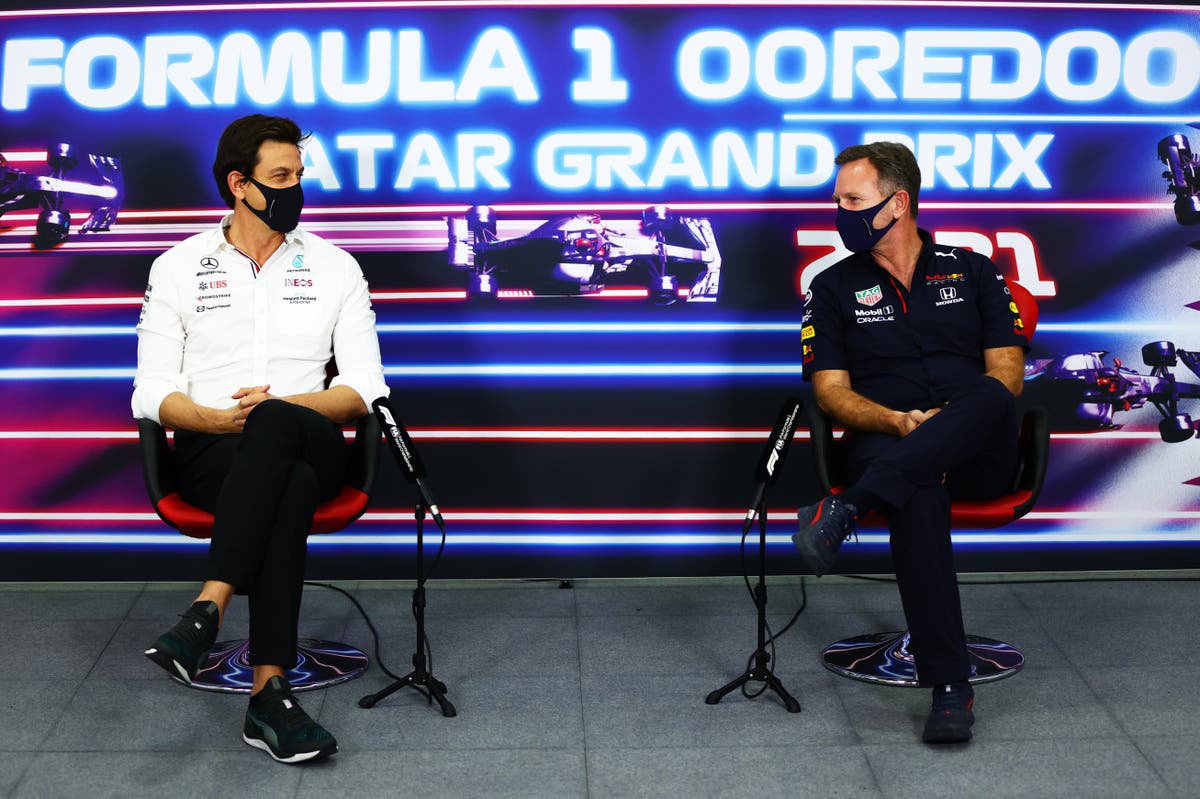 The FIA introduced new flexibility tests after Azerbaijan in June following suspicions some teams were bending the rules with wings that passed static inspection but worked differently at speed.

But the Red Bull team boss has claimed that Mercedes have found a way to get around those rules, and is prepared to protest if he sees similar performances this week to the speed Hamilton showed in winning the Brazilian Grand Prix.

“I think this is something even more advanced… it’s hidden in the way that it operates so that it’s harder to spot from a camera,” Horner said.

“You can see the straight line performance since Hungary (in August), and particularly in the last two grands prix, has gone exponential. And I think that obviously concerns us.”

Asked whether Red Bull were prepared to protest, Horner replied: “Make no bones about it, if we see it on the car here it will be protested.”

“We’ll work out what’s fastest, we’ll stick it on the car and we’ll not take advice from another team.”

Mercedes team boss Toto Wolff added: “I think that nobody would show up at the track with an illegal engine or illegal rear wing, the world is too transparent for that.”

It is the latest drama in a title race that has become increasingly ill-tempered. Mercedes had their appeal to review the incident involving Hamilton and Verstappen in Brazil rejected on Friday.