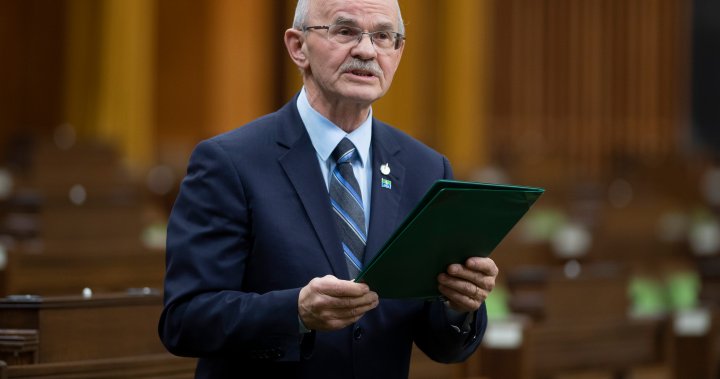 Conservative MP Richard Lehoux has tested positive for COVID-19, according to a statement issued Saturday.

“Today, out of an abundance of caution and transparency, we are informing the public that our team was made aware that Richard Lehoux, a member of the Conservative Caucus tested positive for COVID-19,” Conservative Opposition whip Blake Richards said in a statement.

Lehoux, age 65, is the MP for Beauce, Que., where he defeated People’s Party of Canada Leader Maxime Bernier in two elections.

He was recently named to the Conservatives shadow cabinet as deputy shadow minister for agriculture, agri-food and food security.

Richards said Lehoux is only experiencing “minor symptoms” and that “vaccines are the most effective tool to slowing the spread of COVID-19 and preventing serious illness.”

He didn’t specify when Lehoux contracted the virus, but the Conservatives wrapped up a two-day in-person caucus retreat on Thursday.

Richards said there is a duty to those who work at Parliament Hill and the community to take this infection seriously.

“As has always been the case, Conservative Members of Parliament are expected to follow all public health guidelines, including masking and social distancing.”

Read more:
O’Toole says Conservatives need to stay the course amid public challenge to his leadership

The news comes after the death of Sen. Josée Forest-Niesing from complications due to COVID-19 was announced Saturday. She was 56 years old and also fully vaccinated, and had been discharged from hospital a week earlier.

An autoimmune condition affecting her lungs had made her “particularly vulnerable to the pandemic,” her office said in a statement last week.

All other federal party leaders with elected MPs have confirmed all their members are fully vaccinated.

-With files from Canadian Press