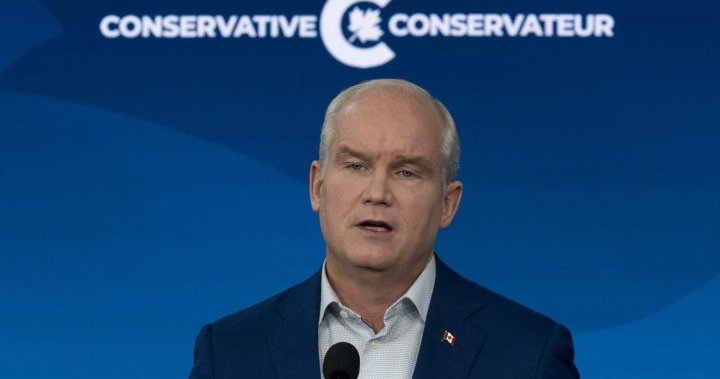 The lawyer for a member of the Conservative party’s national council is calling a probe into his client’s attempts to hasten a review of Erin O’Toole‘s leadership a “fishing expedition.”

Bert Chen was suspended from his post on the national council for 60 days last month after he circulated an online petition to recall O’Toole as leader following the party’s Sept. 20 election loss.

The Ontario representative said at the time he was acting in his capacity as a party member and stated others felt O’Toole had betrayed Conservative principles over policy decisions, such as adopting a consumer carbon price.

Council’s vote to suspend him followed complaints that party president Rob Batherson said it had received about Chen being in violation of its code of conduct and constitution. Batherson said “it would be inappropriate” to discuss details while that investigation is ongoing.

In a letter obtained by The Canadian Press, party lawyer Arthur Hamilton said the national council is asking Chen to turn over a “complete record of each contact or communication” with any “party member, party activist, interest group or interested person” around the petition, including his phone records.

Chen referred a request for comment to his lawyer, who says the council’s request goes beyond what is needed and raises concerns about the privacy of those who want to express their views freely.

“It is our view that this so-called ‘investigation’ is a fishing expedition that goes well beyond what is necessary to achieve the stated objectives,” wrote lawyer Scott Hamilton.

“The overly broad requests made in the letter bring into question concerns regarding reasonable expectations of privacy and confidentiality of individuals who would like to freely express their views within our democratic institutions _ a principle that our client holds with high regard.”

Scott Hamilton added that since receiving the request from the national council, Chen reached out to those he had previously spoken to about the petition.

“So far, none of the individuals who have responded to these requests have consented to the disclosure of their names or the records of their communication related to the petition in question,” the lawyer wrote in a statement Tuesday.

Asked about the broad scope of the investigation, O’Toole said Tuesday he’s not involved with it as the national council operates at arm’s length from his office.

There have been grumblings within the Conservative grassroots about O’Toole’s election performance and his move to put a more moderate, progressive stance on the party, seen by some to be straying from traditional Conservative party values.

Members are slated to vote on his leadership in 2023.

Alberta MP Shannon Stubbs told reporters in early October that members ought to be able to vote on O’Toole’s leadership within the next six months because of the changes he talked about making to the party.

She made the comments before the Conservative caucus met for the first time following the party’s election loss.