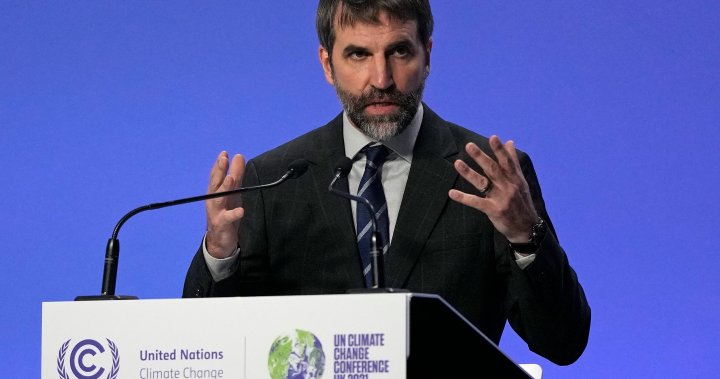 Canada’s environment minister says he thinks fossil fuel subsidies should be eliminated as United Nations negotiators wrestle over a final text in the closing hours of the Glasgow climate talks.

Environment Minister Steven Guilbeault says the subsidies should be phased out with a timeline.

Read more:
How to spot ‘greenwashing’ in your ESG investments

Those were branded as “weasel words” by Catherine Abreu, a member of Canada’s net-zero advisory body and the executive director of Destination Zero.

Guilbeault says it is premature to judge what will be in the final text as he touted the backing of his American counterpart, John Kerry, who denounced the continued subsidies as the “definition of insanity.”