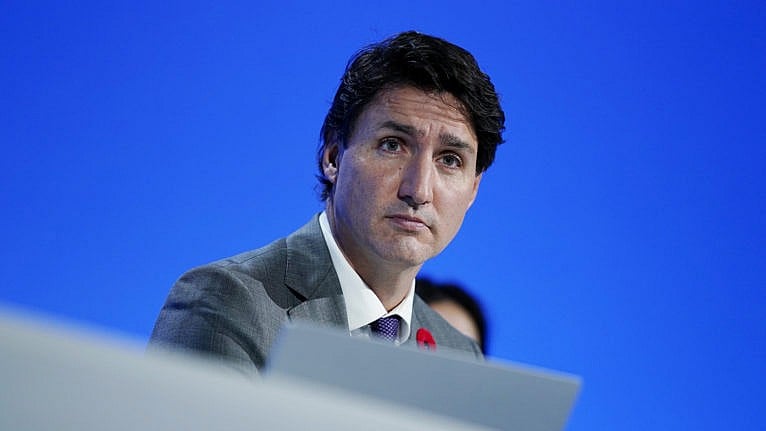 Politics Insider for Nov. 2, 2021: Trudeau targets the oil patch; a deadly heatwave; and the fall of Jason Kenney

At the opening of the UN climate summit in Glasgow on Monday, Justin Trudeau doubled down on his campaign promise to impose greenhouse-gas emissions caps on Canada’s oil-and-gas industry, the Globe reports.

The move comes as Mr. Trudeau attempts to position his government at the forefront of global climate policy – including through carbon pricing, on which he urged other countries to follow Ottawa’s lead during his speech to the conference – but faces international criticism over Canada’s status as one of the world’s biggest exporters of fossil fuels. Calling the new limits “a big step that’s absolutely necessary,” Mr. Trudeau acknowledged in his speech that imposing them will be “no small task for an oil and gas producing country.”

Steven Guilbeault will be consulting to develop a plan for five-year targets, CBC reports. The Canadian Association of Petroleum Producers wants to produce more natural gas, saying Canada “can position ourselves as a preferred global supplier, creating jobs and prosperity for Canadians and helping to lower global greenhouse gas emissions.”

Alberta miffed: Jason Kenney complains in the Star that he wasn’t consulted.

Bearing brunt: In the Calgary Herald, Don Braid predicts that the announcement will sting in the oil patch. Braid points out that the plan will focus the economic pain on the Prairies, not the parts of the country that vote Liberal.

The federal strategy is simple. Rather than limit the fuel burners, you gradually shut down the fuel producers. Psychologically, not to mention politically, that makes Liberal climate change action easy for other Canadians to live with and vote for. Now, imagine what would happen if the oilsands and oil wells were in Ontario or Quebec, and western Canada were the hub for automotive, aviation, hydro power, etc. Right. There might be some kind of limits on oil and gas, but the other sectors would get their own versions, too. Any measures necessary in Ontario and Quebec would be diluted and spread around the country. This constant, casual unfairness hurts the whole climate agenda. It’s why Albertans who care about action can be pleased by what’s being done, but furious that it’s only done to us.

Deadly heat: Speaking of climate change, the B.C. Coroners Service has reported that a heat dome this summer killed 362 people in 48 hours, the Globe reports.

People 70 and older accounted for 69 per cent of the deaths, the coroners service reports. Almost all – 96 per cent – died at home. The update sheds more light on the demographics of who died during the period, when B.C. shattered dozens of temperature records daily. The coroners service continues to investigate these deaths and is expected to release a final report next spring.

Kenney is sinking: Everyone should set aside time to read Jason Markusoff’s masterly portrait of Jason Kenney’s political decline, in Maclean’s. “It’s a downfall story whose operatic scale is eclipsed only by the gravity of its real-world consequences, measured in human suffering and lives lost.”

The pandemic has been the primary source of Kenney’s political unravelling, but there’s more behind his fall. With a workaholic’s determination to enact every last promise in his exhaustive 375-pledge election platform—pandemic be damned—Kenney has pressed forward on files that have expanded opposition beyond NDPers. There’s a radical, memorization-heavy overhaul of the education curriculum that almost all school boards have refused to test; a nasty protracted pay dispute with doctors that aggravated rural physician shortages; and a bid to open Alberta’s southern foothills to more coal mining, which upset everyone from farmers to small-town mayors to country music stars.

“He was always very critical of Harper for being an incrementalist, that we weren’t moving quickly enough,” says a former Conservative official who respects Kenney. “This is why [we weren’t].” If Harper tried to move this fast, and burned that much political capital, the official says, he’d have been a one-term prime minister.

Montreal politics: Paul Wells has an interesting look at the mayoral race in Montreal, where Denis Coderre is trying to stage a comeback and out Valérie Plante, who beat him in 2017. He tells the story of her party, Projet Montréal, which has succeeded in putting people ahead of cars in the city, based on the ideas of party founder Richard Bergeron.

Bergeron’s idea is simple: he wants to tilt Montreal’s urban balance away from cars and drivers, back toward pedestrians and neighbourhoods. Raised in an orphanage in small-town Chicoutimi, he becomes a Montreal taxi driver, drives every inch of the city’s arteries and back streets—and learns to hate cars. “A car is a machine for killing cities and building suburbs,” he says. He wants streetcars, which are cleaner and quieter than automobiles. He allies himself with the residents of the Plateau Mont-Royal, the ­middle-class residential steppe east of Montreal’s runty downtown “mountain,” who want a few main streets closed to all but pedestrian traffic.

Efficient Liberals: Your correspondent has a feature in the Walrus looking closely at how the Liberals managed to win the recent election with fewer votes than the Conservatives, which comes down to efficiency. Data-savvy organizers are able, these days, to micro-target, putting together an electoral coalition just big enough to win, which has worrying implications.

Parties that can’t make more efficient use of their votes risk political irrelevancy. It’s not hard to imagine future elections escalating into analytics arms races where canvassers use data-driven targeting to edge out tighter and tighter wins in close ridings. But voters risk becoming irrelevant too. We could end up with pockets of Canadians nobody will bother trying to persuade—Toronto Tories and Saskatchewan Liberals, for example—because they are not electorally valuable enough in terms of seat count.

Decriminalize it: British Columbia is asking Ottawa to allow it to decriminalize possession of small amounts of hard drugs — including heroin — to help it deal with its toxic drug crisis – which has killed about 8,000 people since 2016, the Globe reports.

B.C. unvaxxed unpaid: B.C. said Monday that 3,325 health-care workers, or about 2.6 per cent of the workforce,  have been placed on unpaid leave because they are not yet jabbed, Global reports.

Two weeks to go: The federal government appears to have as many as 27,000 public servants who have yet to attest that they are jabbed, leaving them with two weeks to get the shot or face suspension, the National Post reports.

$15 an hour: Ontario plans to raise the province’s minimum wage to $15 an hour on Jan. 1, the Globe reports.

Glover cries foul:  Shelly Glover, who lost to Heather Stefanson on Saturday by a count of 8,405 votes to 8,042, will challenge the results of the Conservative Party of Manitoba leadership race, the Winnipeg Sun reports. Experts don’t think her challenge will succeed.

Raise the flag: Erin O’Toole has an op-ed in the Toronto Sun calling for the flag to be raised with the start of Remembrance Week.