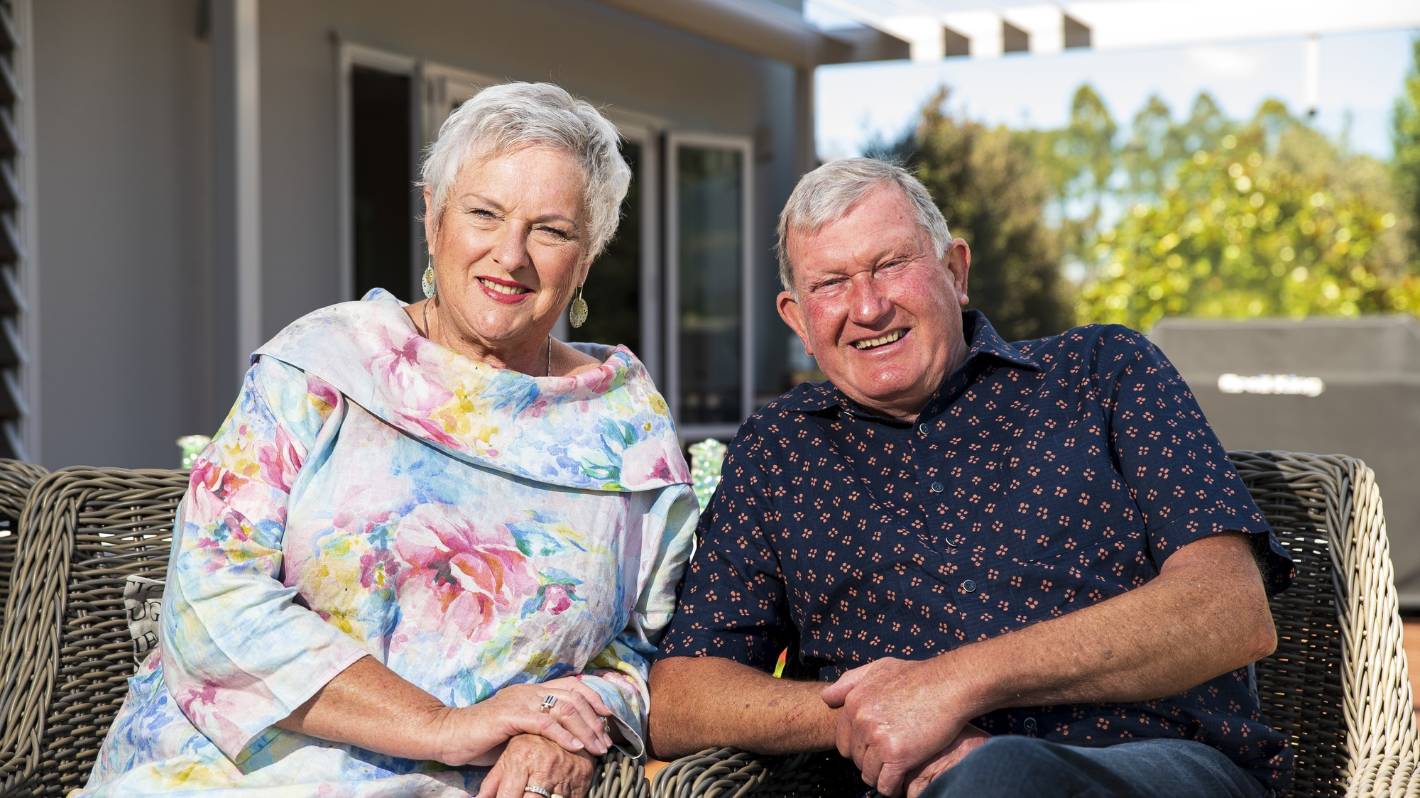 Anne and Hugh Kavanagh, who are celebrating their 50th wedding anniversary. A car crash before the wedding meant Anne got married with make-up covering 46 stitches on her face.

Fifty years ago Appleby couple Hugh and Anne Kavanagh made headlines when they got married.

‘They Got Anne To The Church on Time’, the Nelson Evening Mail’s headline announced, after the couple wed at a church in Tasman, stage makeup covering the 46 new stitches on Anne’s face.

The article also ran in the Auckland Star.

The Kavanaghs married on December 28, 1971, but only days earlier, on December 23, they’d crashed a Mini into a ditch on the Appleby Straight, hitting a concrete pole after Hugh swerved to avoid a dog. With no passenger seatbelt in the car back then, Anne went through the front windscreen.

In hospital, injuries on her face were stitched up, and though they were both “black and blue” they made it to the altar on time. It was only after the wedding that it was found the cornea of her eye was also split.

There was no honeymoon. Instead, Anne went back into hospital on January 1, staying there confined to her bed for three weeks while she healed, followed by cosmetic surgery 15 months later to take away scar tissue.

Anne says there was never any thought that the wedding wouldn’t go ahead.

“We were worried that on the day Anne wouldn’t be looking her sparkling best but it turned out all good,” Hugh said.

Fifty years on, and proud parents of two children, and two grandchildren, they are celebrating their golden wedding anniversary, with a function in Christchurch already and a getaway planned to Awaroa in the Abel Tasman National Park.

They were surprised and chuffed to also receive a congratulatory card from Governor General Cindy Kiro and her husband Richard Davies.

The couple met after Hugh, whose career was with the Bank of New Zealand, was transferred from Oamaru to Nelson, and Anne worked nearby at the Canterbury Savings Bank.

“I’ve only had two employers in my life – the Bank of New Zealand and Anne,” Hugh joked.

He paid credit to all the effort Anne went to for the family over the years, including while he was away on business trips. The couple started their married life in Wellington, then moved to Dunedin and back to Wellington, before retiring in the Nelson region 10 years ago.

Hugh said it helped that they both came from “basic backgrounds” and worked hard together to get to where they had, while Anne said another tip for a successful marriage was to “not overcomplicate things”.