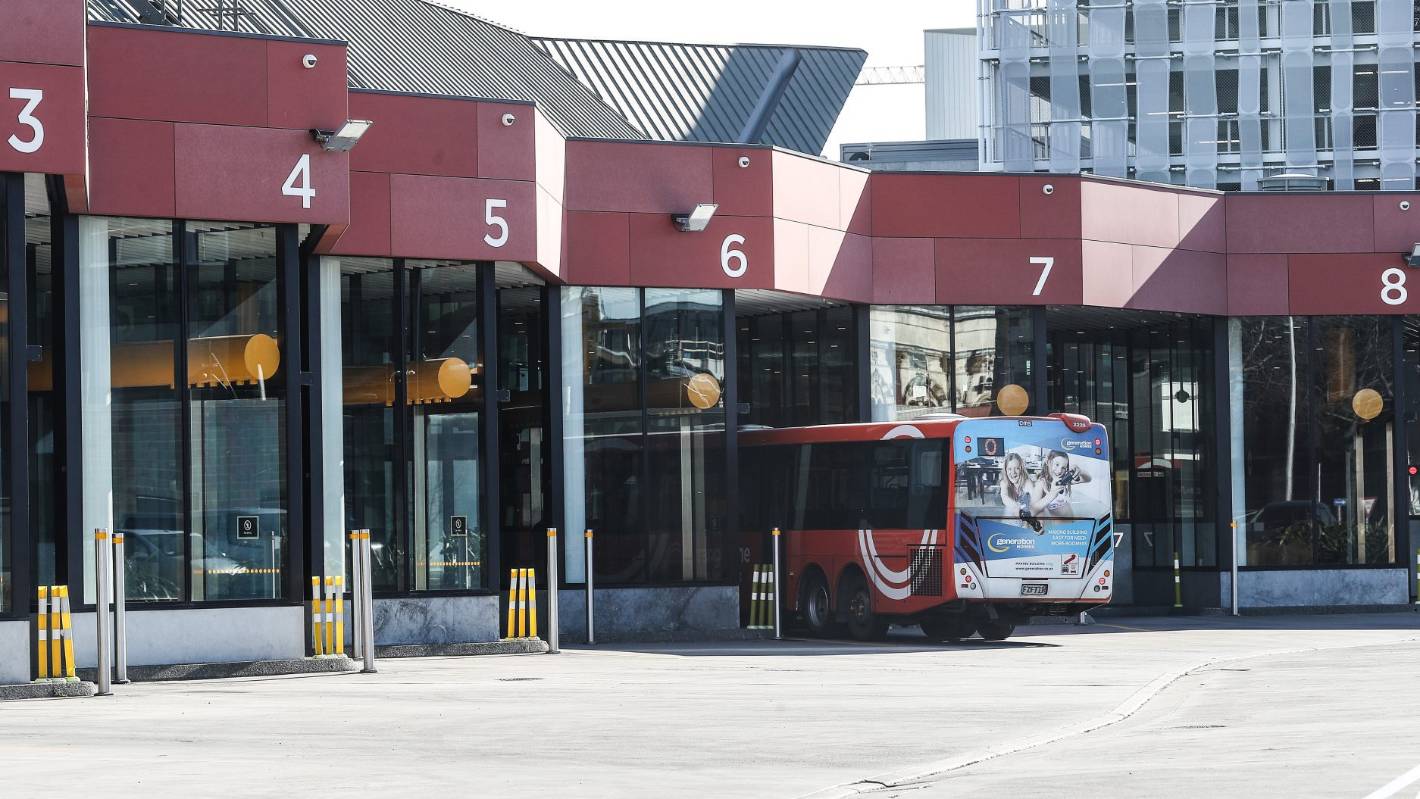 Bus Route 60 between Barrington Mall and Christchurch’s bus interchange was added as a location of interest on the Ministry of Health’s website at 3pm on Saturday.

Several Christchurch bus routes, a liquor store and two malls, including one of the city’s busiest, are amongst the latest locations of interest linked to the Covid-19 Delta outbreak.

Orbiter bus routes to Riccarton Mall and Tower Junction on December 1 and the Christchurch Bus Interchange on Lichfield St on December 2 were added to the Ministry of Health’s website at 5pm on Saturday.

Team Hutchinson Ford’s car dealership in Christchurch was also added as a location of interest, with a Covid case visiting the site on Tuam St on December 2 between 3.39 pm and 4.29 pm was asked to self-monitor for Covid-19 symptoms for 10 days.

A Ministry spokesman said the delay in reporting the locations was due to it taking time for relevant information to be gathered, including the details of cases’ movements.

“There remains value in publishing locations of interest even when they occurred more than 10 days ago. Publication could prompt potential contacts to come forward for testing. Even if these contacts have since recovered, this can assist with contact tracing, identifying additional exposure events, and minimising the opportunity for undetected transmission in the community,” he said.

Super Liquor Barrington Mall in Spreydon and Bus Route 60 between Barrington Mall and Christchurch’s bus interchange were added to the Ministry of Health’s website at 3pm on Saturday.

Those who were at the liquor store between 4.03pm and 4.40pm on December 1 were being asked to self-monitor for Covid-19 symptoms for 10 days after exposure and if symptoms develop, get a test and stay at home until returning a negative result.

A total of 16 Christchurch locations were added to the ministry’s website on Saturday.

Eight other locations from across the country were also added to the list on Saturday.

In the Far North, the Westpac Kerikeri branch between 10.13am and 10.45am on Wednesday.

Several other locations in Tauranga, Waikato and the Far North were also added on Friday. This included an Asian supermarket in Tauranga that had been identified as a high-risk location of interest linked to the outbreak.

Best Buy Asian Supermarket on Second Ave in Tauranga was added at 4pm on Friday.

Those who visited the supermarket between 3.15pm and 5pm last Sunday are asked to self-isolate, test immediately and again on day five after exposure.

The Ministry of Health said it would not publish all low-risk locations of interest in red areas under the new Covid protection framework, saying it would list high-risk exposure events instead.

This list can be viewed in two ways: Date of visit (locations added today have the word NEW beside them) or, if you switch the toggle to Date included, newly added locations appear at the top of the list.

If you were at a location of interest at one of the specified times, you may need to self-isolate and be tested. Follow the instructions for that location on the Ministry of Health website and call Healthline on 0800 358 5453 for advice on testing.

This list is automatically updated as soon as locations of interest appear on the Ministry of Health website.