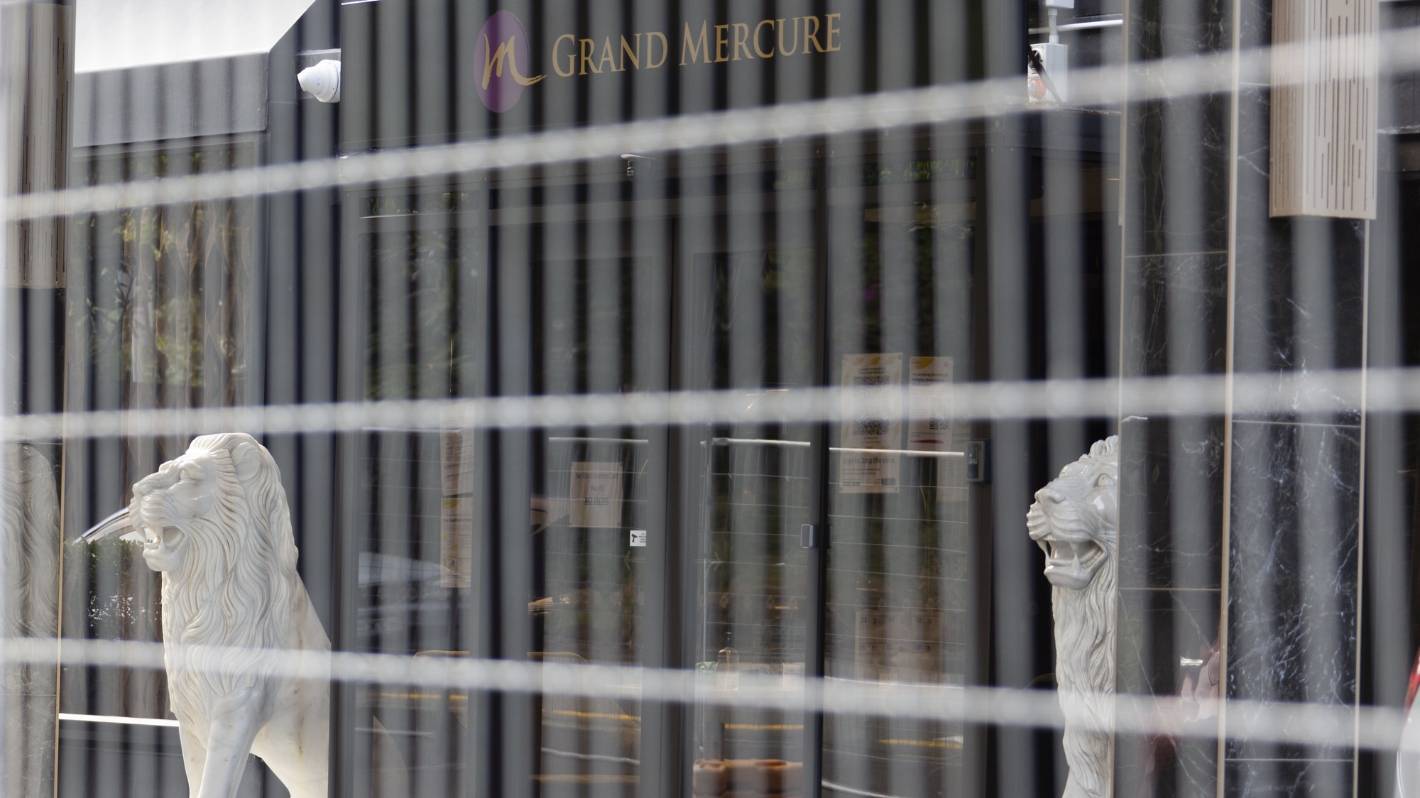 The Grand Mercure Hotel is the Managed Isolation Quarantine Facility in Wellington. The eighth round of the MIQ virtual lobby opened at 1pm.

More than 24,600 people hoped to secure one of the spots in the largest offering of managed isolation rooms yet in the eighth round of the virtual lobby.

The lobby opened at 11.40am on Thursday, rooms started to be released at 1pm and by 3.45pm, the 4230 rooms across November, December, January and February were gone.

Only one person can make a booking, entering passport numbers for each person. A group shows up as one person in the queue.

READ MORE:
* More than 24,000 vied for 4,000 rooms in largest MIQ lobby offering to date
* MIQ’s ‘lowest’ virtual lobby demand not based on real people tally
* Round six of MIQ virtual lobby books out as Kiwis try to reunite with family, in smallest queue to date

The virtual lobbies involve thousands of people around the world logging in for a chance to gain a room in a managed isolation and quarantine facility and, therefore, a way into the country.

Anyone securing a room from now on will be required to complete only a seven-day MIQ stay, down from 14 days, following an announcement from the Government last month.

“We are phasing the release of the extra rooms created through the seven-day stay, as we closely monitor our capacity in light of the community outbreak and re-build our reserve,” the joint head of MIQ, Chris Bunny, said in a statement.