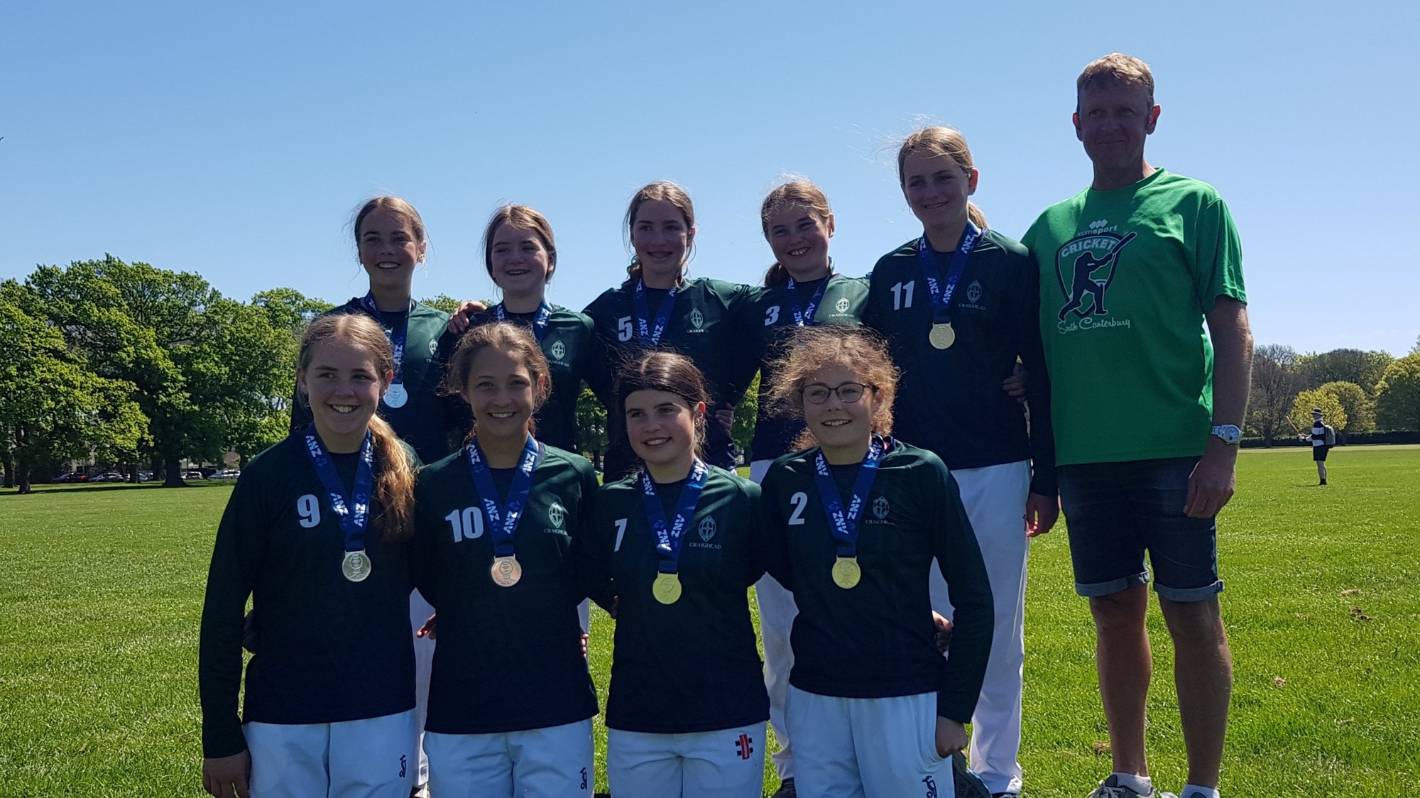 The performance of a Timaru secondary school’s year 8 cricket team is helping foster a revival in the growth of girls playing the sport in South Canterbury.

The team from Craighead Diocesan School is a relatively new setup and enjoyed success recently at the two-day regional tournament held at Christchurch’s Hagley Park, winning two and losing one match to finish runner-up at the Canterbury playoffs for the New Zealand Cricket Shield, with the winner heading to the national playoffs.

This feat was all the more impressive when considering only two players knew how to play cricket before the competition began in February.

In the regionals, victories over Christchurch Southern Intermediate and Waimea sandwiched a 21-run loss to Heaton Intermediate which had been national champion for the past few years.

Coach Jaime Linton was all praise for the team’s efforts against Heaton.

“It is good to see how quickly they [the team] developed, how fantastic it was for a team who had just two cricketers [Camryn Linton and Sophie Kelly] in February and then to go on and do what they did against Heaton, nearly beating them, who have been the national champions for quite a few years,” Linton said.

“So we actually got their whole team out, and then we had just three of our wickets down and ran out of overs, we came down very close and were within the striking distance.

“The girls finished second to Heaton, but they left their mark with many comments from Canterbury supporters who want to see them competing in the girls cricket in South Island,” team manager Belinda Kelly said.

“Huge credit goes to Jaime Linton for his coaching, guidance and belief in this great group of girls, and It is exciting for the future of girls cricket in South Canterbury.”

Linton said while Canterbury and Otago regions were strong, South Canterbury was trying hard to develop girls and get good numbers.

“Locally we haven’t had a Craighead team for quite a while as a representative cricket side,” Linton said.

“They are a great bunch of girls, and basically I started coaching them in February, and it has been fantastic.

“Basically, two girls Camryn and Sophie wanted to put in a team for the play-offs, and so they got together a group of girls and asked me if iI could coach them to go to the local South Canterbury tournament and that is when I got involved.”

Linton said the team had paved the way to form a first all-girls team to play in the South Canterbury Saturday junior competition under the Pleasant Point banner.

Kelly said that in the Pleasant Point team, they have been joined by five others from around the South Canterbury region, which has helped swell the playing numbers at Pleasant point to 82 juniors.

“The girls had a win against Twizel on their first outing, so the future for the girls cricket is exciting.”

Pleasant Point is also looking for an additional pitch to accommodate the increase in the numbers, with funding being sought.

Talking about the low participation rates in girls cricket in the region, Linton believes that all it requires is a driving force to ignite that passion.

“I think basically you need a driving force [referring to the two girls – Linton and Kelly], and when you get a group that is keen [to play cricket], that is a driving force in itself, and the coaching and parental support comes along behind it.”