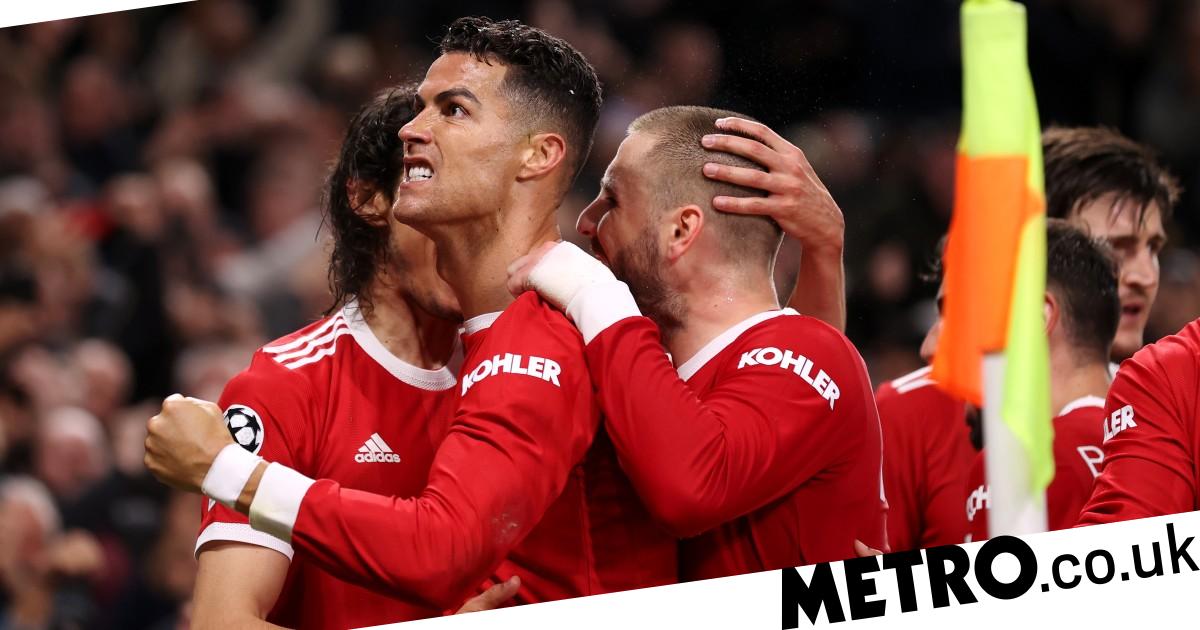 Cristiano Ronaldo scored an emphatic headed winner as Manchester United came from two goals down to beat Atalanta 3-2 in a Champions League thriller at Old Trafford.

Mario Pasalic andMerih Demiral found the net as Atalanta raced to a two-goal lead inside 29 minutes before Marcus Rashford reduced the deficit with a smart finish shortly into the second half.

Harry Maguire found the corner brilliantly to equalise in the 75th minute and the stage was set for Ronaldo, with Ole Gunnar Solskjaer under intense pressure after a miserable run of four defeats in seven games.

And with Atalanta’s inexperienced back-three up against it in the closing stages, Ronaldo was on hand to take the roof off the Theatre of Dreams just as he did three weeks previous versus Villarreal.

The Red Devils had dropped to the bottom of Group F earlier in the evening but the victory gave Solskjaer’s men a two-point at the summit, with Villarreal beating Young Boys 4-1 in Wednesday night’s other match.

Solskjaer recalled Scott McTominay and Fred to bring greater ‘solidity’ and ‘balance’ to his starting XI, but United’s midfield appeared as penetrable as they did against Leicester in a frantic opening period in Manchester.

Atalanta caught United’s defenders napping with a quick free-kick in the 15th minute and Pasalic directed home Davide Zappacosta’s cross from the right flank, their first real chance, to silence the home crowd.

The hosts had looked to be growing into the game but their woes deepened on the half-hour mark as Demiral outjumped Maguire to nod a fizzing Teun Koopmeiners corner past David de Gea.

The Red Devils wasted two golden opportunities to reduce the deficit on the stroke of half-time, with Fred missing the target and Rashford firing over via the crossbar.

United flew out the blocks in a lively start to the second half and Musso again stood strong to deny Ronaldo before Rashford fired an effort wide of the upright.

However, Rashford latched on to an exquisite through ball from Fernandes and finished neatly into the far corner to give Solskjaer and Co a glimmer of hope with 35 minutes remaining.

United were inches away from drawing level just before the hour-mark as McTominay directed the ball against the upright from close range, with Atalanta’s energy levels plummeting.

Solskjaer introduced Paul Pogba and Edinson Cavani to inject some life with 25 minutes remaining, but Atalanta were closest to scoring next as De Gea kept both Duvan Zapata and Ruslan Malinovskiy out with a pair of stunning saves.

United fought back with a string of attacks of their own and Maguire found the corner of the net to equalise from a corner.

Atalanta were visibly tiring as the clock wound down as United sensed blood as Luke Shaw swung in a pinpoint cross for Ronaldo, who powered his header home to send Old Trafford into raptures.