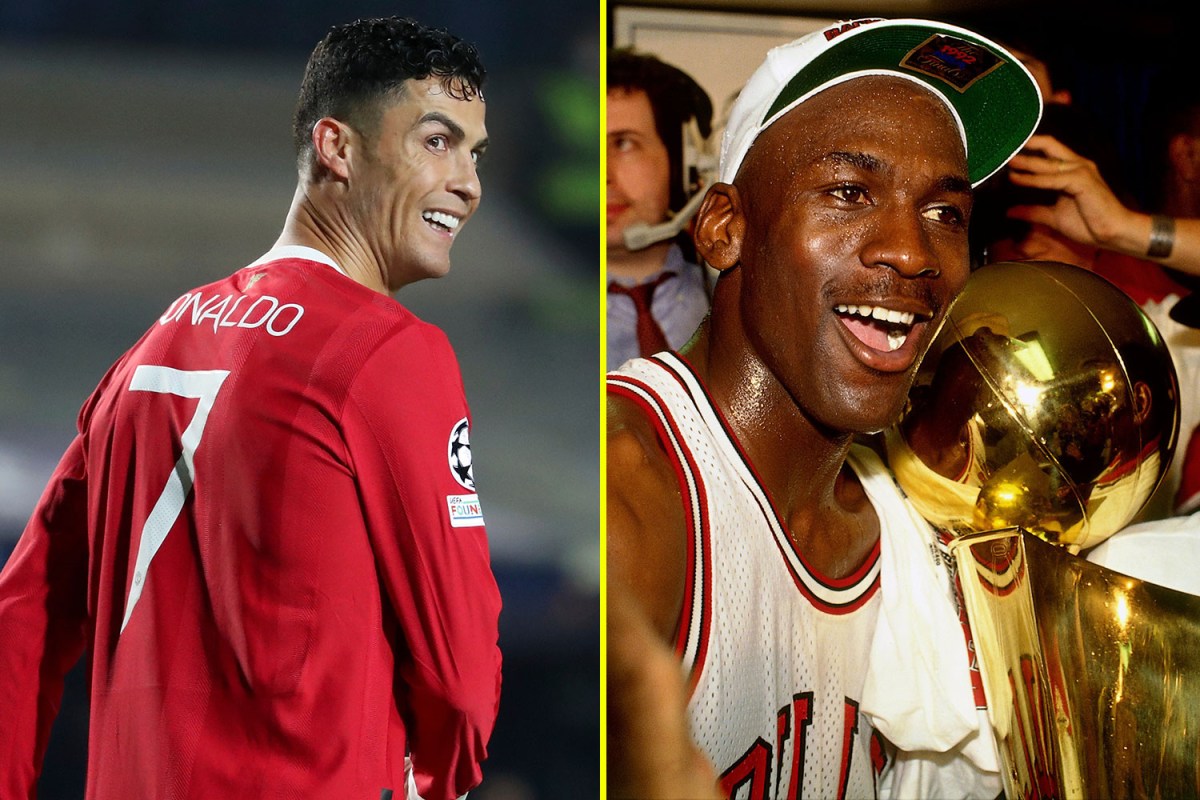 Cristiano Ronaldo is so important to Manchester United right now and keeps coming up in the clutch moments for Ole Gunnar Solskjaer.

A brilliant double from Ronaldo salvaged a point for the Red Devils in the Champions League against Atalanta.

It was the third consecutive European game he has changed the result late on and now has nine goals in 11 games since his return this summer.

The 36-year-old is the man for the big moment and received huge praise from his manager after the game.

Perhaps the most clutch sportsman in history is Michael Jordan during the Chicago Bulls’ dominant era in the 1990s in the NBA.

Solskjaer made the comparison between his star man and the basketball legend.

“Cristiano for us is like Michael Jordan for Chicago Bulls,” Solskjaer said. “No one can question the character of these players.

“They just don’t give up and they don’t give in and they keep going. We had to make a few changes, and they worked.

“It was a tight game that flowed both ways. I think their first goal was offside because he interferes with David’s view and the second goal is very close.

“But Cristiano is just incredible. That’s what he does and if there’s anyone you want the chance – and a difficult chance – to go to in the last minute it is him. His technique on that volley was incredible.”

Ronaldo hailed the draw as a ‘good result’ and said United were rewarded for their perseverance.

He told BT Sport: “It was a difficult game but we believed until the end. I helped my team to get one point and I’m so happy.

“We never give up. We believe until the end and it’s a good result for us.

“The beginning was tough. We knew Atalanta would do a lot of pressure. They have a fantastic coach and know what to do. I know when I played in Juventus they were always difficult to play against.

“We were a little bit lucky in the end when I scored, but this is football. We have to still improve and adapt with each other. But we have time to improve and be better.”