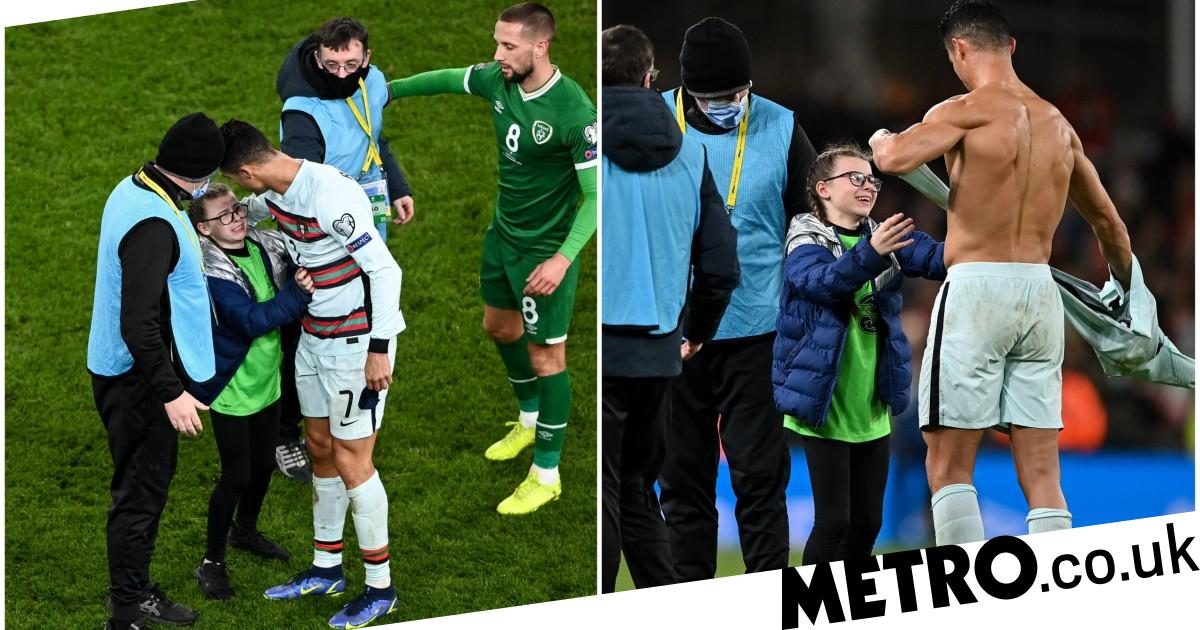 Cristiano Ronaldo gave his shirt to a young fan who ran into the pitch following Portugal’s goalless draw with Republic of Ireland in Dublin.

Following the full-time whistle, a young female fan approached the Manchester United forward having found her way onto the pitch.

While security appeared to be ready to usher her away, Ronaldo intervened, hugging the fan before handing over his shirt to cheers around the Aviva Stadium.

Earlier on in the contest, the 36-year-old was made to dodge another pitch invader who has snuck onto the Aviva pitch.

The fan managed to evade security to get close to the veteran forward but was eventually dragged away by stadium staff.

Ronaldo endured an otherwise quiet evening in Thursday’s World Cup qualifier in the Irish capital, with goalkeeper Gavin Bazunu keeping out his late attempt to seal the win deep into injury time.

Portugal are joint top of their qualifying group and will qualify for the 2022 World Cup if they avoid defeat against Serbia in Lisbon on Sunday.

Ireland, who endured a disappointing start to their qualifying campaign, need to win away to Luxembourg the same day to finish third.