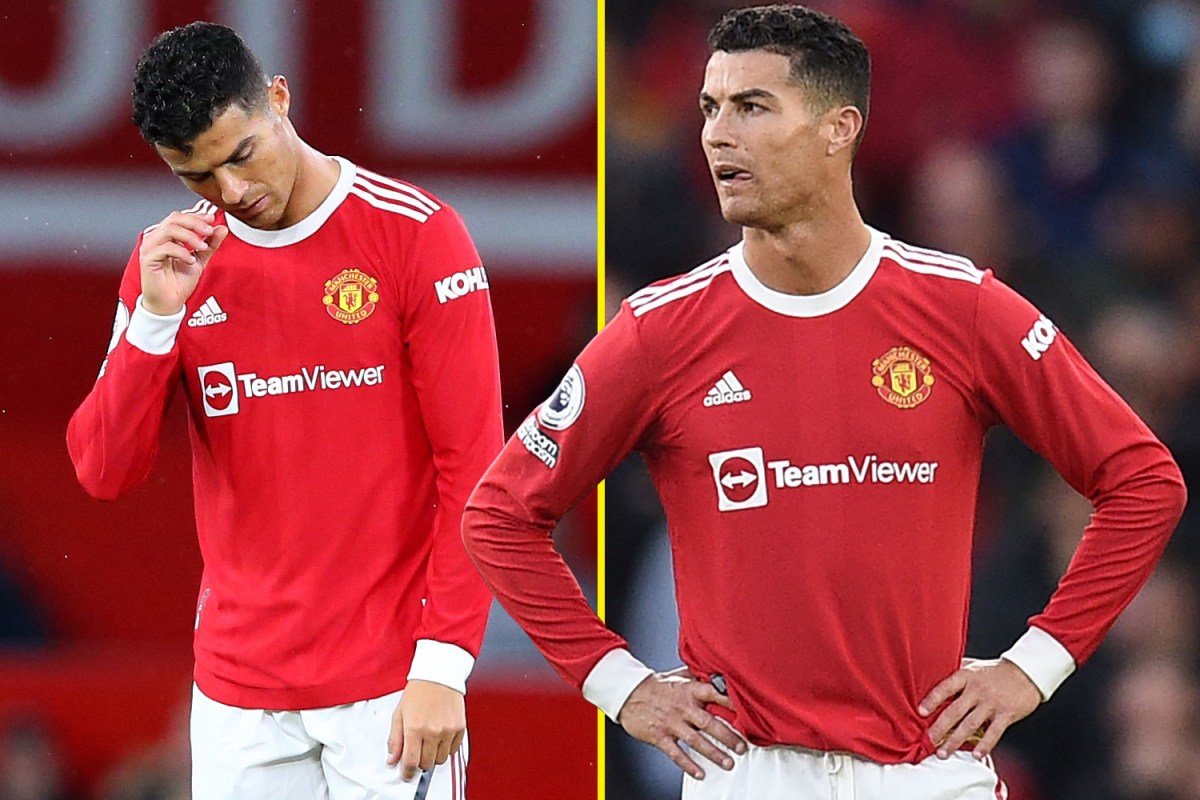 Cristiano Ronaldo’s return to Manchester United has been called into question following a rare drought in the Premier League.

Despite scoring in each of the Red Devils’ last three Champions League clashes, domestic goals have dried up for the Portugal icon.

After netting twice on his second United debut against Newcastle and again at West Ham, the 36-year-old has failed to find the net in all five top-flight fixtures since.

It’s his longest barren run in any league since 2009 – and it’s come amid a desperate run of form for Ole Gunnar Solskjaer’s men.

They’ve failed to win the last four Premier League matches, with their most recent result a 5-0 humiliation against Liverpool at Old Trafford.

Many expected United to challenge for the title after spending big to get Ronaldo back, alongside expensive acquisitions of Jadon Sancho and Raphael Varane.

“Solskjaer has got to pick an XI that he can rely on,” Gray told the talkSPORT Breakfast.

“I’m probably going full-circle here, but I do question Ronaldo coming back for Man United now.

“We talk about going in a direction over the last few seasons for Ole, which was about bringing in young, fresh players, having a lot of energy at the club.

“Look, he’s a fantastic goalscorer and he’s been an incredible player in his career.

“But if you’re going in a direction with a football club and you want to get them to that next level, I don’t think bringing in Cristiano was the right thing to do.”

He added: “When they played against Aston Villa, Bruno Fernandes was on the edge of the 18-yard box with nobody around him. Last season, he would’ve taken that shot 100 times out of 100.

“But he played it out wide to Ronaldo, because Ronaldo’s presence on the pitch makes you feel like you have to pass the ball to him.

“They’ve got to forget about that, they’ve got to get back to winning ways. If you look at City, Liverpool and Chelsea, the way they set-up, their organisation, they set traps for everybody.

“Man United haven’t been doing that.”

However, Gray insists the blame for United’s run can’t be aimed squarely at CR7 and must be shared throughout the United side, particularly in defence.

He added: “Watching Man United, it’s like the defence are playing for themselves, the forwards are asked to score goals, and the midfield are just asked to run around and keep the ball.

“None of that is happening at the moment.

1 – Over the last 20 matches in all competitions of each current Premier League side, Manchester United have registered the fewest clean sheets (1), with only Newcastle (37) shipping more goals over their last 20 games than the Red Devils (34). Sticking. pic.twitter.com/Y7TwQSSnJ2

“Yeah, they might be scoring a few goals. But that back four and the mistakes they were making at the weekend, it was worse than schoolboy. It was ridiculous.

“I love Fernandes, but when you’ve got him running around and trying to do things on his own, it leaves gaps. When you’re playing against a team like Liverpool, they’ll see that, rub their hands together, say thank you very much, and play round you.”

Next up for Solskjaer’s men, it’s Tottenham away – live on talkSPORT this Saturday – as Solskjaer fights to save his job.