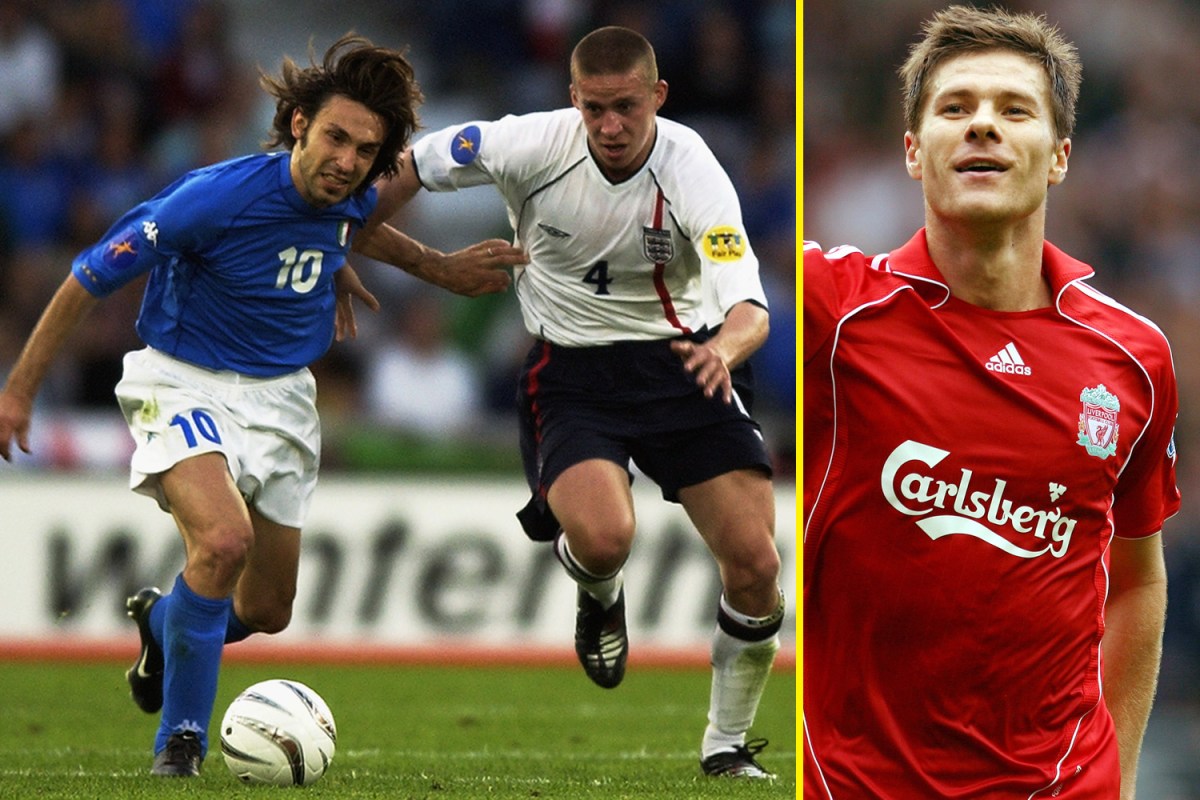 For most England fans, Andrea Pirlo’s brilliance only truly emerged towards the end of his career.

Like a fine wine, the Italy maestro appeared to get better with age.

While his rivals would charge around the pitch, the Azzurri legend could control football matches without breaking a sweat, something which became more obvious deep into his thirties.

The Three Lions discovered his obscene quality the hard way when Pirlo ran rings around them at Euro 2012, before helping to knock them out with a nonchalant Panenka penalty in the shootout.

But Danny Murphy knew about the former midfielder’s class long before that fateful night in Kiev – and he has the shirt to prove it.

The ex-Liverpool star first encountered Pirlo as a youth international at the European Under 21’s Championship in 2000.

And a 20-year-old Pirlo did exactly what he would do to England 12 years later, dominating a Young Lions team which contained Frank Lampard, Jamie Carragher, Ledley King and Murphy.

The Italian even converted a penalty that day, sealing a 2-0 win after Gianni Comandini’s header.

Speaking to Darren Bent on talkSPORT Edge’s latest episode of ‘Shirt Swap‘, Murphy recalled: “I didn’t know much about him at the time. Howard Wilkinson was our manager and he put me in a holding midfield role, which was where I finished my career.

“I think he wanted me to get on the ball and try to play. Pirlo was playing as a No. 10.

“Every time I looked around, ‘Where is he?’ They just kept finding him. He was two-footed, I noticed straight away that he didn’t have a problem going either way.

“It’s a problem when you’re defending against someone, because you want to show them on one foot.

“He was brilliant and he dominated the game. When we swapped shirts, back then it was more who you were up against on the pitch, rather than wanting their shirt.

“It was a mutual respect. We had a tussle, he was the best player, shook his hand, swapped shirts.

“I always remember saying to people, ‘I played against this lad with the U21s for Italy, wait until you see him!’

Murphy, a gifted technician himself, played alongside greats like Steven Gerrard at Liverpool and passed the baton to Xabi Alonso upon leaving Anfield in 2004.

And Murphy explains why the Spain legend has the edge on Pirlo, if he had to choose…

He added: “It’s very hard to say. Alonso, for me, was a bit more varied. He could mix it physically. He could rough you up and tackle, get his foot in. He had a bit of nastiness about him.

“Pirlo was pure technique. He didn’t want to get involved in the physical stuff. So I’ll probably give it Alonso.”