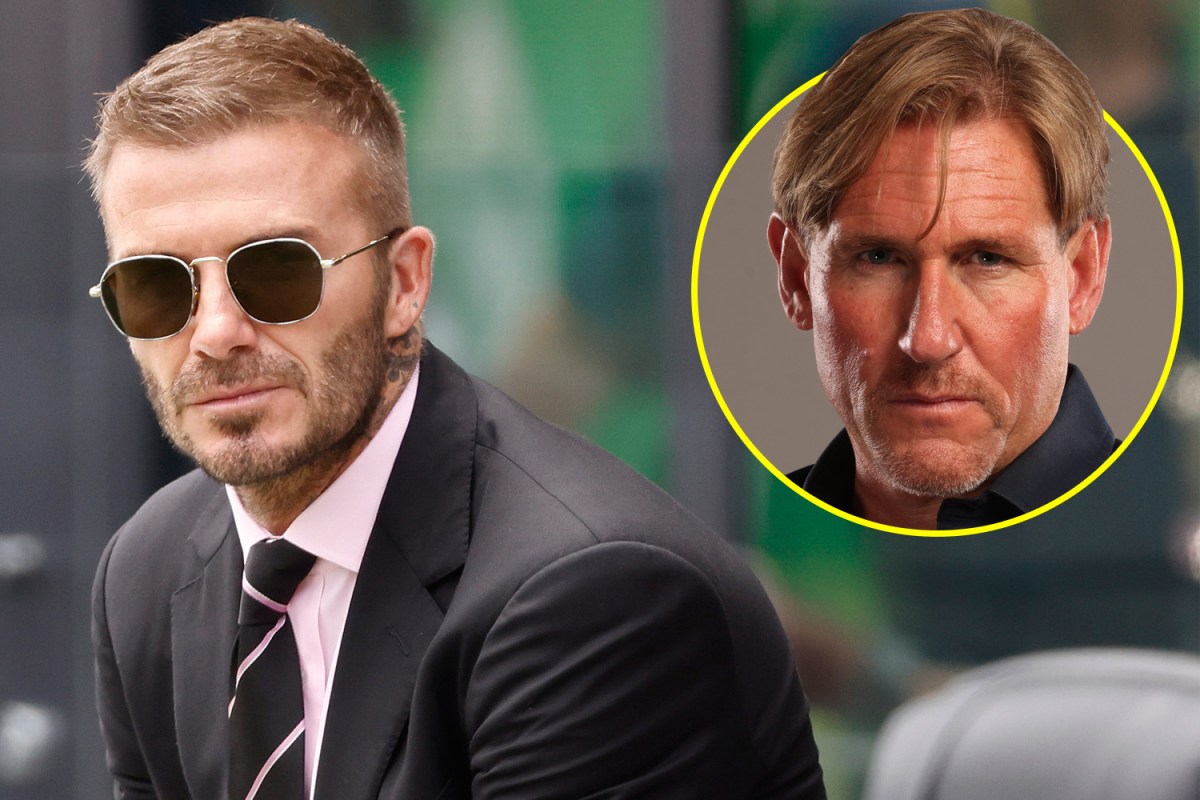 Simon Jordan has accused David Beckham of hypocrisy and misusing his reputation for cash after becoming an ambassador for the 2022 World Cup in Qatar.

The England icon has reportedly signed a £150million deal to promote the tournament, which has been levelled with corruption claims and questions over Qatar’s human rights record ever since FIFA’s controversial decision to let the country host in 2010.

Amnesty International have urged the 46-year-old to address the ‘deeply concerning’ circumstances in Qatar, where migrant workers building World Cup stadia are thought to have suffered appalling conditions, and where same-sex relations are illegal.

Beckham’s work with UNICEF and other humanitarian causes, along with his football career and celebrity stardom, make him one of the most popular sporting figures in the world.

In a passionate rant on talkSPORT, the White and Jordan host said: “This is a tournament that is steeped in corruption, in a sport that he has made his name and fortune and reputation from, and one he purports to love.

“So he shouldn’t really want to be overly attached to a sporting regime which has put forward a tournament steeped in corruption and going into a country conflicted by human rights issues, that marginalises certain members of society.

“What makes Beckham want to be involved in promoting and legitimising an event to such extent? David says it’s because he’s seen changes.

“I’m not sure how much time he’s spent in Qatar. I would imagine the change he’s seen is the size of the cheque they’re prepared to write for him, for him to endorse and legitimise a set of circumstances that should not be legitimised.

“It shouldn’t be validated, shouldn’t be polished up and made more consumable, shouldn’t be washed through sport so people forget the principles of the things that are being ignored in these countries.”

A spokesperson for Beckham told talkSPORT: “Of course David wanted to ensure that he was informed about the facts and any concerns that he might have for his gay friends, football supporters and fans.

“Some of the laws and beliefs in the region differ to his own but the Qataris have always said that everyone will be safe and welcome at the World Cup in 2022 and he believes that commitment is sincere and has seen evidence of proactive engagement with the international LBGTQ community by the World Cup organisers.”

However, Jordan does not see anything sincere about Beckham’s new ambassadorial role for Qatar.

“It’s easy to sit on the sidelines and suggest what I would do… but there’s an element of hypocrisy about it [with Beckham].”

He continued: “The reason you want Beckham is not for a spelling competition, it’s because you want to use the polished image to see passed what’s really there, which is a corrupt tournament, awarded in a corrupt way, to a regime which has some things which are totally unacceptable.

“You can’t sit there and say you’re for this and for that, and take all the benefits of a very polished PR reputation that is supposed to index itself to very valuable causes, that wanted to get itself a knighthood, that was apparently disappointed it didn’t get a peerage.

“And then suggest certain things are right, in exchange for a big bag of money.”