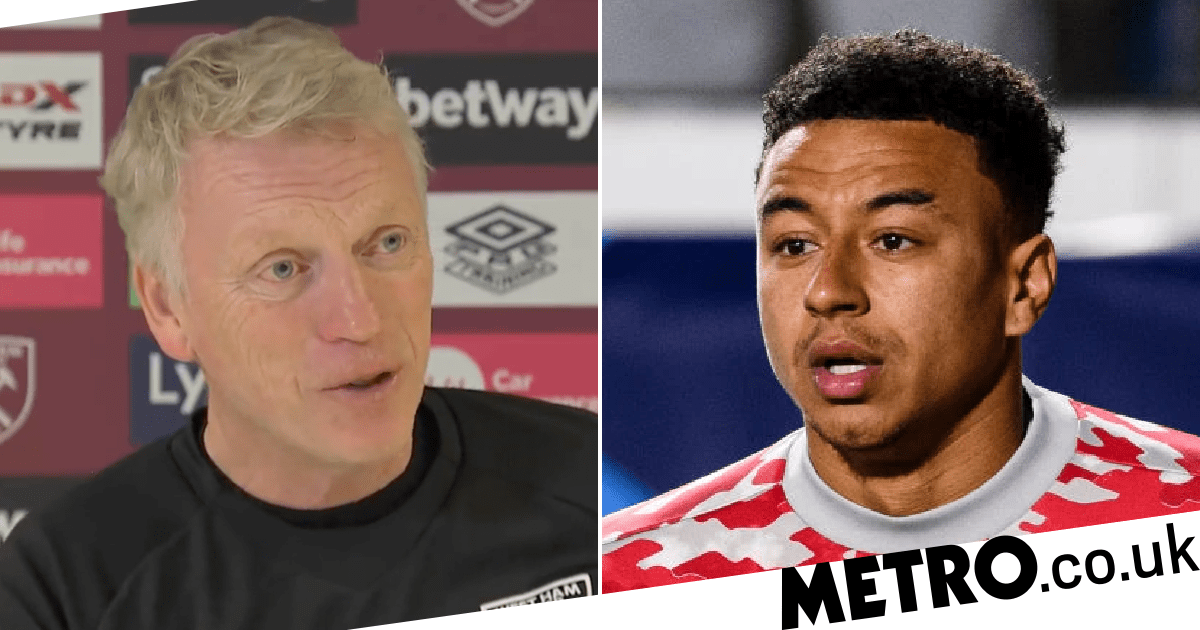 West Ham head coach David Moyes has played down speculation Jesse Lingard could be on his way back to the club in the January transfer window.

Lingard, 28, is actively seeking an escape route out of Manchester United this winter and the Hammers are being mooted as a realistic option once again on the back of the midfielder’s outstanding six-month loan spell in east London last season.

The England international – who is out of contract next summer – had hoped to make an impact in United’s first-team this term, but has been limited to just substitute appearances in the Premier League under Ole Gunnar Solskjaer.

Talks over a possible contract renewal have subsequently collapsed and Lingard dropped his biggest hint yet that he could be returning to the London Stadium earlier today.

However, speaking at his pre-match press conference previewing West Ham’s upcoming clash with Wolves, Moyes underlined that it’s ultimately up to the Red Devils to decide Lingard’s future.

‘He’s a Manchester United player and I’m not going to talk about players at other clubs,’ the Irons manager told reporters.

‘All I can say is we really enjoyed having Jesse, he made a great contribution to the team and he’s helped the team.

‘The team’s moved on, we’ve kicked on again so, look, Jesse is a Manchester United player and it’s up to them to decide what he does.’

West Ham have enjoyed a superb start to the campaign and sit third in the English top flight ahead of their trip to Molineux.

Declan Rice has been integral to the Hammers’ recent success and England legend Glenn Hoddle recently suggested the midfielder was the best player in the Premier League on current form.

Asked about Hoddle’s comments, Moyes responded: ‘He’s not telling us anything that we don’t know here at West Ham.

‘So if you’re getting that from Glenn Hoddle it’ll not be far off the mark.

‘At the moment he’s as good as anyone in my mind, but we’re keeping it quite calm and we’re not talking too much if we can help it.

‘But obviously he’s such a good talent, he’s earning all the praise himself, the accolades are coming from all the pundits and quite rightly so because he’s a very good player.’

West Ham came agonisingly close to securing Champions League football last season and Moyes has made no secret of the fact he is targeting a top-four finish this term.

Asked whether his side could even be title challengers, the Scot replied: ‘No, but I want to challenge the top four. I said that right at the start of the season. We finished two points outside of the Champions League last year.

‘But I felt that would be a good target and a realistic chance to say, “Come on! Can we take them on, can we challenge them, can we give them a better game? Can we be as consistent as we were last season?”, and at the moment I’d have to say the players have shown they can do that.

‘But we’re only a third of the season through and we’ve got a good way to go yet.’