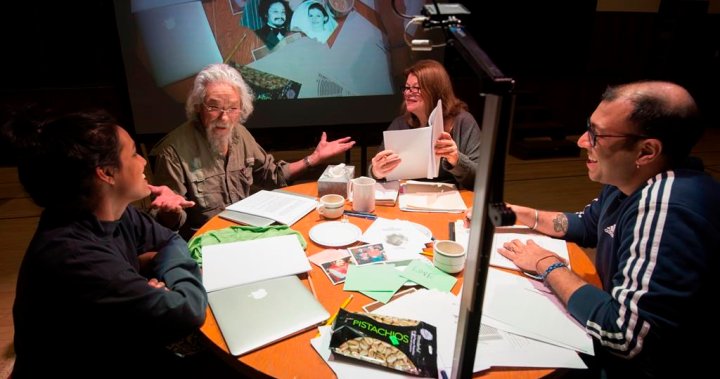 David Suzuki has apologized for a recent comment he made warning there will be “pipelines blown up” if governments don’t take rapid action on climate change.

The Canadian environmentalist, scientist and broadcaster made the explosive suggestion in a Nov. 20 interview with CHEK News after an environmental march in Victoria.

He apologized Thursday for the “poorly chosen” remarks in a statement from the David Suzuki Foundation.

“Any suggestion that violence is inevitable is wrong and will not lead us to a desperately-needed solution to the climate crisis,” he said.

“My words were spoken out of extreme frustration and I apologize.”

In the interview with CHEK, Suzuki said world experts have been telling the public for more than 40 years that humanity is in “deep, deep doo doo” because of inaction on climate change.

“This is what we’ve come to,” he said. “The next stage after this — there are going to be pipelines blown up if our leaders don’t pay attention to what’s going on.”

“Enough is enough,” he said in a Tuesday news conference. “What he can add usefully to debate about anything when they are the kinds of views that he holds?”

Both Kenney and federal Conservative leader Erin O’Toole expressed frustration with the lack of national denunciation of Suzuki’s behaviour.

“What is happening in this country when the prime minister won’t condemn language like that?” O’Toole asked Wednesday in Ottawa.

The David Suzuki Foundation said the remarks were “born out of many years of watching government inaction while the climate crisis continues to get worse.”