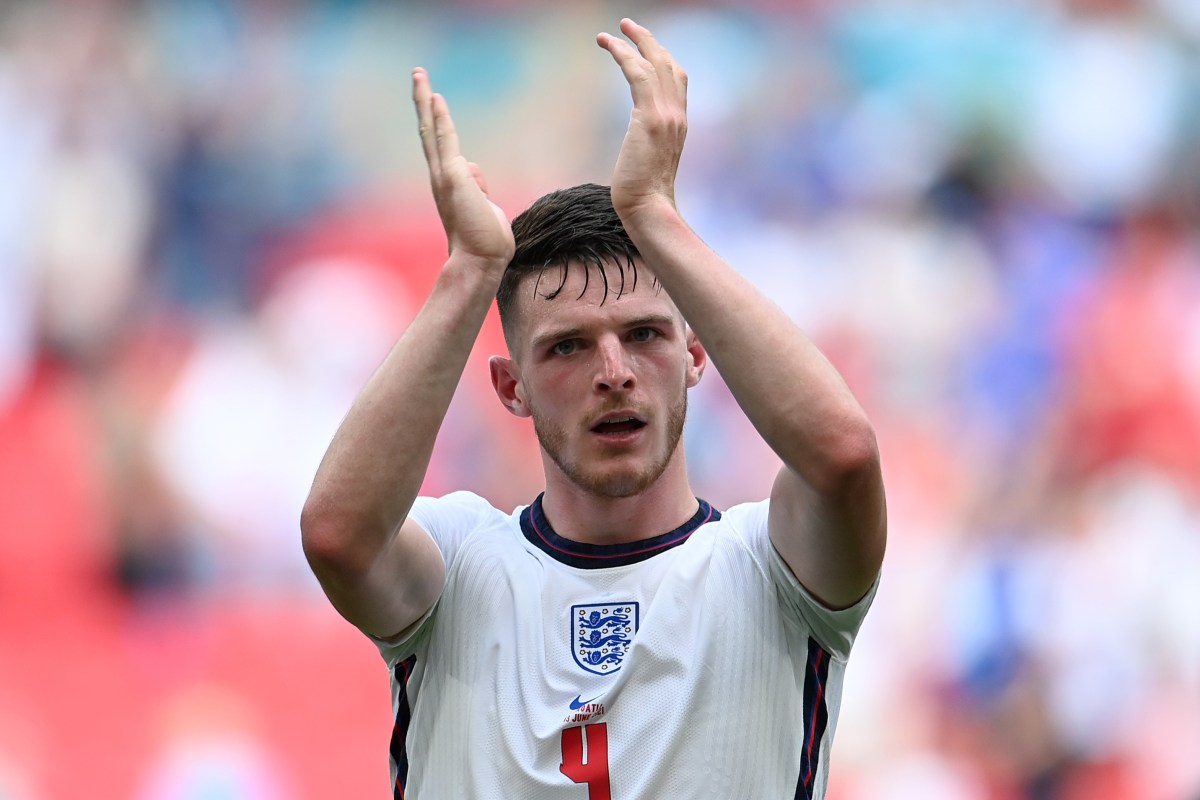 West Ham midfielder Declan Rice has withdrawn from the England squad due to illness.

The 22-year-old is the latest member of Gareth Southgate‘s squad to be unavailable for games against Albania and San Marino.

Southampton midfielder James Ward-Prowse and Marcus Rashford of Manchester United had already returned to their clubs.

“Declan Rice has withdrawn from the England squad,” the Football Association confirmed in a statement on Wednesday evening.

“Having been unable to train due to illness since reporting to St. George’s Park, the midfielder has returned to West Ham United and will play no part in the forthcoming FIFA World Cup qualifiers.

“No additions to the squad are planned at this moment in time. Mason Mount and Luke Shaw are still yet to link up with the group and continue to be assessed following dental surgery and concussion respectively.”

Rice has enjoyed a fine start to the season with the Hammers, who sit third in the Premier League having beaten Liverpool last weekend.

The 22-year-old has also scored twice in four Europa League appearances, having played in all of England’s games en route to Euro 2020 final defeat to Italy in the summer.

Southgate may have lost three players but so far only Arsenal attacking midfielder Emile Smith Rowe has been added as a replacement, being promoted from the under-21 squad for his first senior call-up.

The youngster has scored four goals and provided two assists for Mikel Arteta’s side so far this season.

He will now potentially get the chance to show what he can do on the international stage, as the Three Lions prepare for two World Cup qualifiers over the next fortnight.