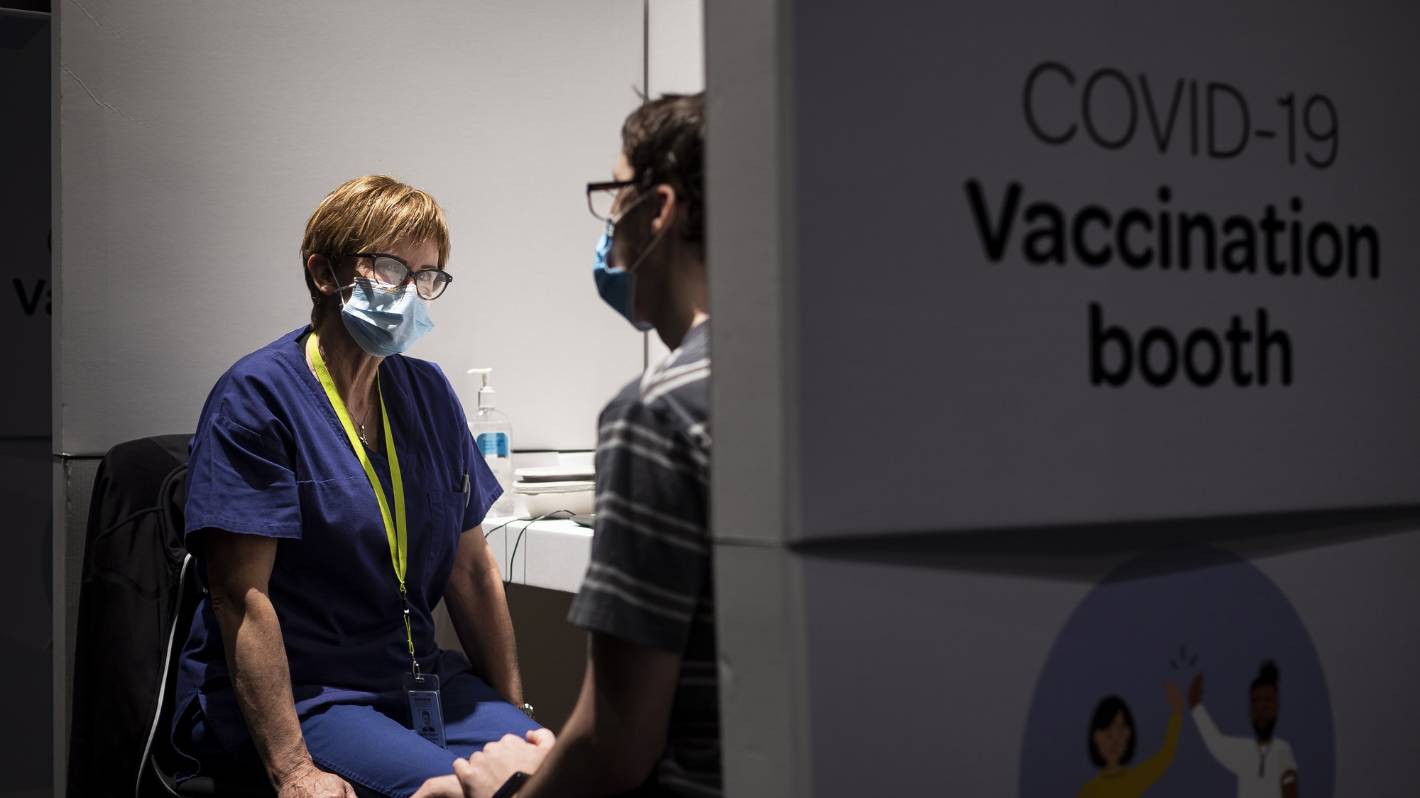 Small groups of health professionals and teachers have lost an attempt to stop the mandate that requires them to be vaccinated by next Monday.

The groups, and four midwives, took their case claiming the mandate was invalid, to the High Court on Monday.

They said the mandate – which stipulates they must have had their first Covid-19 vaccination by November 15 – was invalid if interpreted consistently with their right to refuse medical treatments.

In a decision issued on Friday in Wellington, Justice Matthew Palmer disagreed and declined the challenge to the mandate on those grounds.

In a separate decision the judge also refused to stop the mandate being enforced pending a further court hearing on November 22. That hearing is about what should happen until a second part of the health workers and teachers’ groups case was heard, probably in December.

Three cases to have the mandate order declared invalid have now failed on behalf of a customs border worker, four aviation security service staff, and the latest one involving the midwives, health workers and teachers, the judge said.

He was given evidence about genuine concerns of the teachers, but some concerns did not appear well-informed or well-founded, he said.

Preventing the Crown from enforcing the order in its first week of operation would cause significant disruption, and it was not even clear that it would stop others enforcing the mandate, the judge said.

On the evidence he had it did not seem likely that the mandate would cause institutions to close in the coming week, or that job losses could take effect in that period.

He could not decide what effect it might have on the re-opening of Auckland schools.

Health and education institutions might be short of staff during the week if some staff members were not vaccinated at all, he said. He understood the mandate would mean they could not attend “in person”.

But that was the point of the Order, to avoid unvaccinated health and education practitioners exposing patients and children to the risk of spreading Covid-19, the judge said.

The groups in the case were New Zealand Doctors Speaking Out with Science (NZDSOS) and its related group for teachers (NZTSOS).

NZDSOS’s members include 79 doctors, 48 dentists and 26 pharmacists while NZTSOS’s members were teachers, principals and members of boards of trustees.

The judge agreed to make the midwives in the case anonymous.

“It is quite clear that the issue of vaccination against Covid-19 has become a socially divisive issue in New Zealand, arousing strongly expressed views on both sides,” he said

“Sadly, the applicants’ concerns about bullying, harassment, and vilification of themselves and their family members may have foundation.“

He said that a “no jab, no job” mandate was not a human rights violation.

“The whole idea of a vaccination programme is to keep communities safe – it doesn’t work if those working closely with some of our most medically vulnerable could potentially pass on a deadly virus.”

From January 1, 2022, all healthcare practitioners, including those in non-clinical roles, will need to be fully vaccinated as part of their terms of employment.

CLARIFICATION: This story has been amended to include reference to a further hearing in this case that will consider other legal aspects of the vaccine mandate. (Amended November 12, 2021. 7.37pm)