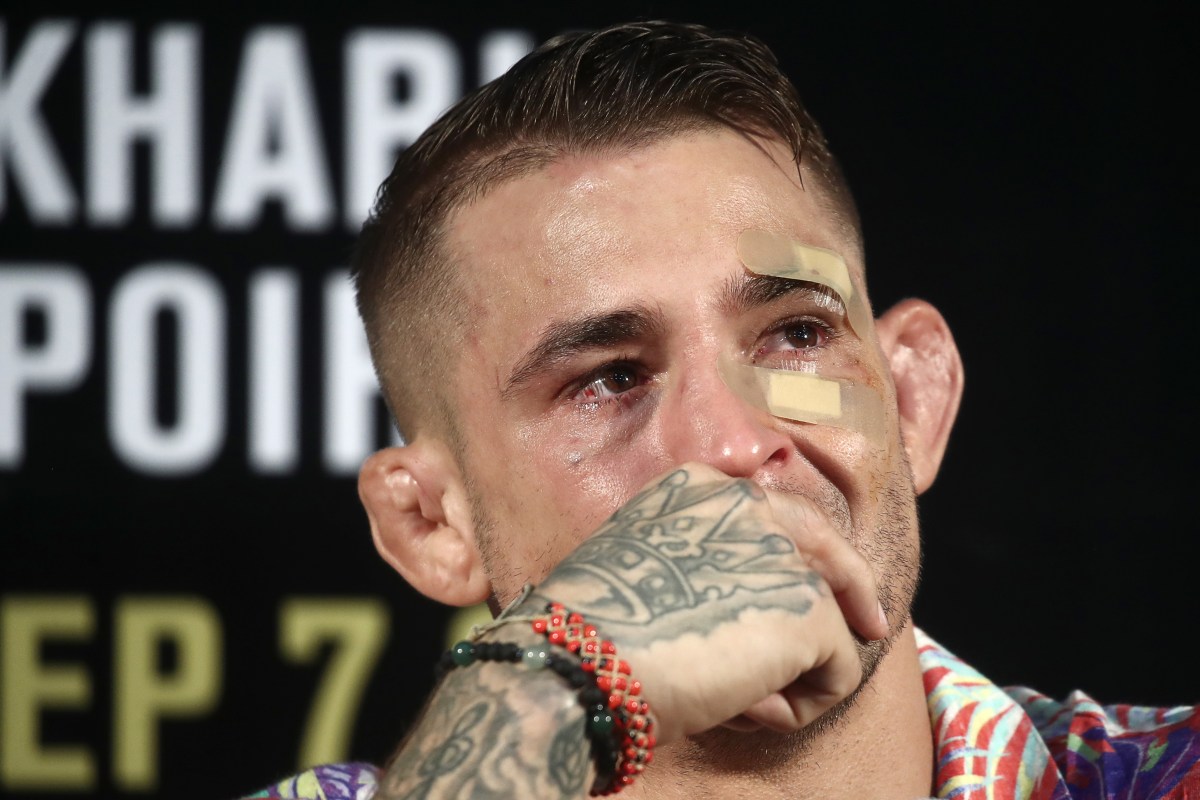 Dustin Poirier admitted defeat to Khabib Nurmagomedov in 2019 left him ‘beat up and heartbroken.’

After losing to Conor McGregor in 2014, Poirier moved up to lightweight and established himself as one of the very best fighters on the planet.

Wins over Anthony Pettis, Eddie Alvarez and Justin Gaethje set ‘The Diamond’ on the path to the title and he realised those dreams when he defeated Max Holloway at UFC 235 to lift the interim belt.

All that remained was the small matter of ending Khabib’s impressive 27-fight win streak and doing what no man had ever done before to become the undisputed king at 155lbs.

As it transpired, the Louisiana-native had a few fleeting moments in the fight, but ‘The Eagle’ proved too much and dominated the fight until he choked the challenger out.

Back-to-back victories against McGregor have exorcised the ghosts of that initial loss at UFC 178, with the chance to right the wrongs from Abu Dhabi at UFC 242 against Charles Oliveira on December 11.

“After the Khabib fight, I was beat up and heartbroken,” he said on the MMA Hour.

“When all the cameras go away, when all the music stops playing, when you’re by yourself and you look in the mirror after a fight like that, or you go take a shower and reality sets in, it’s a tough pill to swallow sometimes.”

Oliveira knocked out Michael Chandler at UFC 262 to clinch the belt Khabib relinquished a year ago, but Poirier insists the main event at UFC 269 will not be going the distance.

Poirier added: “Twenty-five minutes is too long to fight with me and not get hit with a shot, not get put in a bad position.”