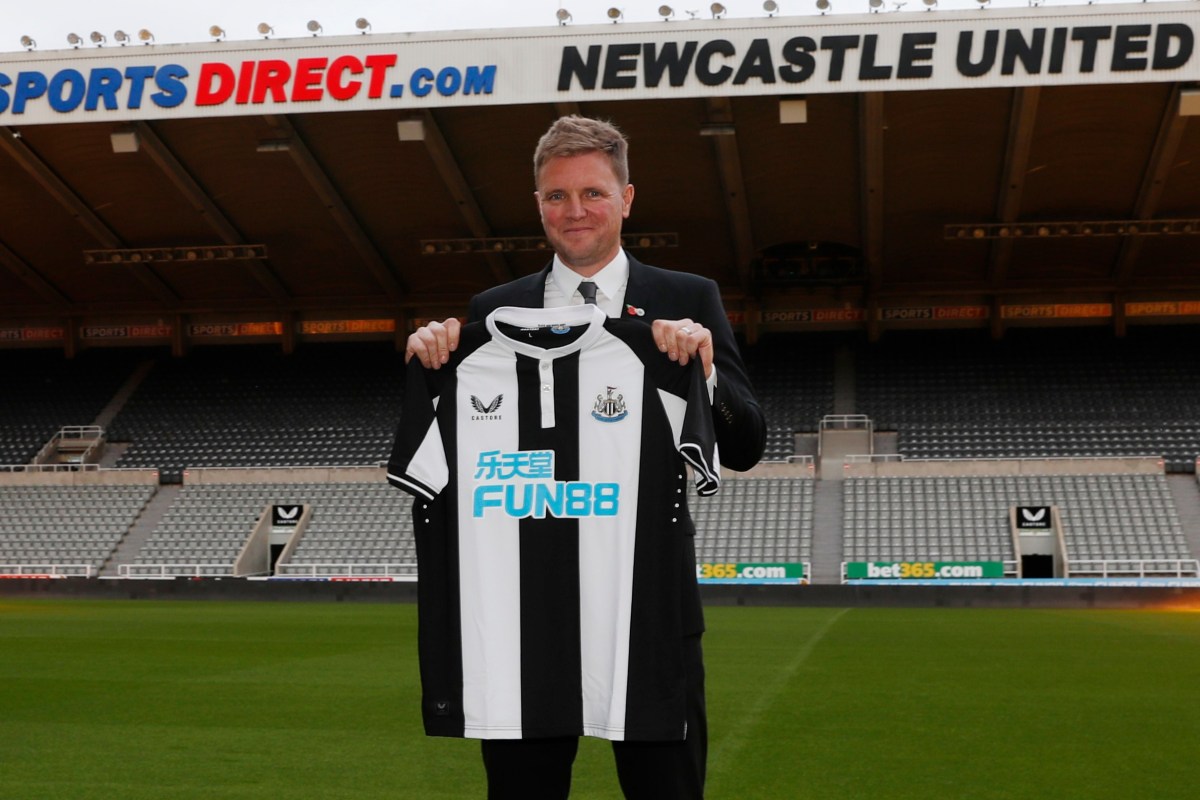 Eddie Howe has warned that he has no ‘magic wand’ that will lift the club out of a relegation battle – but has promised a new era of ‘brave football’.

Speaking for the first time since replacing Steve Bruce at St James’ Park, the 43-year-old said talk of a January spending spree is way down his current agenda as he prepares for his Magpies bow at home to Brentford on Saturday.

Howe said: “We’ve had some very good conversations, but I haven’t delved into the club too much because it’s all about the short-term and obviously the position of the team.

“We need to try to address that very quickly, move up the league, and the aim is to stay in the league and avoid relegation. That’s really my main focus at the moment and everything else can wait until another day.

“I’m absolutely confident we can, but I make no promises on that. There’s no magic wand and it’s going to take a lot of hard work, instilling what we want into the players very quickly.

🗣️ “I will really buy into that culture that is here.”

Eddie Howe has given his first press conference as Newcastle manager.#bbcfootball

“Their application so far has been hugely impressive, but we’re going to need to be consistent for us to get there.”

It is over a decade since Howe began his managerial career by leading Bournemouth to promotion from the fourth tier under a transfer embargo and the former Burnley boss said he had stayed true to the lessons of his first successful season.

While millions of pounds will doubtless be pumped into the club’s transfer kitty, Howe is a firm believer that financial clout alone will not fulfil the new owners’ grand ambitions of turning Newcastle into a continental force.

“My experiences at Bournemouth were so unique, from the first season I had trying to keep the club in the Football League, then a transfer embargo and having to work with no funds,” added Howe.

“We got promoted that year and it taught me to try to get the best out of the tools you have, not to see the transfer market as your only tools to succeed.

“Those principles have lasted with me to this point now, and I think they will help me so much in this job.”