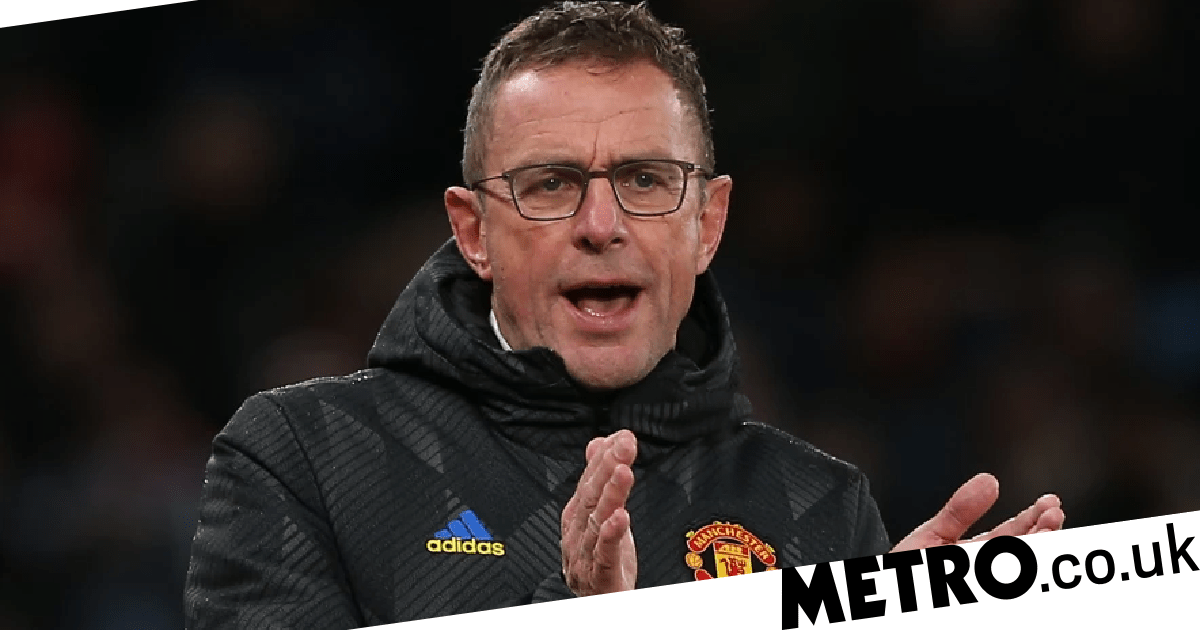 Edinson Cavani and Raphael Varane could be in line to make their first appearances under Ralf Rangnick after being included in Manchester United’s squad to face Newcastle.

United have been without Cavani, 34, since the start of November, but the veteran striker returned to training earlier this month and has gradually stepped up his recovery from a tendon injury in recent weeks.

The Red Devils have been reluctant to rush Cavani back before he was able to prove his fitness and Rangnick has therefore relied heavily on Cristiano Ronaldo, Marcus Rashford and Jadon Sancho in his opening Premier League games against Crystal Palace and Norwich.

But Cavani was pictured arriving at Manchester Airport this evening as the squad prepare to make the trip to the North East and the Uruguayan will no doubt be itching to feature after enduring such a frustrating start to the campaign in the wake of his one-year contract extension.

Varane, 28, who has been sidelined for the same period with a thigh injury, was also photographed outside the airport and is in contention to feature after missing United’s last eight games in all competitions.

Rangnick could be tempted to throw Varane straight back into the fold at St. James Park, despite United recording clean sheets in their last two matches in the English top flight.

The Red Devils have had their last two league games postponed as a result of a Covid-19 outbreak at the club.

However, speaking at his pre-match press conference, Rangnick confirmed Paul Pogba was the only player still missing from training.

‘Yes, as you know, we had last week, the last training session on Thursday, on that day we had eight outfield players and three goalkeepers and then we closed down the training ground for four days in order to break the chain,’ he told reporters.

‘Today was the third day of training this week, we started on Tuesday, we trained yesterday and today.

‘Today we had 25 outfield players. Paul Pogba is the only one missing, everyone else was on board. The development in the last week was extremely positive.’

United remain unbeaten since Rangnick took over the reins as interim manager, with the German overseeing wins over Palace and Norwich either side of a 1-1 draw with Young Boys in the Champions League.

Their opponents tomorrow evening, Newcastle, have suffered three back-to-back defeats at the hands of Leicester, Liverpool and Manchester City and sit second-bottom.


MORE : Marcus Rashford opens up on the impact Ralf Rangnick has made in Manchester United training