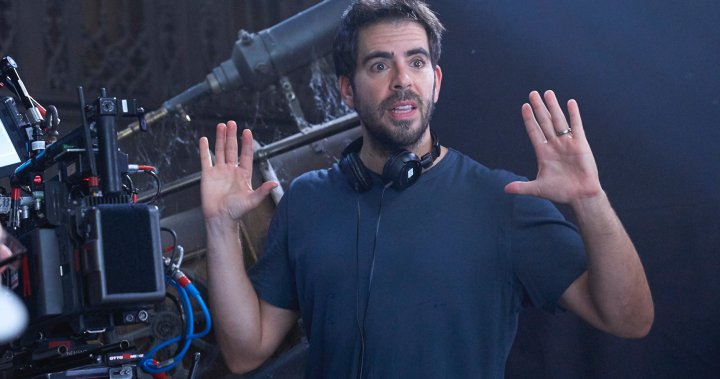 We’ve all seen the typical “ghost story” TV show: a person describes their paranormal experience, accompanied by a poorly cast re-enactment, and you’re taken right out of the story. Suspense is lost and you lose interest.

Horror master Eli Roth (director of movies Cabin Fever and Hostel, among many others) wanted to change up that formula, and the result is the unsettling Eli Roth Presents: A Ghost Ruined My Life. As executive producer of the series, he sought to make the storytelling more exciting; in many of the stories, the producers interview supporting characters like spouses and other family members, providing further corroboration of what allegedly took place.

Even more powerful is the inclusion of said producers, who experience chills, hear noises and witness electrical difficulties, among other things, while the subjects are telling their stories. The combination of all these eerie elements pays off, and the show reaches levels of terror that most ghost-story shows do not.

Global News spoke with Roth about the series and why it’s different from your typical paranormal show.

Global News: This is not your typical “paranormal storytelling” TV show. What elements did you add to make this non-standard fare?
Eli Roth: I don’t watch a ton of ghost shows. I’ve seen them, but in general, I find them all very similar. When I try to do something in horror I always want to put my own spin on it, whether it’s a film like Cabin Fever, which is just full of very weird, weird things, disturbing imagery, or Hostel, which is just me pushing the brutality as far as I possibly can within an R-rating. With ghost shows, I had this idea of a supernatural stalker — what if you’re on a date and you have this crazy stalker or ex that’s obsessed with you, but it’s a ghost and ruining all aspects of your life?

And I thought, is that real? And then we realized that it’s much broader than just relationships, the stalker has relationship connotations. So we started talking to people whose lives had truly been ruined by some kind of paranormal entity. And it wasn’t just the haunting that was interesting to me; what’s interesting is what happens when you go to work and everyone thinks you’re crazy and you can’t date, you can’t have a relationship. No one believes you, and there’s really no way to stop it. There’s no authority you can turn to. And why is it happening and how do you get rid of it? It was incredible, the number of people we found.

They were all different types: You have someone in the military in Iraq, and something latched onto them. Another man who was, like, 19 years old and broke into an asylum as a joke with his friends and something latched on to him. Another woman moves into a house and doesn’t have the money to move out, so she’s stuck there or they move out, and the thing follows them.

I also wanted the crew to be part of it. I didn’t want to just recreate a story or have people talking or have their faces blurred or voices disguised. Like, what if you’re the cameraman on this show? I always think, “Aren’t they in danger?” Can this thing latch onto them? I wanted to see the crew getting saged and the filmmakers going into the house and talking to these people so that we’re aware there’s an element of danger just by talking about it.

I wanted people to watch the show and feel like they’re opening a portal to something — that this could really happen to me. But also, if it is happening to you, I want to know how to deal with it. What did these people do? There’s no manual for it. So that was the approach, to keep it as factually real as possible. Take them at their word, that what they’re telling us is the absolute truth.

I loved that element. You had, like you said, the camerapeople and producers involved, saying they felt chills or noticing flickering lights. Now that you mention it, it’s so true. We never get to hear their point of view and they’re in there just like everyone else.
I mean, what if you’re a sound person and you just go to do a job? Oh, yeah, I’m working on this TV show. Then you take home an entity with you. No one’s thinking about that person.

By the way, these people, they’ve never told anyone about this. The people close to them in their lives know about it, but they’re going public with these stories for the first time. So this is going to impact them. The grounding principle for me was that we have to stick to the facts of what they explained happened to them.

You’re seeing them in the house where it happened. And there’s one guy who has footage, you set up a night cam and you see the things, the sheets are starting to move on his bed and I’m like, well, could he have manipulated the footage? It’s possible, but you look at him, this guy doesn’t seem like that kind of guy, and he’s pulling the stuff out for the first time. So a lot of these people were… all of them were legitimately traumatized. I’m fascinated to see how they got over it, or if they moved away or if they, in some cases, just learned to live with it.

I do think that people who watch these paranormal shows have never seen something quite like this where you’re seeing the crew get involved, seeing the recreation, learning how they beat it. But the whole point of the show is I wanted these people to not feel so alone, because one of the common threads that I saw with all of them — which I suspected would be there — was really just a sense of total isolation. Like, this is happening to you and every single person around you is going, “No, you’re crazy.” “You’re having some kind of mental breakdown.”

The more they explain it, the crazier they sound. That’s why, at the end of the show, we put, “Do you have a supernatural stalker? Contact us,” because I think people are going to watch the show and go, “This happened to me. I’ve never told anyone about it, and I’m ready to share my story.”

I think that people watching these shows really want to see that that real footage. It gives it that authenticity that just isn’t there with solely a re-creation.
Re-creations are hard, and they often turn out really cheesy. You can’t just make something up in a re-creation, you have to recreate what they told you happened.

You also have to find a way to do it that feels authentic and scary. And that’s what’s great with the show: you can just cut back to the real people explaining because you’re thinking, well, why wouldn’t the daughter just help? And then you see the daughter again, who says, ‘Yeah, my mom told me and I thought she was crazy.’ The way the filmmakers integrated the interviews with the scenes with the terrifying stories is really great.

It’s interesting, you know, we treat everyone very respectfully and let them tell their story, and our feeling was we’re here to help. We’re not here to judge. We’re not mocking this. We believe that you went through this and we want to show your story as faithfully as we can to help others who might be going through it but are too embarrassed to say something about it.

Every time you’re premiering a new type of show and it’s a slightly different format, it’s always a bit of a risk, but I’m really proud of it. And I think the show wouldn’t be what it was without these people coming forward and saying yeah, I’m ready to talk about this now.

This interview has been edited and condensed.