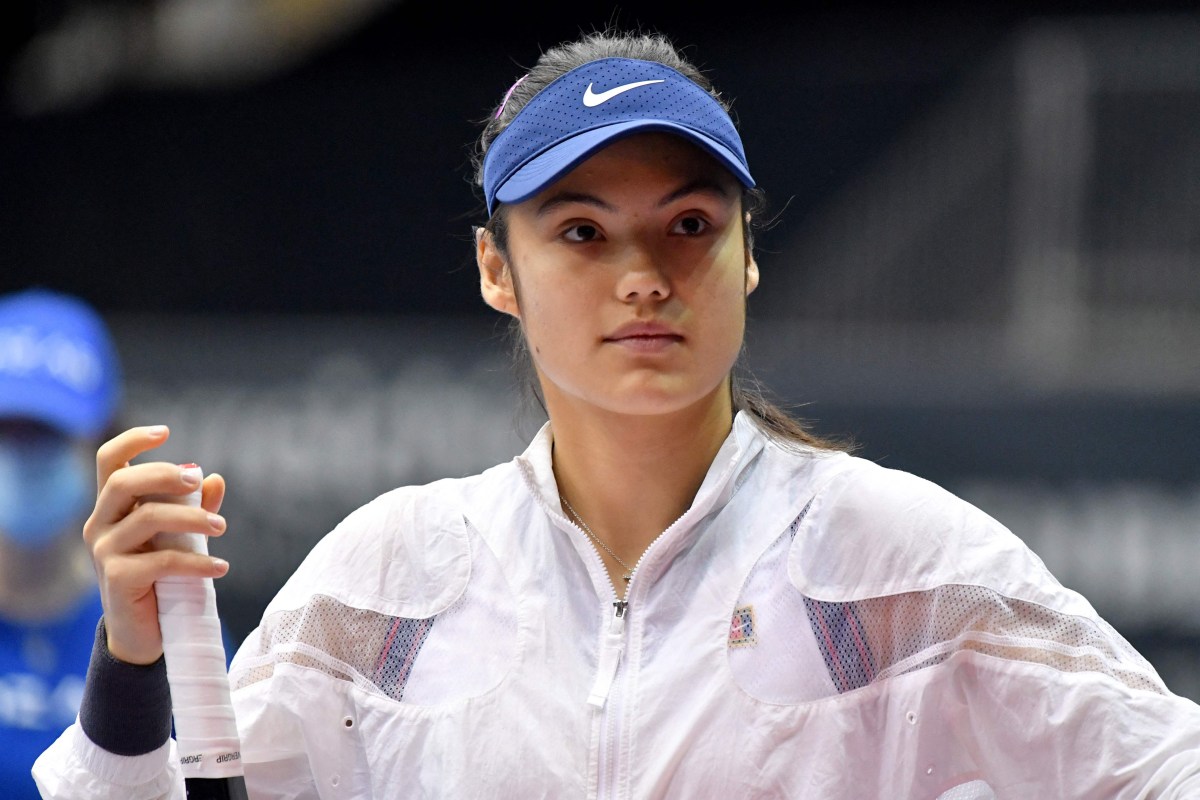 Emma Raducanu is facing an important off-season before the start of the 2022 season.

Expectations on the 19-year-old are sky high following her remarkable US Open victory in September.

She won that tournament before even winning a match on the WTA Tour and is still right at the beginning of her, hopefully fantastic, career.

Raducanu has, perhaps understandably, since struggled to repeat the high levels she displayed in New York to claim the Grand Slam.

There were early exits at Indian Wells, Transylvania Open and Linz, all tournaments she attended without a permanent coach.

That problem has been solved with the hiring of Torben Beltz, and Raducanu’s new-look team will now be starting their preparations for the 2022 season.

Former British No.1 Greg Rusedski hopes Raducanu can get physically stronger and work with her coach on being more tactically astute at times.

“It’s going to take her 18 months to adjust to this because she came out of nowhere,” Rusedski told talkSPORT.com. “No one has ever won as a qualifier and no one will ever win as a qualifier.

“What she has done is so historic.

“Her coach has worked with Angelique Kerber and won multiple Slams. She needs that consistency in her team and it looks like she has that.

“This off-season she will be able to get physically stronger and be able to work on her game.

“Technically, she is very sound and it is just about having the right tactical plays and not being as predictable at times.

“What happens when you become a player a lot of people want to beat, they read your patterns of play and look at every aspect of your game.

“You need to make a few adjustments and you have to be tactically astute. She has had some great coaches in the past and now this off-season is huge for her to improve and continue to work hard.”

The expectations from many will be for her to be challenging for Grand Slams again in 2022 and this is perhaps unfair expectations to put on Raducanu.

Barely six months ago, she was taking her A-Levels and was a relatively unknown tennis prospect.

Rusedski outlined what he wants to see from the Bromley teenager in the year ahead.

“The game is there, the physicality is there. She has so many attributes, but it is getting used to the demands and being in the spotlight.

“She’s a big name now and all of a sudden she will be on every stadium court at every major event.

“She only had her first two WTA wins on tour on her second event back after winning the US Open.

“This is all new for her and she has just turned 19 years of age. What she has accomplished already, only three other women players, in their first two majors have got to the fourth round of each major.

“Emma won her second major and the names she is in the conversation with are Jennifer Capriati, Monica Seles and Chrissy Evert.

“All multiple Slam winners and No.1s. Be patient with our Emma, she will get there and she will have the results.

“She will be a great champion and someone to follow over the next decade.