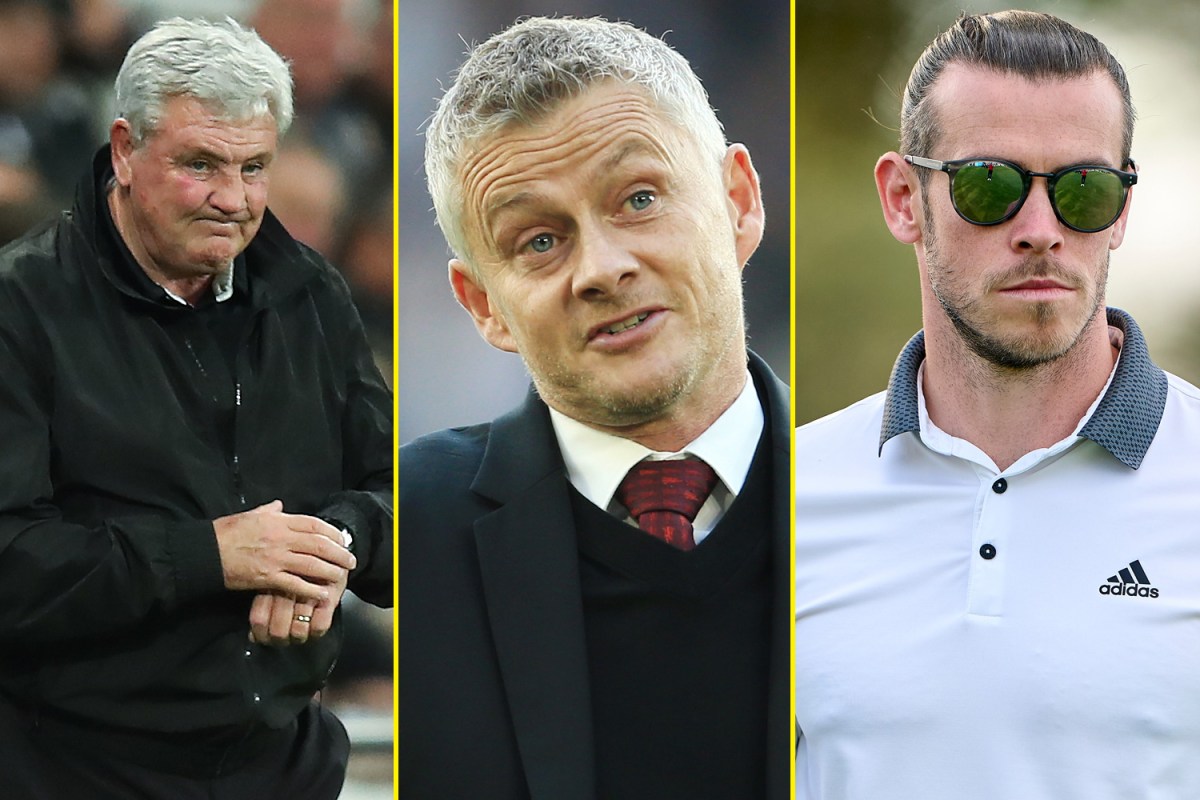 Follow our live blog below for all the latest news and gossip from the world of football.

It was a sobering day for Newcastle in their first game since the £305million takeover as they lost to Tottenham at St James’ Park.

It all started so well for the Magpies but the defeat piled ev4en more pressure on Steve Bruce, who talkSPORT’s Simon Jordan says is ‘a dead man walking’ with the likes of Steven Gerrard, Roberto Martinez and Unai Emery linked with replacing him.

It was a weekend to forget for Ole Gunnar Solskjaer, too, with renewed doubts on his future in charge at Old Trafford after a 4-2 defeat to Leicester – the Red Devils’ fourth defeat in seven games.

The Premier League returns again tonight with Patrick Vieira returning to Arsenal as his Crystal Palace travel to the Emirates.

And the latest transfer rumours sees the Gunners linked with a move for Gareth Bale.