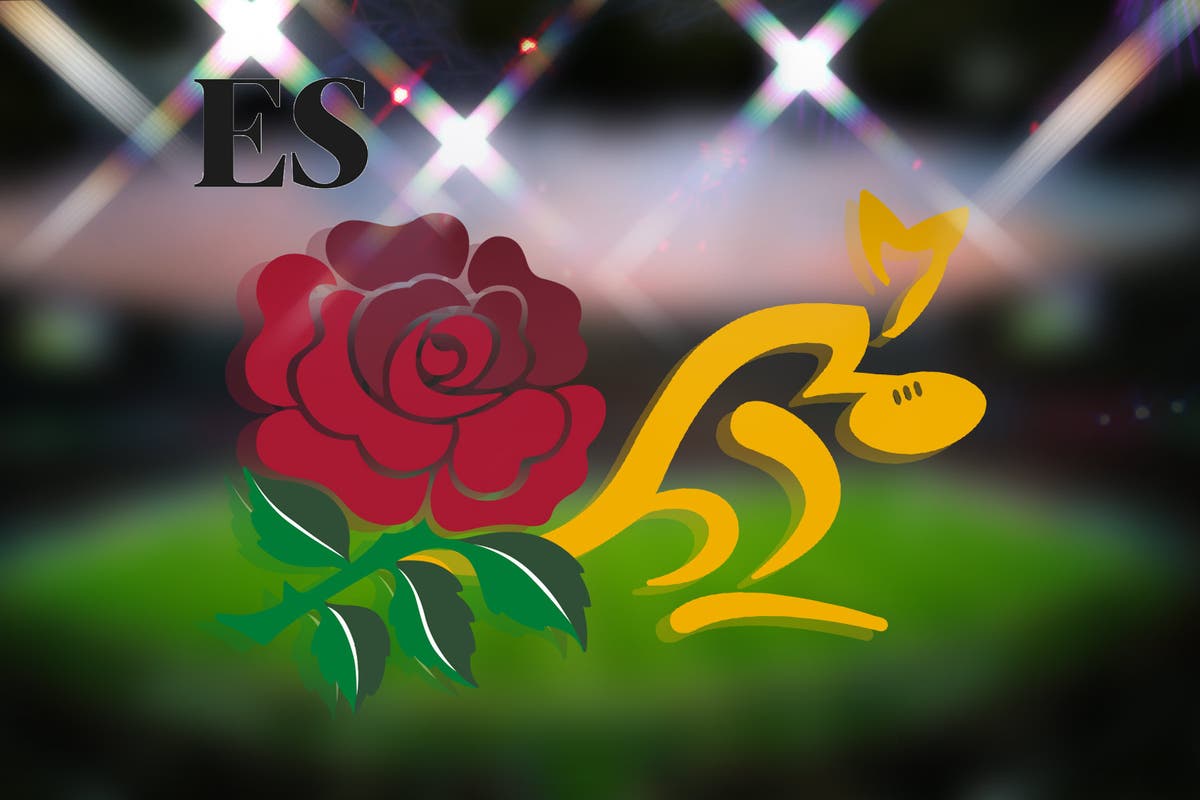 Eddie Jones will be hoping to continue the good-feeling around the England side with another win as they welcome Australia to Twickenham.

After getting their Autumn Nations Series underway with a comfortable win over Tonga last weekend, England now face a step up in class.

However, they have reason to be confident, going into the match on a run of seven consecutive wins over Australia, not losing since that painful 2015 World Cup defeat.

The Aussies come into the match after a tight defeat to Scotland, and go into this Cook Cup contest without a number of key players.

Follow all the action with Standard Sport’s LIVE blog below…

38 mins: Australia win a penalty from it! Great work, England penalised for standing up. James Slipper loved that one.

37 mins: Australia have been on the ropes, but they’ve done really well to keep England at bay while they’re down to 14.

England scrum, and it’s safe to say the visitors are not in a rush to join. Both teams at fault, and we will have to start all over again.

Jamie George steps inside, and he is seemingly destined to go over a try.

But as he drops down to touch the ball down, Nic White comes flying under him and knocks the ball away. Sensational defence. How have England not scored a try from that?!

34 mins: Another advantage, another penalty. Australia hanging on for dear life. Ben Youngs thinks he’s taken it quickly and gone over for a try… referee does not.

Back to the 5m line for a lineout we go. Australia have now conceded 10 penalties already.

Will Macpherson at Twickenham

Some of the hands so far from England’s forwards, especially Kyle Sinckler, have been sublime.

33 mins: England really pressing, Smith getting more and more of the ball now.

Advantage England for a high tackle on Curry… and we came back for that. Hosts not entirely sure what to do here. Farrell kicks to touch.

Farrell takes the easy points, and England are back to a converted try in front.

They’ll be looking to really make the most of this period before half-time with the extra man now.

Twickenham crowd doing their bit for the English cause, plenty of outraged jeers from the crowd as the big screen shows the replays.

It’s a yellow card for the Australian winger. Fact he held his ground reduced the level of danger, according to the referee, and saves him from getting a red.

Will Macpherson at Twickenham

That was a stunning line from Jamie George, and a great pass from Courtney Lawes. Perhaps he should have backed himself a bit more. Hang on, we have a TMO check here.

30 mins: Jamie George is clean through after great hands by Lawes. He runs for his life, but Beale is there waiting for him.

Tom Wright could be in big trouble though, shoulder into George’s face as Beale tackled the England forward.