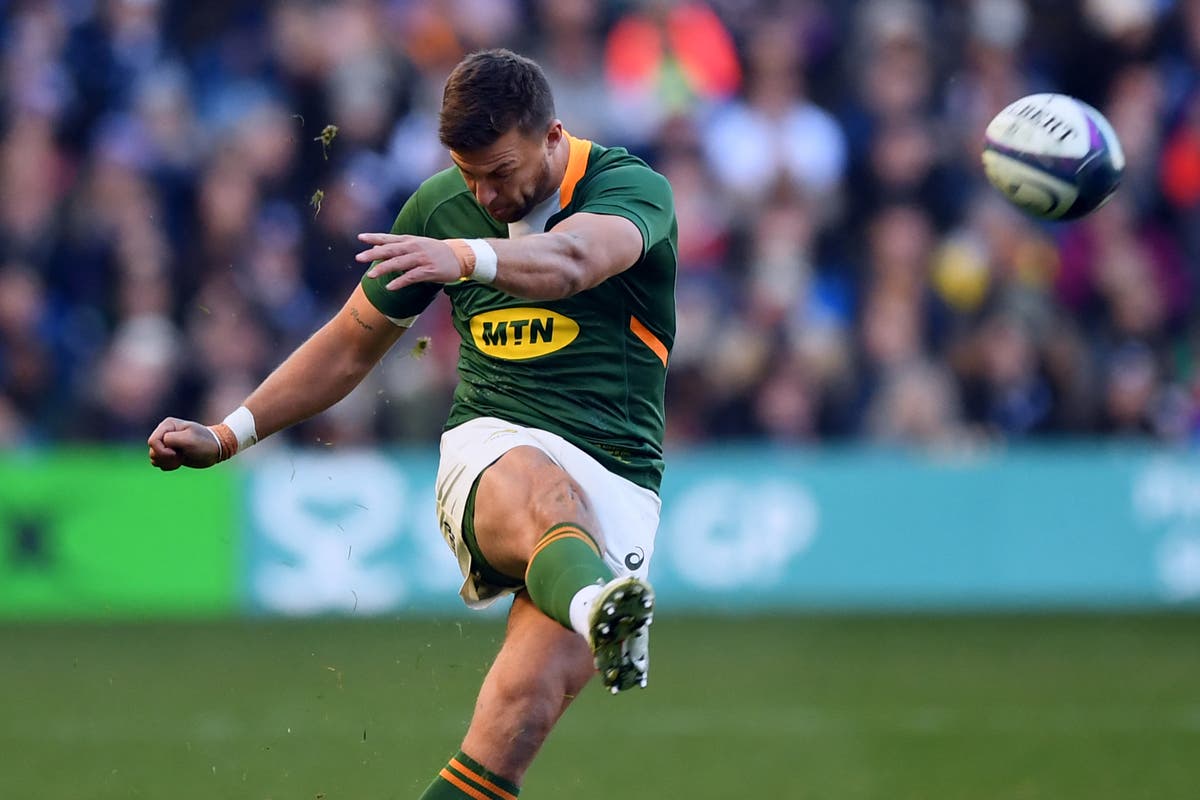 Pollard started and kicked 12 points in the Springboks’ 23-18 win over Wales but was subsequently dropped for Saturday’s 30-15 defeat of Scotland at Murrayfield, coming off the bench and kicking two important penalties as Elton Jantjies got the nod instead.

That change has been reversed for the clash with England, while Elton’s namesake Herschel Jantjies is also dropped to the bench after starting both of the opening two matches of the autumn in the absence of the injured Faf de Klerk.

“We built up good momentum in the Tests against Wales and Scotland, and it is important for us to transfer that into our final match of the tour against England, so we opted to make only three changes to the starting team for this weekend’s clash,” said Nienaber.

“England will pose different threats to Scotland, and with that in mind we have decided to start with Handre, Cobus and Lood.

“Elton, Herschel and Franco have shown that they can inject energy and ignite a spark on attack off the bench, which will be handy against an English outfit that we know will be highly charged up for this match.”