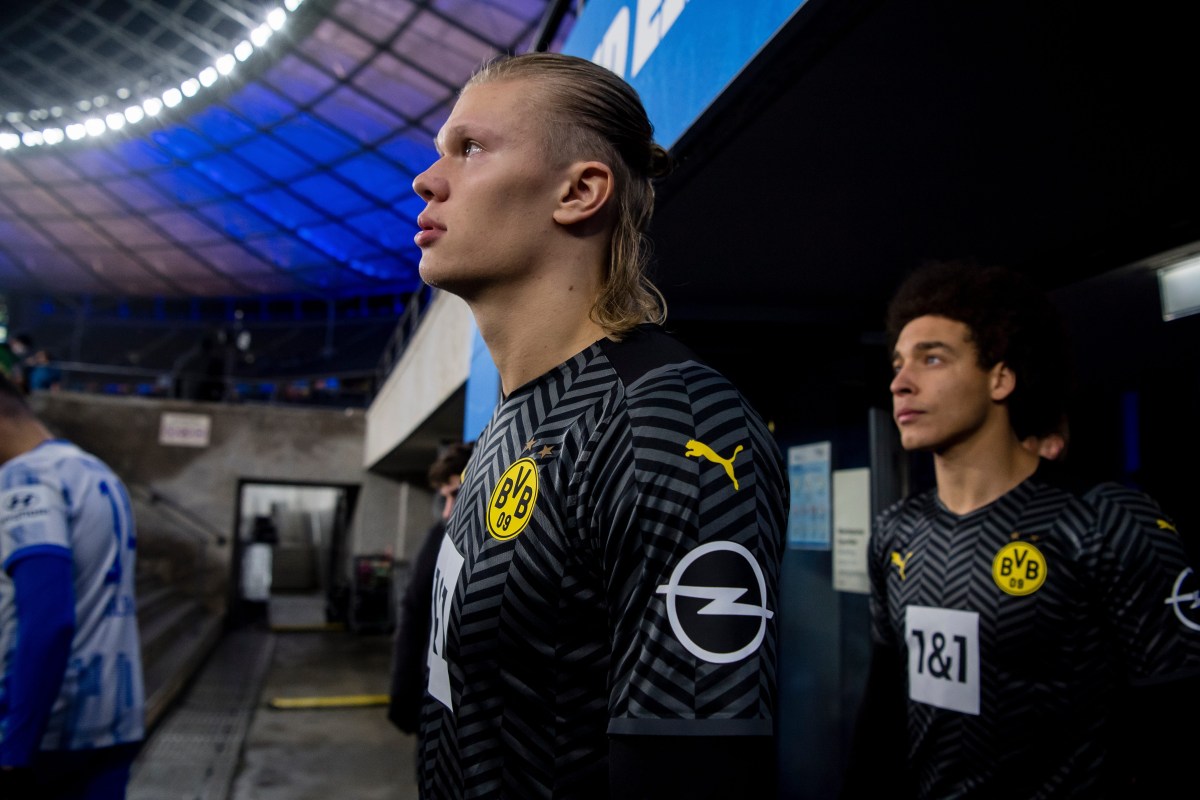 Erling Haaland ‘doesn’t like the Premier League too much’ and would rather join Real Madrid or Barcelona, or even consider staying at Borussia Dortmund, than move to England.

That’s according to respected transfer guru Gianluca DiMarzio, who revealed Chelsea made a move for the striker, but he ‘didn’t push to go there’.

The Norway international is one of the most coveted forwards in world football after scoring a whopping 145 goals in just 185 senior games.

Since joining Dortmund almost exactly two years ago, the 21-year-old has plundered 76 goals in just 74 games and is only continuing to evolve and get better.

As such, some of the biggest clubs in world football have been linked with a move, most notably Manchester United as former boss Ole Gunnar Solskjaer had already developed a personal relationship with his compatriot.

Despite Solskjaer’s departure, though, the Red Devils are said to remain keen on landing Haaland with current interim boss Ralf Rangnick reportedly in contact with the goalmachine’s father, former Premier League player Alf-Inge.

Yet, it seems unlikely Premier League fans will see the prolific marksman plying his trade in England anytime soon, as he apparently prefers a potential switch to the Spanish top flight.

“He [Haaland] doesn’t like Premier League too much,” DiMarzio told German outlet Wettfreunde.

“It is not in his dreams. It is not the perfect league at the moment.

“He prefers LaLiga – he likes LaLiga a lot. So, I think in his thoughts, LaLiga is the perfect tournament, now, to play in. Or Bundesliga, where he is currently playing.

“So it is not sure that he’ll leave in the summer. Borussia Dortmund thinks that for his career, another year there should be the right step.

“I don’t know what Mino Raiola thinks about it. I think Raiola wants to get him out of Borussia Dortmund because after two years there it is important for him to have another challenge.

“So I think he will try to find the right solution for him.”

Before re-signing Romelu Lukaku for a club record fee, Chelsea tried to bring Haaland to Stamford Bridge as Thomas Tuchel searched for a recognised ‘number nine’ to lead the line.

Yet the Champions League winners were rebuffed in their attempts to sign the starlet and DiMarzio believes it is because he is holding out for either Real Madrid or Barcelona.

He added: “Even last year when Chelsea tried to get him [Haaland] he didn’t push to go there because he thinks that Real Madrid or FC Barcelona are clubs that, in this moment, are the right step for him.

“Only Real Madrid and Barcelona can get him because he cannot go to Atletico Madrid or other clubs.

“Probably because when he started playing – like [Kylian] Mbappe who wants to play for Real Madrid – he told his agent to try for Real Madrid, if not them then Barcelona and if not Barcelona then Chelsea, Man United etc.

“Real Madrid, I think. Even though they will sign Mbappe for sure, they would like to have a couple of strikers of the future. I don’t know if they will manage to do it.”