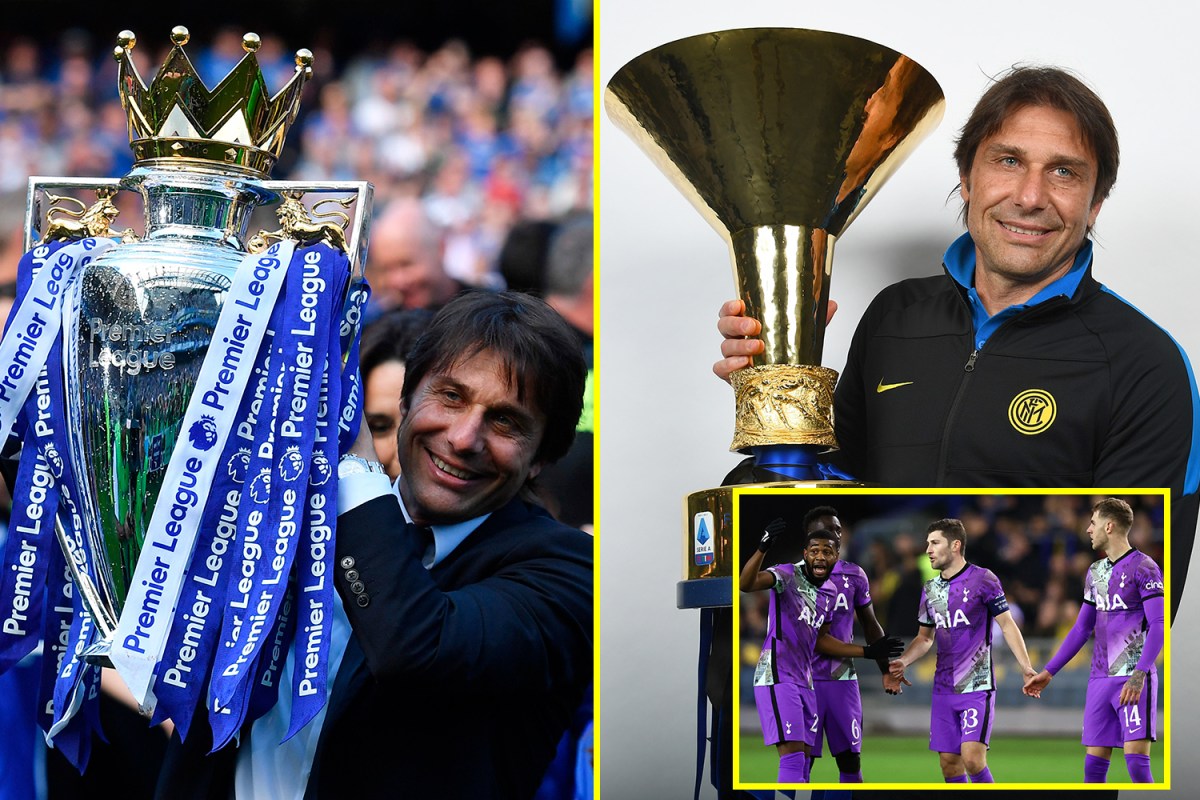 Only Tottenham could lose a match they didn’t even play.

Okay, they didn’t strictly lose but the ‘Spursy’ jeers surfaced once again following UEFA’s decision to kick the north London side out of the not particularly desirable Europa Conference League.

The decision was made after a COVID outbreak at Spurs made them unable to fulfil their final group match against Rennes earlier this month and a new date to play it couldn’t be found.

Rival fans had a field day with their gloating but they may not be laughing come the end of the season as a comically early exit from Europe could end up being of huge benefit to Antonio Conte’s men.

“It could be a blessing,” Danny Murphy told talkSPORT when reacting to the news.

“It’s not a great tournament. People were saying it’s their chance to win something, but they could still win something this season without it.

“Fourth place is now more open than we thought it would be. There were signs of improvement yesterday [against Liverpool], so they’ve got a chance.

“It would give them a better chance of getting to fourth. If they do that it would be a huge achievement, but they’ve got to keep their best players fit.

“They weren’t exactly taking it very seriously, were they? So it could be a blessing.

There’s also the managerial career of Conte to consider as well. Making a decent fist of being European champions hasn’t really been the Italian’s style so far but there have been rewards on a domestic front.

A seventh-placed finish in Serie A meant Conte didn’t have to worry about European football in his first season in charge of Juventus.

Their league campaign was a memorable one though as Juve won the title, Conte taking the team on a 28-match unbeaten run in the process.

Chelsea were also huge beneficiaries of not having Champions League or Europa League football following an uncharacteristic tenth-placed finish in 2015/16.

Conte took over in 2016/17 and the Blues breezed to the Premier League title where they won 30 of their 38 outings.

Place a pre-match £10 bet on any Football market between 14th – 24th Dec, at min. odds 1/2 (1.5) — get a total of £60 in free bets, £40 on bet settlement and an additional £20 the following day. Your qualifying bet must settle by Friday 23:59, 24th December. Only deposits via Cards will qualify (Apple Pay deposit excluded). T&Cs apply. Please Gamble Responsibly.

And then at Inter, Conte guided them to a first Scudetto in eleven years as they ended Juve’s stranglehold of Italian football.

Inter may have been aided by finishing bottom of their Champions League group, meaning they didn’t have Europa League fixtures to worry about either, however.

Spurs, who pipped Arsenal to the not very coveted Conference League post last season, can learn from their high-flying north London rivals who are currently fourth in the table.

But now Conte doesn’t have trips to Slovenia to consider for the rest of the campaign, the likes of Arsenal and Manchester United may just be shaking in their boots.