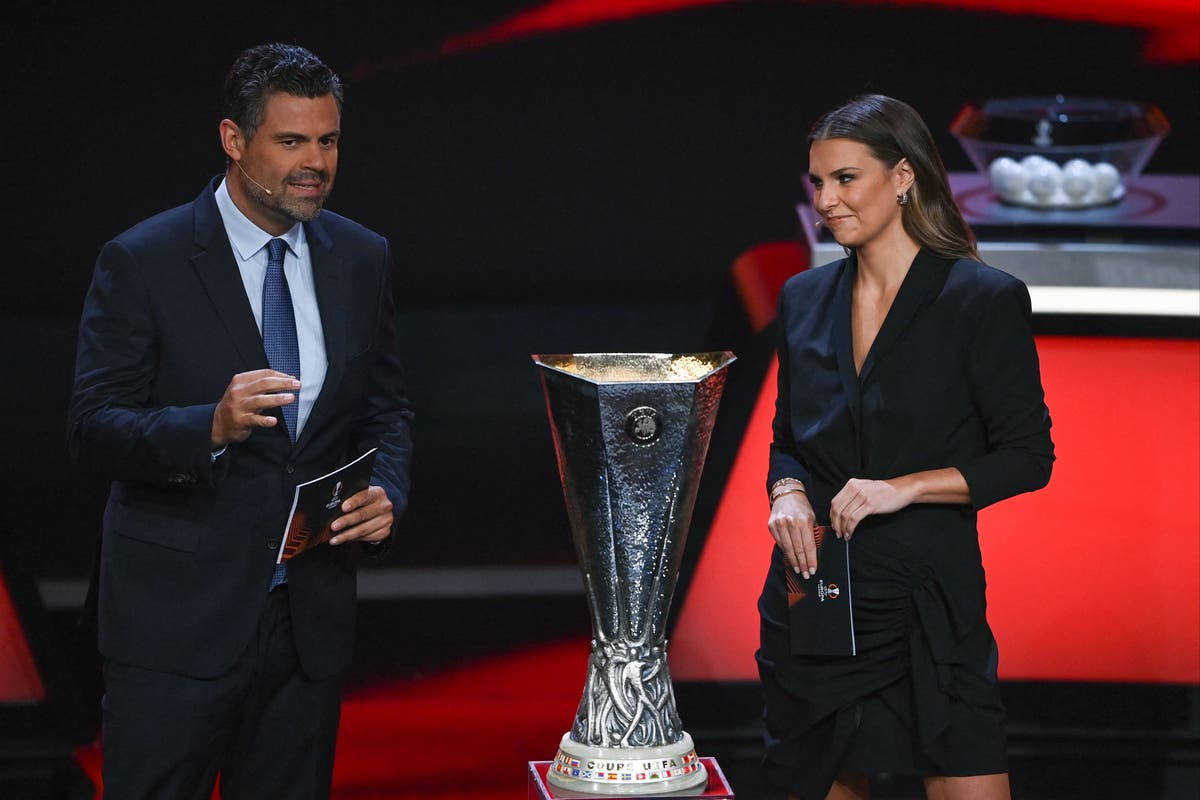 The Europa League group stage wrapped up on Thursday night and all that is left this side of Christmas is to find out who will play who in the first knockout round when the competition resumes next year.

If the concept of a “knockout playoff draw” sounds unfamiliar then that’s because, well, it is. A new addition to this year’s tournaments, rather than start the knockouts with a round of 32, the group winners – including West Ham – have advanced straight to the last-16 of the competition.

In the playoff round, Barcelona will face Napoli in what looks to be a great tie, while Rangers have been given an extremely difficult task against Borussia Dortmund.

In the Europa Conference League draw, things are complicated slightly by the fact that Tottenham’s final group match, against Rennes, was called off by Covid. That match will not be played and a decision on the result is still to be played.

Either Tottenham or Vitesse will face Rapid Vienna, while Leicester have been drawn against Randers and Celtic will play Bodo/Glimt for a spot in the last-16.

Knockout playoff round in full

Leicester at home to Randers then in the first leg, before travelling to Denmark for the reverse fixture. Celtic up against Bodo/Glimt, who beat Jose Mourinho’s Roma side 6-1 in the group stage.

And if Tottenham do play in the playoff round, they will face Rapid Vienna. Their participation is still to be decided.

Rapid Vienna vs Tottenham OR Vitesse