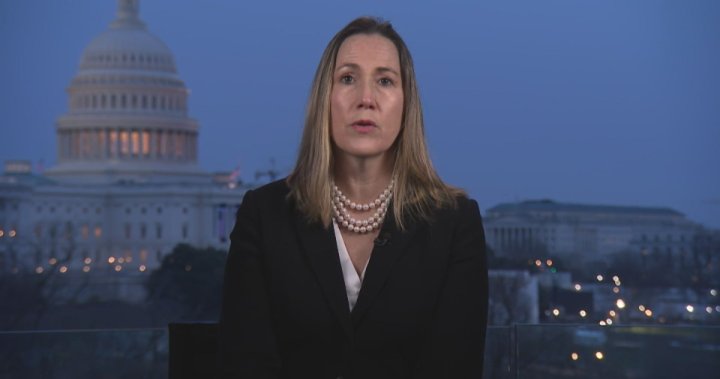 Canada’s ambassador to the U.S. stressed further that a proposed tax credit that encourages electric vehicle production in the U.S. would cause harm to Canada’s economy.

The tax provision is currently under debate at the House of Representatives and has not been passed yet.

The tax credit has been criticized by Canadian politicians as potentially putting thousands of jobs in Canada at risk and hurting the integrated continental auto industry.

It will be an item of discussion during a “Three Amigos” summit between Canada, the U.S. and Mexico next week, Foreign Minister Melanie Joly has said. Joly also took up the tax credit matter with U.S. Secretary of State Antony Blinken recently.

Hillman agreed that the credit would disrupt the supply chain, but pointed out that disruption could also cost tens of thousands of American jobs.

“The degree of integration that we have in our auto sector will mean that that tax credit will disrupt our very efficient and effective supply chains in the auto sector, supply chains that literally tens of thousands of American jobs rely on,” she said.

Hillman said she and her team are working hard to get those facts to U.S. Congress and are also talking to the House of Representatives and the White House.

“We’re explaining to them that this tax credit just isn’t in the U.S. interest,” she said.

“It will hurt American jobs. It’s inconsistent with their international commitments, including their most recent commitments under CUSMA.”

Hillman said the proposal won’t put more electric vehicles on the road but instead would “disrupt” the EV sector.

“They understand that legislation like that would generate a response on the Canadian side,” Champagne said. “We have always responded appropriately to these types of legislation.”

When asked whether or not Canada is a priority for the U.S. as the country continues to pursue an “America First” philosophy, Hillman said the White House is still responsive when Canada comes calling.

–with files from Reuters