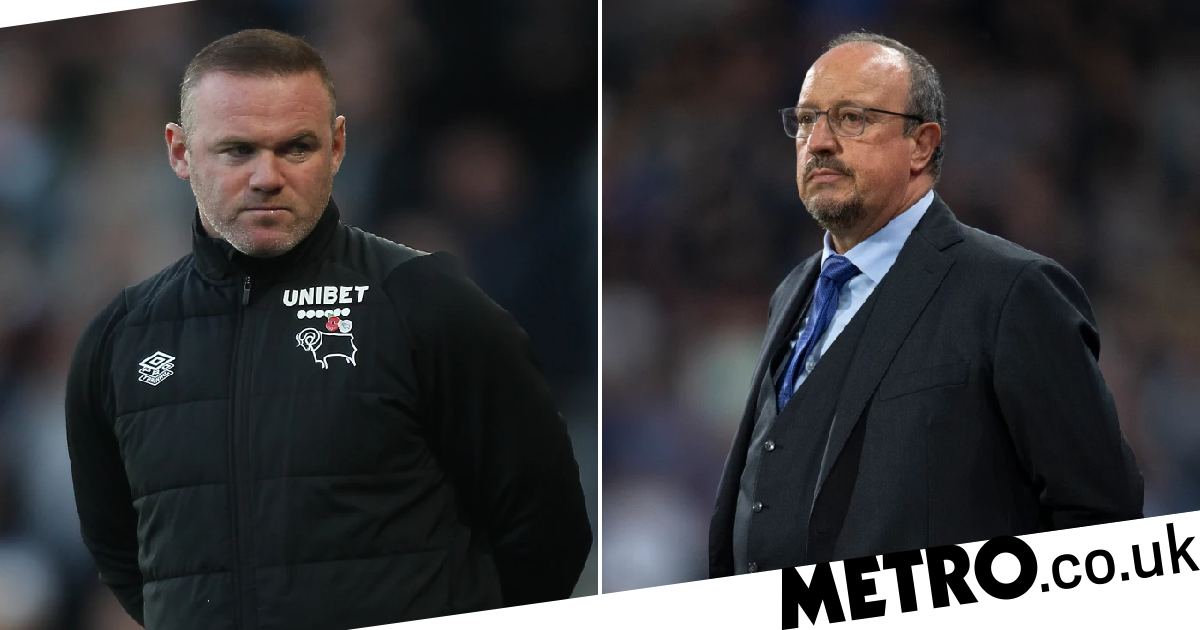 Everton chiefs are reportedly considering bringing in Wayne Rooney as their manager if Rafa Benitez is given the sack.

The Spaniard is under growing pressure to turn things around at Goodison Park following a 3-1 defeat to Crystal Palace on Sunday, their eighth loss of the season.

Benitez still has the backing of Everton’s majority shareholder Farhad Moshiri for now but according to The Sun, a contingency plan is already being drawn up should they need to replace him.

Unofficial talks have reportedly already taken place between the Toffees and the current Derby boss.

Rooney, who began his career at Everton, has so far remained loyal to the Rams despite the mammoth task facing him.

Having been deducted 21 points by the EFL amid administration problems, the 36-year-old’s side are now 15 points from safety at the bottom of the table.

Rooney would no doubt find it difficult to turn down any approach to rescue his boyhood club from their own troubles and any move from Everton would prompt him into a difficult decision.

As for Benitez, he now needs to steer 14th-placed Everton away from the relegation zone, starting with a tricky trip to Chelsea on Thursday.

But things have been made harder for the former Liverpool boss with three new injuries following the defeat to Palace with Seamus Coleman, Andros Townsend and Richarlison all ruled out.

‘Richarlison was forced off early in the second half at Selhurst Park and a subsequent scan revealed the Brazilian has suffered a tear in his calf.

‘The 24-year-old, who has three league goals this season, is expected to be sidelined for a number of weeks.

‘Andros Townsend, meanwhile, sustained a small fracture in his foot following a challenge with an opposing player in the game against the winger’s former club.

‘ Townsend’s condition will be reviewed by specialists later this week after an X-ray diagnosed the problem.

‘The right-back will continue to be assessed over the next few days.’