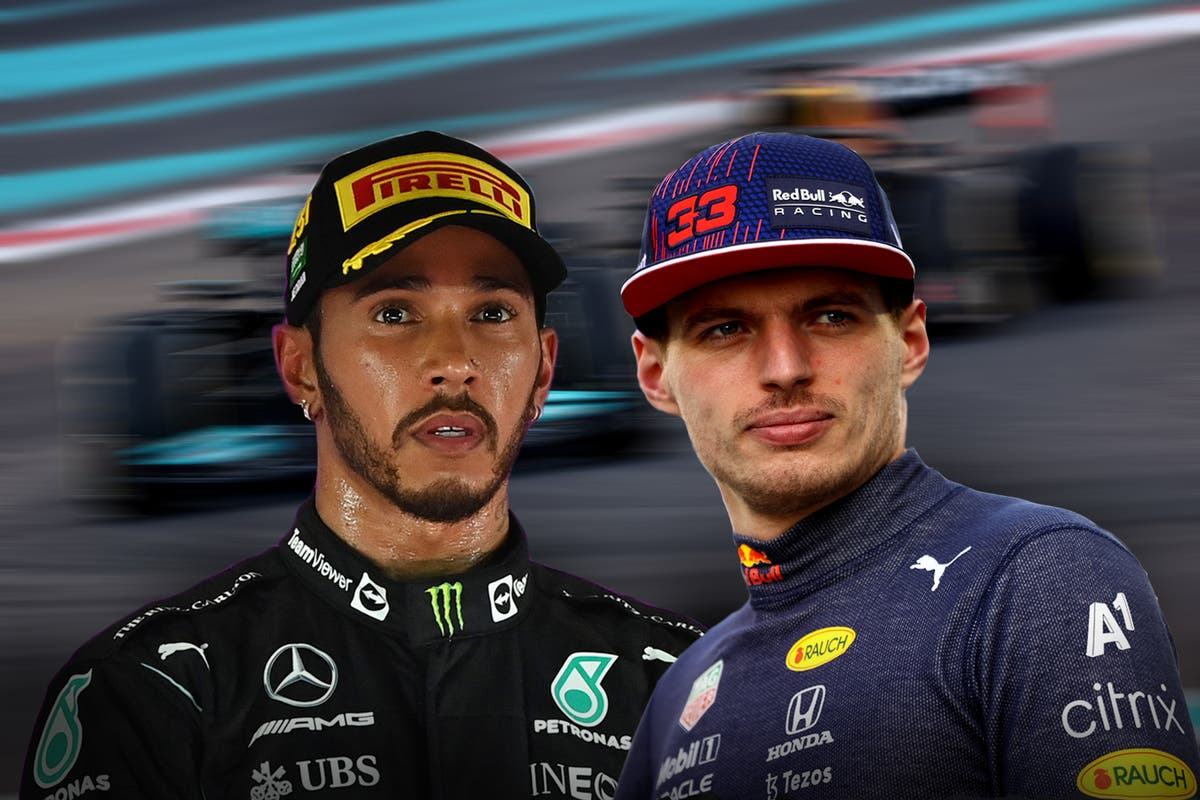 After 21 epic races, Formula 1’s world championship still hangs in the balance heading into this afternoon’s final race of the season.

Lewis Hamilton and Max Verstappen are tied on 369.5 points, the Brit seeking a record-breaking eighth world title and his rival chasing a maiden crown.

Verstappen currently holds the edge, ahead of Hamilton by virtue of having won nine races to the Mercedes driver’s eight, and should both finish outside the points – or fail to finish at all – it would be the Red Bull man who claims the championship.

That has led to both drivers being warned about aggressive tactics ahead of this afternoon’s race, the pair having clashed on numerous occasions throughout the season, including in Saudi Arabia last week.

Verstappen is on pole position having qualified 0.371seconds faster than Hamilton on Saturday.

Follow all the action LIVE with Standard Sport’s blog below…

It’s advantage Max Verstappen after the Red Bull man stuck his car on pole for this afternoon’s decider.

Aided by a tow from his teammate Sergio Perez, Verstappen posted a lap early in Q3 that nobody could near, not even the Dutchman himself with his final effort, as he took his tenth pole of the season.

Lewis Hamilton was forced to settle for second, and the title may now be decided by strategy. The British driver will start the race on the medium tyres, with Verstappen ahead of him on the softs.

Verstappen flat-spotted his tires in the Q2 and that seemed to give Hamilton the advantage, who had the pace throughout the practice sessions as Mercedes looked set to seal pole.

But the Dutchman salvaged his mistake with a lap at 1 minute, 22.109-seconds around Yas Marina Circuit to put his Red Bull on top.

Hamilton attempted to bump him from the pole as the clock wound down on the final qualifying session of the season. But he was 0.371s slower and will start second in his Mercedes next to his rival.

Lando Norris for McLaren was a surprise third — beating out both Verstappen and Hamilton’s teammates. Sergio Perez was fourth for Red Bull, followed by Carlos Sainz of Ferrari and at last Hamilton’s outgoing Mercedes teammate Valtteri Bottas in a disappointing sixth.

The lay of the land

Lewis Hamilton and Max Verstappen are level at the top of the championship on 369.5 points, but it is the Dutchman who leads by virtue of having won one more race than his rival.

The upshot is that whoever crosses the line first will be the world champion – unless both miss out on points entirely, in which case Verstappen will take the crown, as he will should they both fail to finish.

TV channel: The race will be shown LIVE on Sky Sports F1, Main Event and Showcase. Coverage of Grand Prix Sunday starts at 11.30am. Channel 4 will also broadcast the race for free after agreeing a deal with Sky and their coverage begins at 12.30pm.

Live stream: Sky Sports subscribers can also stream the action live online via the SkyGo app. The race is also set to be streamed live on Channel 4’s website.

Dubbed the ‘Decider in the Desert’, title rivals Lewis Hamilton and Max Verstappen come into the finale locked level on points at the top of the championship leaderboard.

We’ll have all the build-up ahead of what promises to be a thriller.