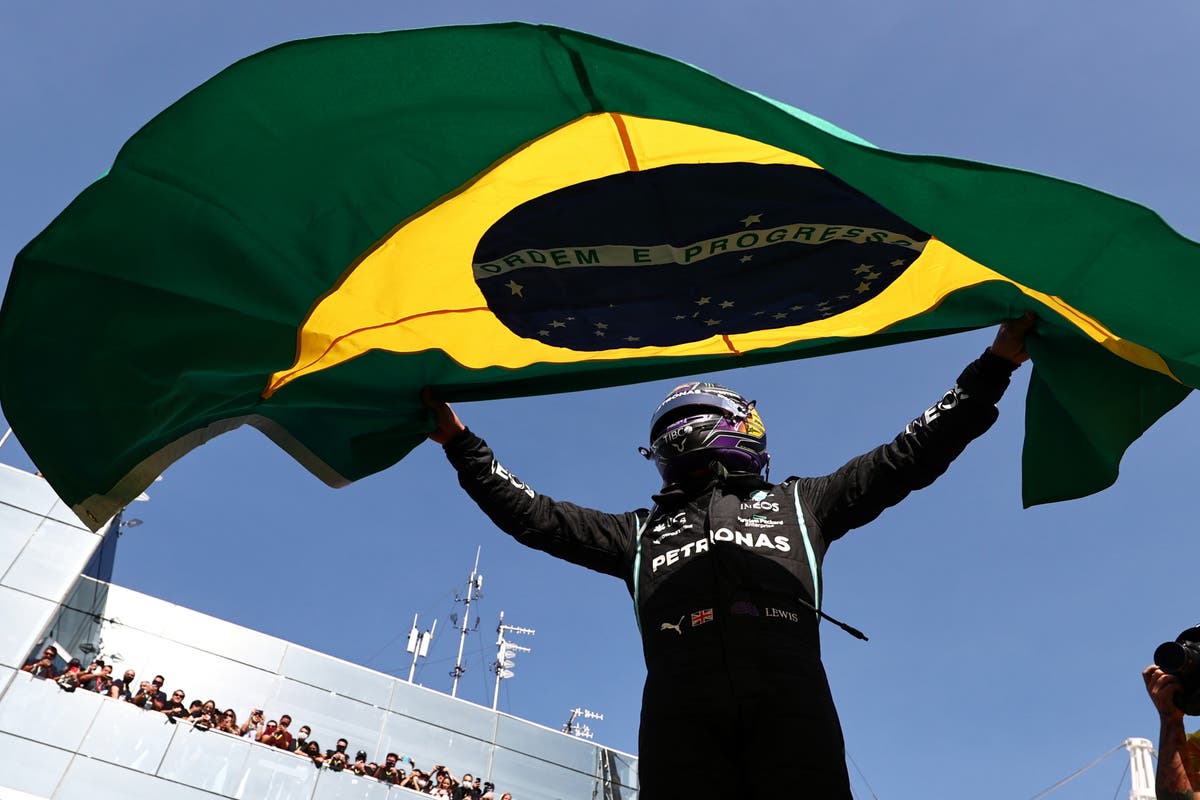 ewis Hamilton kept his distant hopes of an eight world championship alive by winning the Brazilian Grand Prix on Sunday.

Despite starting in last on the grid after being disqualified from Friday’s session, Hamilton gained nine places in a dramatic battle with Max Verstappen at Interlagos.

Championship leader Verstappen finished second and never looked like reclaiming top spot after being overtaken while Valtteri Bottas was third.

Hamilton, who appeared to be enjoying the support of the crowd, described it has the “hardest weekend” he’d had.

“Wooo, yes, come on guys,” roared a jubilant Hamilton on the radio. “Thank you so much, let’s keep going, lets keep pushing.”

Hamilton, starting down the order following a combined 25-place grid penalty, gained four spots on the opening lap to move up to sixth before roaring past Ferrari’s Carlos Sainz and Charles Leclerc on successive laps.

Verstappen was then slapped on the wrists by the stewards with a black-and-white warning flag for his weaving antics on lap 58.

Up front, Hamilton kept his composure to cross the line 10.4secs clear and claim his first victory since the Russian Grand Prix in September and only his second since the summer break.

Hamilton wins! What a story in Sao Paulo as the Mercedes driver wins his 101st Grand Prix.