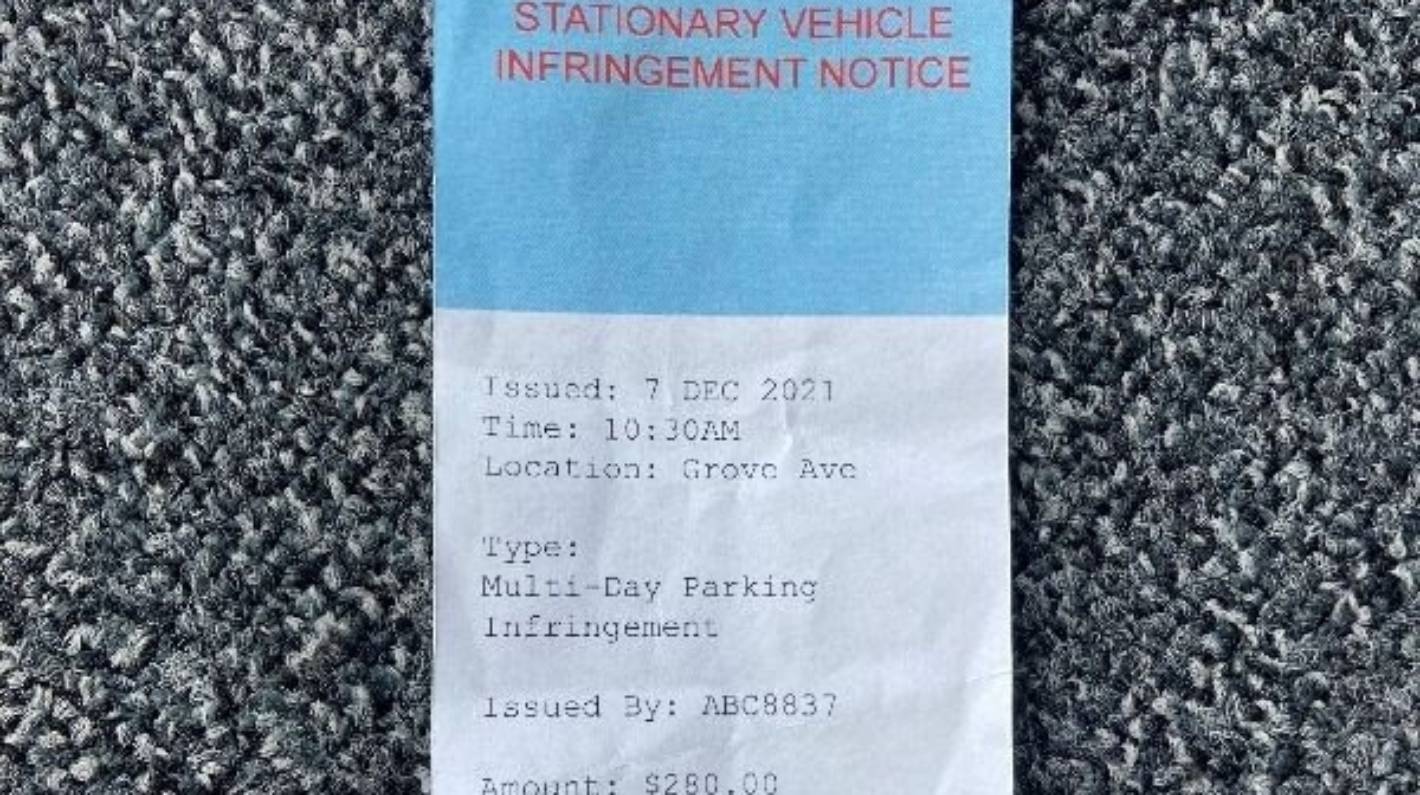 The ticket wasn’t issued by Tauranga City Council – and it’s not the first time this has happened in the area.

A fake parking ticket has again been found on a Bay of Plenty vehicle.

Tauranga City Council was told about a fraudulent parking ticket placed on a vehicle in Mount Maunganui, which wasn’t issued by the council.

Fake tickets previously appeared in February, when they were left on Tauranga windscreens in an apparent attempt to get unwitting motorists to pay someone’s council rates bill.

Those tickets had the Tauranga City Council letterhead, phone number and bank account details, but used details of a private person’s rates bill as the payment identifiers, Stuff reported at the time.

After the latest incident, the city council has told residents that if they have concerns about the legitimacy of a parking ticket, there are ways to confirm it.

If paying a fine via internet banking, always use the infringement number and the word ‘parking’ in the description to ensure the money is allocated correctly, the council said.

You can contact the council to confirm the legitimacy of an infringement notice by calling 07 577 7000 or parkingadmin@tauranga.govt.nz.