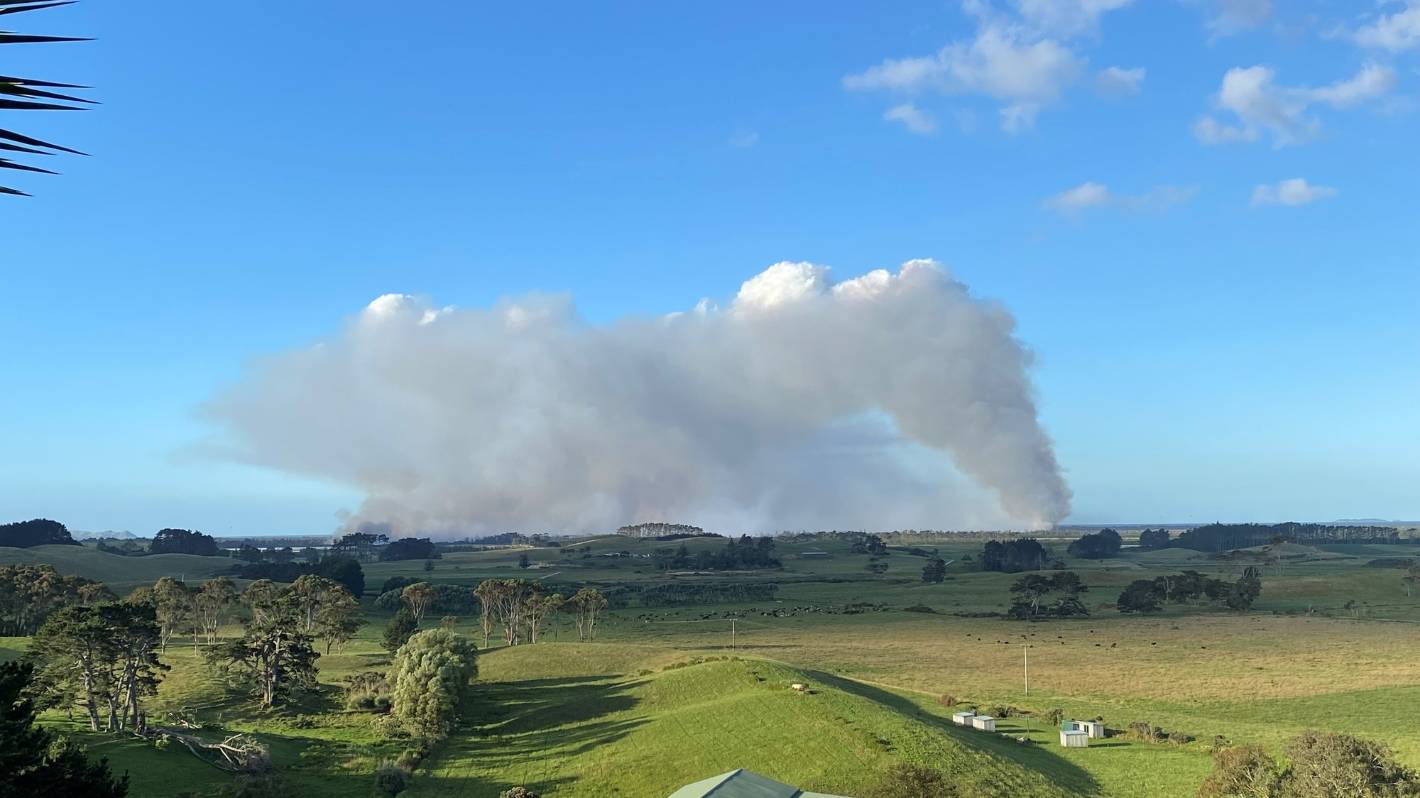 A town in the Far North is being evacuated after a scrub fire spread faster than anticipated.

The fire, which was on Department of Conservation estate, started on Saturday afternoon and had spread to more than 600 hectares of land.

More than 40 firefighters and seven helicopters were deployed to contain the fire.

Police, Civil Defence and the Kaimaumau Community Response Group were supporting the evacuation.

Henwood said the fire had spread faster than anticipated because of the weather conditions and there was a risk to the township of Kaimaumau overnight.

As the wind drops and the temperate cools at night, it should slow the fire down, he said.

The majority of residents were being accommodated at Waiharara School, with Ngai Takoto also making marae available.

“We will continue to monitor the situation overnight and the priorities from first light will be to reinforce a containment line around the township with heavy machinery, and protect the properties. Crews from Whangarei and Kaitaia specialising in structure protection will join the existing ground crews, along with nine helicopters,” Henwood said.

Crews were called to a 350 hectare fire at Waiharara , north of Kaimaumau, about 20km north of Kaitaia, shortly before 1.30pm Saturday.

Earlier, Fire and Emergency incident controller Mitchell Brown said the fire was 80 per cent contained at 9:30am, and it was expected to be fully contained by Sunday night.

Crews will continue to mop up the residual fires over the next two days, Brown said on Sunday morning.

Do you know more? Email newstips@stuff.co.nz

“We urge members of the public to stay away from the area for the time being.”

No properties were at risk, the spokesman said shortly after 7am on Sunday.