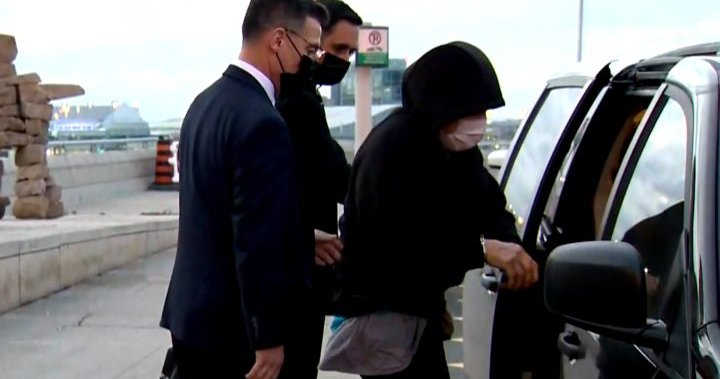 Fashion mogul Peter Nygard was escorted by police on a flight to Toronto Thursday to face sexual assault charges, Global News has learned.

Nygard boarded a flight from Winnipeg Thursday afternoon. He landed in Toronto just before 6 p.m.

Earlier this month, an arrest warrant was issued by Toronto police for Nygard amid allegations of sexual assault and forcible confinement. The alleged incidents occurred between 1987 and 2006.

Police said at the time that the 80-year-old will be charged with six counts of sexual assault and three counts of forcible confinement upon arrest.

The Toronto Police Service announced the warrant on the same day Nygard agreed to be extradited to the US to face sex trafficking charges there.

Nygard was arrested in December under the Extradition Act and has been held in Manitoba.