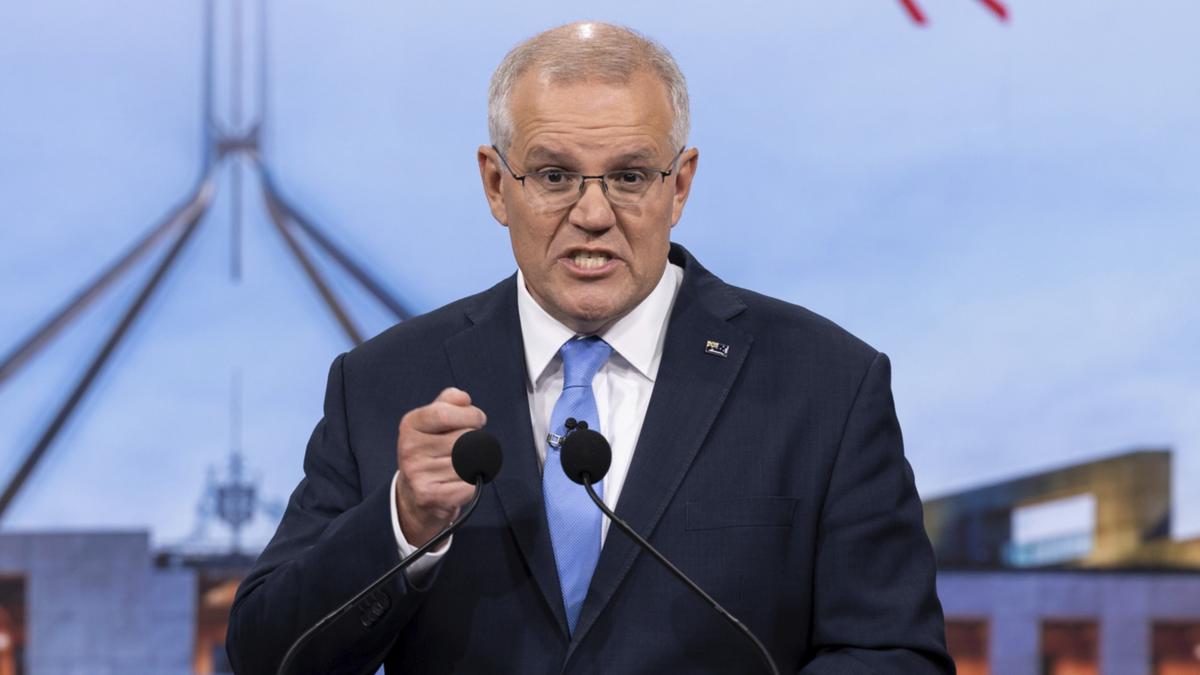 Anthony Albanese’s desire for wages to increase by 5.1 per cent has business leaders, economists and the Prime Minister sounding the alarm, with Scott Morrison lashing him as a “complete loose unit”.

On Tuesday, the Opposition Leader refused to back the ACTU’s revised claim for a 5.5 per cent increase because it was higher than the inflation rate, but also said “people can’t afford to go backwards”.

Later, he was asked if he supported a 5.1 per cent increase to keep pace with inflation, to which he replied: “Absolutely”.

The Prime Minister branded Mr Albanese a “complete loose unit” when it comes to the economy.

“Anthony Albanese’s… thoughtlessness on this would actually make inflation worse, it would make interest rates rise even higher, it would threaten the strong wage growth we have had in employment, and ultimately it would force small businesses… potentially out of business altogether,” Mr Morrison said on Tuesday.

“As a Prime Minister… you can’t just go around making stuff up and thoughtlessly think that people can respect you when you just make these sorts of careless comments on the economy.

“What he said yesterday puts a chain reaction in place, dominos falling that lead to higher … cost of living.”

And while industry leaders are making similar warnings to that of Mr Morrison, Mr Albanese isn’t backing down.

The Opposition Leader told 2Day FM it was “nonsense” that a 5.1 per cent wage increase would hurt interest rates, because Labor had a plan to ensure productivity was at a rate that would keep inflationary pressures under control.

“I don’t want people to be left behind. People are doing it really tough – the cost of living, the cost of everything is going up but their wages aren’t,” he said.

“Everyone should get a pay rise … the fact that we already have the highest minimum wage, we’re the champion of minimum wage, and unions want to put them up by another 5.5 per cent – that’s another $42 a week,” Mr Willox said.

“Of course that then flows through to every other wage negotiation that business has … not every business (can afford it). There are hundreds of thousands of small businesses and for many of them, this would be a backbreaker, it’s not sustainable for them to be asked to pay this.

“It’s just not going to work for small and medium businesses. It would be (the final nail in the coffin)

“We have to be very careful.”

Mr Willox’s comments echo concerns Prime Minister Scott Morrison raised in an exclusive interview with The Australian, in which he accused Mr Albanese of “engineering a reckless act of economic vandalism”.

“It has all of these impacts, but the more significant issue is just how reckless he was in blurting this out without thinking this through,” Mr Morrison said.

“Who pays for this? Wages don’t just fall from the sky.”

Last week, the ACTU revised its annual wage review claim from 5 per cent to 5.5 per cent to ensure workers did not go backwards “in the midst of the Morrison government’s accelerating cost-of-living crisis”.

“A 5.5 per cent increase is what is now needed just to ensure people tread water, anything less has them drowning in bills,” ACTU secretary Sally McManus said.

“Scott Morrison’s failure to act to back working people is a danger to the economy.”

Underlying inflation figures are currently at 3.7 per cent, while the consumer price index is 5.1 per cent.

“We have clearly said that people should not fall further behind,” Mr Albanese said.

Labor’s industrial relations spokesman Tony Burke stood by Mr Albanese on Wednesday morning, saying a wage increase of only three per cent was a pay cut.

“If inflation is running at 5.1 per cent, then (three per cent) is a pay cut. The people who are most reliant on the annual wage review are the people on the lowest wages,” Mr Burke told ABC News.

“It’s not unheard of at all for the annual wage review to go in front of inflation, so long as it doesn’t have an inflationary impact.”

Mr Burke also rebuked allegations Mr Albanese had gone “rogue” in throwing his support behind the 5.1 per cent figure.

“There have been extensive conversations about this,” he told ABC Radio.

“That would be unprecedented,” Senator Hume told ABC News.

Senator Hume would not be drawn on where her party stands on increasing the minimum wage to keep people from being left behind by mounting cost of living.

“We want to make sure the economy is sustained at a steady growth rate. Too high wage rises would disrupt that,” she said.