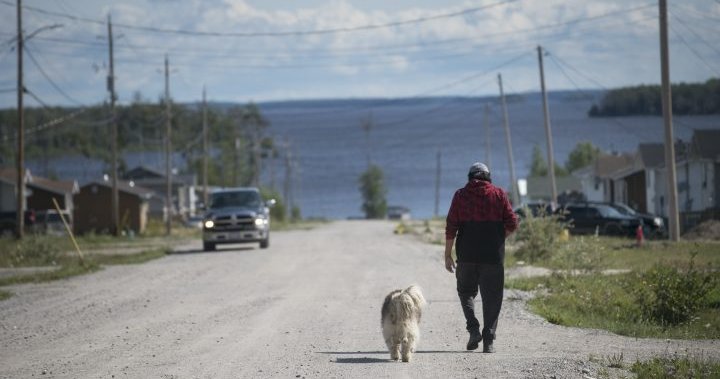 Patty Hajdu enters the role with 43 advisories still in place in 31 different communities mostly in Ontario, but also in Manitoba and Saskatchewan.

Prime Minister Justin Trudeau promised to end all drinking-water advisories by 2021 when the Liberals were swept to power in 2015.

Six years later, his government says it helped end 119 long-term boil-water advisories, but missed their own deadline to end all of them.

A federal government website dedicated to the issue shows even as some advisories were removed, more were added.

Hajdu says she hasn’t set a new deadline because she’s looking at what barriers exist to end the remaining 43 and what stage each community is at in terms of fixing the problems.

While she mulls timelines for the work, Hajdu says she doesn’t want to commit anyone to “an artificial deadline that isn’t going to actually help accelerate the work in any way.”

She says complicating matters for some First Nations is their remote location, which limits their window to ship in materials and construction teams to do the work.

Critics of Trudeau’s reconciliation efforts point to the missed deadline for ending all drinking-water advisories as evidence he has failed to live up to the commitments he’s made to Indigenous Peoples.

Reconciliation remains high on the Liberals’ agenda, but as they enter their third mandate they do so facing more scrutiny around what progress has been achieved compared to what’s been announced.

Adding to that are louder calls for justice coming from Indigenous communities and more non-Indigenous Canadians, after First Nations confirmed the discovery of what are believed to be hundreds of unmarked graves of Indigenous children forced to attend residential schools.

Hajdu says she understands expectations are high as she steps into her new role but plans to manage those expectations by being honest about what she and the government can do and “what isn’t feasible.”

Her department is tasked with providing services to First Nations residents living on reserve, which includes housing and a clean water supply, mental health and child-welfare supports.

She said it’s hard to answer a question about whether the government has done its best to manage expectations to date.

In the early days, Hajdu recalls, there was a desire to get the work done quickly, which she adds still exists today.

“You become, I think, increasingly wise over the years to what some of those significant challenges are,” she said of the realities facing First Nations, particularly remote ones.

Hajdu, who spent the last two years as the health minister, said handling that file when the world was eclipsed by the COVID-19 pandemic has helped prepare her for the new job.

During the Liberals’ first term as the minister for the status of women, she also assisted with the rollout of the government’s inquiry into missing and murdered Indigenous women and girls.

Now as the minister overseeing Indigenous Services Canada, Hajdu believes Ottawa has to play the role as facilitator for what First Nations need, and says she expects her department to be laser-focused on promoting their autonomy.

“I will do anything,” she said.