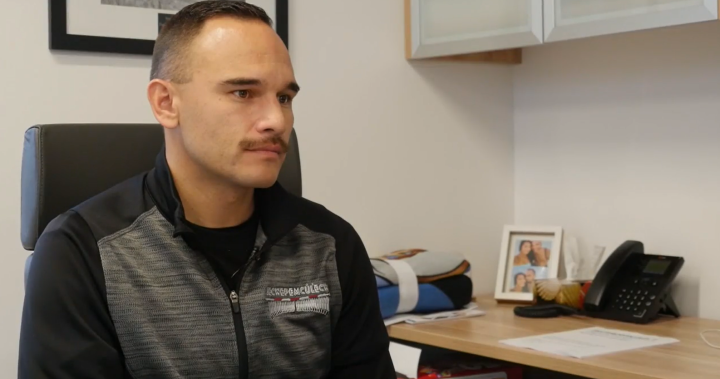 Warning: This story deals with disturbing subject matter that may upset and trigger some readers. Discretion is advised.

The chief of Williams Lake First Nation has accused the mayor of Williams Lake, B.C., of gaslighting his community in the aftermath of a racist Facebook post that has since been deleted.

Last Friday, Walt Cobb, a former MLA and two-term mayor of the Cariboo city, shared a Facebook post on his private account suggesting there was an “other side” to residential schools, and that “many of the new generations just want to be victims and feel the money would solve their pain.”

Cobb apologized to anyone he “offended” at a special council meeting on Tuesday night, but in an interview with Global News, he said the First Nation failed to respect a mutual agreement to connect privately on issues the city “can help with.”

“Talk about wrecking a relationship,” he said. “It’s a little hard to deal with issues like that when in fact, they don’t honour what we’ve already said.”

Cobb also suggested at the council meeting that he was a victim of the situation.

Shortly after stating it was not his intention to “make light of residential schools,” he characterized a letter from Williams Lake First Nation that had criticized his behaviour as a “personal attack,” since he had shared the controversial post on his private account and not his official mayor’s page.

“To hear the mayor doubling down on how it was his private Facebook account is discouraging,” said Chief Willie Sellars.

“The remarks from Mayor Cobb gaslighting WLFN for even bringing this up in the public eye, saying it’s our fault he’s in the position he’s in — that doesn’t help building a relationship moving forward.”

The text of the Facebook post was first reported by the Williams Lake Tribune. In the days that followed, B.C. First Nations and allies across the country called for Cobb’s resignation.

He did not address those calls on Tuesday, but his council colleagues strongly condemned his actions.

The council passed a resolution requiring everyone to take an anti-racism and cultural safety training program and voted to include the 2015 Truth and Reconciliation Commission’s Calls to Action as a “strategic goal” in the city’s official community plan.

It also adopted an official position that recognizes and condemns the “devastating effects of the 139 residential schools in Canada, and the abuse inflicted on innocent children.”

“I think it went well,” said Cobb after the meeting. “We’ve got our message out and it was indicated that what I had done was wrong, or certainly affected a whole lot of people anyway.”

Read more:
Future of B.C. mayor to be debated after he shared racist post about residential schools

Sellars said it was “unfortunate” Cobb did not step down, but he was encouraged to see councillors take the mayor “to task” for the post he shared.

“If (Cobb) doesn’t want to resign, he better reflect and he better come prepared to actually have a proper discussion around reconciliation.”

Canada’s residential school system was in place from the late 1800s to the mid-1990s, and sought to “eliminate parental involvement in the intellectual, cultural, and spiritual development” of Indigenous children,” according to the Truth and Reconciliation Commission.

The state- and church-run institutions forcibly removed more than 150,000 First Nations, Métis and Inuit children from their families and placed them in schools where many were physically, sexually and spiritually abused by those charged with their care. Many were also starved as part of scientific experiments on the effects of malnutrition.

Thousands died, leading to intergenerational trauma that has had a deep and lasting impact on survivors, their children, relations and communities.

The St. Joseph’s Mission Residential School in Williams Lake operated from 1886 to 1981 and has since been demolished.

“We’re still dealing with those traumas,” said Sellars. “How do you move on when somebody doesn’t take full accountability?

“You can only hope that (Cobb) is realizing that it’s 2021 now. Times have changed.”

The Indian Residential Schools Crisis Line (1-866-925-4419) is available 24 hours a day for anyone experiencing pain or distress as a result of their residential school experience.