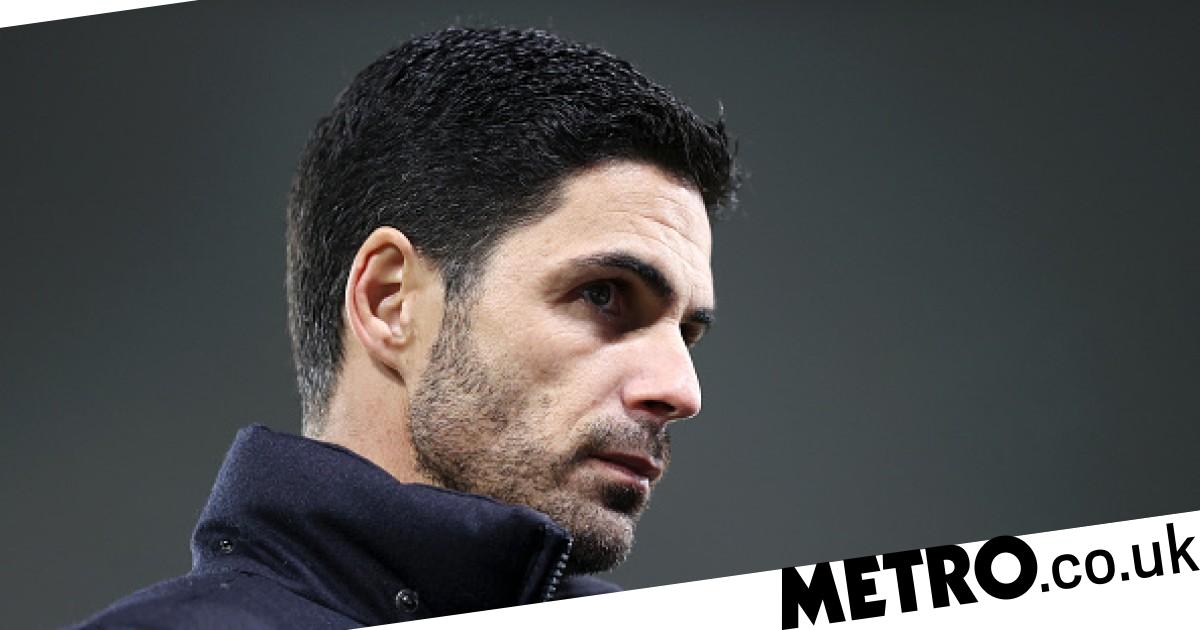 After two years at the helm, Mikel Arteta has vowed that his Arsenal project is entering a ‘new phase’ of his rebuild, so who survives and who faces the axe?

‘Now it is a new phase where we start to rebuild the team, we take a very clear direction with how we want to move forward with the club,’ said the former Gunners captain last week.

The Spaniard has exiled players before and will do so again as Arsenal seek to imprint the new identity that will lift them out of the depths of mediocrity and back to the top end of the table.

Mesut Ozil and Matteo Guendouzi have all witnessed first-hand that there is little room for malpractice in Arteta’s regime, and Pierre-Emerick Aubameyang is the latest to feel his manager’s wrath.

The 32-year-old was stripped of the captaincy following the latest of his disciplinary breaches and could be left out in the cold until he returns from Africa Cup of Nations duty with Gabon.

The decision has left Arteta without a skipper and relying on his leadership group – which includes Alexandre Lacazette and Granit Xhaka – while Aubameyang’s future has been thrown into doubt.

Even if Arsenal did decide to let the striker go, finding a team willing to pay his astronomical wages is the big hurdle.

Barcelona have been touted as a possible destination, but the La Liga giants are in the midst of a major financial crisis, only worsened by the coronavirus pandemic.

Another potential landing place for Aubameyang is Juventus, who are on the hunt for a striker to make up for the goal deficit left by Cristiano Ronaldo.

The other option on the table is for the former captain to make up for his misdemeanours by putting his head down, training hard and working his way back into his manager’s good books.

The former Borussia Dortmund striker still has 18 months left on the lucrative deal he signed after his FA Cup heroics last year, but judging by how Arteta has handled wrongdoers in the past, Aubameyang may well have sealed his own fate.

Arsenal’s club-record signing Nicolas Pepe has done little to prove to the club that their £72million outlay on him was worth it.

The Ivory Coast international has shown flashes of brilliance before, but those snippets have been decreasing in frequency as he cannot even earn a place in the team.

With Bukayo Saka, Emile Smith Rowe and Gabriel Martinelli firmly ahead of him in the pecking order, Pepe has made just five starts in the Premier League this season and is in danger of fading into the background.

Any struggles to adapt to the fast-paced nature of England’s top tier may have been accepted in his first or second seasons, but the 26-year-old should be at the peak of his powers in his third term.

Given the level of competition for the attacking positions in Arteta’s team, and without European football, Pepe could find it hard to regain his place before the end of the season.

Then it comes down to a decision from the player and the club to continue their working relationship, or agree it hasn’t worked and move on.

When asked why he hasn’t been picking the winger of late, Arteta said: ‘I have to try to make the decision based on what I see every day. Nico is really willing to help the team. The reality is that in the position that he’s playing, Bukayo is there and has been fantastic.’

Ainsley Maitland-Niles is another who is suffering greatly from a lack of regular game time, despite some promising moments earlier in the campaign.

The Hale End academy graduate took to social media in the summer to air his grievances over a blocked loan move to Everton.

It is clear Maitland-Niles wants to play in midfield and not be the utility man deployed at full-back and wing-back he was before.

That wish has been granted by Arteta, who has entrusted the 24-year-old in the centre of the park on multiple occasions, with a dominant display in the 1-0 win over Watford the clear highlight of his campaign so far.

But noises of the player being disgruntled with his manager and the club have once again been emerging, with Roma-linked Maitland-Niles said to be ‘irritated’ that his promise of more first-team football has not been granted, and a mo

Ultimately, at his age, the midfielder needs to play and though he may get that chance when the likes of Thomas Partey and Mohamed Elneny go on Africa Cup of Nations duty in January, his long-term future doesn’t look guaranteed.

Although he suggested that he was given no reason why he was dropped for Aaron Ramsdale earlier in the season – which his manager disputed – Bernd Leno has been gracious in defeat.

Ramsdale has admitted that his relationship with his more experienced counterpart is perfectly healthy despite displacing him in the team.

‘At the moment, I’ve got the shirt but he’s perfect with me every day and I’m loving having him with me.’

While Arteta wants two top goalkeepers competing for the same spot, the reality is a player of Leno’s calibre won’t want to be the Cup ‘keeper for long.

Arsenal may, however, decide to hone 20-year-old Arthur Okonkwo’s talents more, or have a more established backup lined up before they think about letting Leno go.

The Germany international, who was the runner up for the club’s Player of the Season award in 2020, would be a loss, but may end up suffering the same fate as the man he edged out as No.1 – Emiliano Martinez.

Eddie Nketiah looks destined to leave Arsenal, despite helping fire the Gunners to the Carabao Cup semi-finals with his hat-trick against Sunderland.

With the 22-year-old in the final year of his contract, as things stand, he is able to negotiate with foreign clubs over a free transfer from January 1.

Although Nketiah wants more playing time, Arteta is keen on keeping the Gunners academy graduate around.

‘Eddie knows how much I like him, how much I rate him and I would like him to stay at the club,’ said Arteta recently.

Arsenal’s striker situation could look precarious in the summer, given Alexandre Lacazette is in the identical situation to Nketiah and the uncertainty surrounding Aubameyang.

With Folarin Balogun also likely to go out loan, the Gunners may be stuck between a rock and a hard place, meaning January recruits are top of the agenda.

Dusan Vlahovic of Fiorentina, Everton’s Dominic Calvert-Lewin and Lille forward Jonathan David have all been linked with the north London club, but whether a major move in the winter window could be completed remains to be seen.