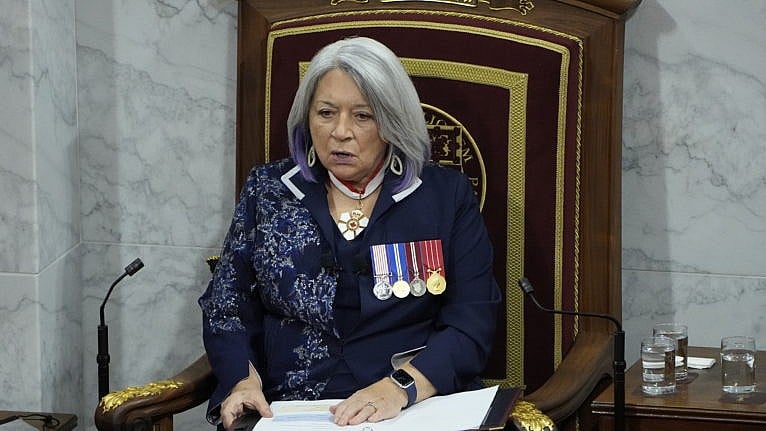 Nothing to see here, folks. Well. Nothing surprising, anyway. While Speeches from the Throne are sometimes used to announce major new initiatives, that was not the case on Tuesday, as Liberals previewed their priorities for the new Parliament.

We saw, instead, the repetition of promises from a couple of months ago, and statements of values that are very well understood as Liberal mainstays. Even to the point that the much-mocked phrase “the middle class and people working hard to join it” earned a mention.

It’s a cautious approach that reflects the minority situation in Parliament and seems to lay the groundwork for easy cooperation with the New Democrats in the House.

Here are a few key takeaways.

Coming in at just over 2,700 words, this short Throne Speech broadly resembles what the Liberals were promising in September’s election campaign. There are seven sections, on health, the economy, climate, public safety, diversity, reconciliation and foreign policy.

The pandemic is still billed as “priority number one,” but the only new promise there is a vague assertion that “support will be extended or added for industries that continue to struggle.”

Highlights from the Liberal housing plan, including a Housing Accelerator Fund and a Rent-to-Own program, earn mentions.

On climate, though urgent language is used, the actual policies proposed here are those from the campaign: caps to oil- and gas-sector greenhouse gas emissions; a “100 per cent net zero electricity future;” zero-emission vehicle mandates and the creation of a Canada Water Agency and National Adaptation Strategy.

There is a promise to move forward with the mandatory buyback of banned assault-style weapons, to “move forward with any province or territory that wants to ban handguns,” and to continue with “a renewed Anti-Racism Strategy.”

And, of course, Liberals are continuing their efforts to negotiate child-care deals with the remaining provinces and territories that haven’t signed on (Ontario, New Brunswick, Nunavut and the Northwest Territories).

Someone needs a dance partner

There’s a bit of creative framing near the beginning of Tuesday’s Speech from the Throne. “Canadians made a democratic choice,” it reads, alluding to a federal election that Prime Minister Justin Trudeau ostensibly called to secure himself a majority, but from which the governing Liberals emerged with more-or-less the same mandate they already had. “Their direction is clear: not only do they want Parliamentarians to work together to put this pandemic behind us, they also want bold, concrete solutions to meet the other challenges we face.”

There’s much debate to be had about whether Liberals really did get a “clear” direction from the minority of Canadians who voted them, grudgingly, back into power.

What is clear—and wholly unsurprising—is that Liberals are presenting a vision that Jagmeet Singh and his NDP caucus can broadly get behind as the government looks for voting partners in the House of Commons. There do not seem to be any poison pills here that would impede their collaboration. Neither does there seem to be any attempt to move closer to the Conservative Party or seek its support.

Legislation will pick up where it left off

In a speech that’s supposedly about the agenda of Parliament, the word “legislation” is only said once, in the context of the reintroduction of controversial Bill C-10, a renewal of the Broadcasting Act that the government says would “ensure web giants pay their fair share for the creation and promotion of Canadian content.”

The speech also promises to reintroduce an Act for the Substantive Equality of French and English, and “complete” a ban on conversion therapy, legislation which was still making its way through the Senate when the election was called.

Liberals aren’t promising to put any specific new bills on the table just yet, though many of their promises will require legislative changes.

The promises on reconciliation are the same. The messenger is not.

There are no new promises herein on “reconciliation,” a word that appears eight times in the speech. And there is nothing particularly novel about the way the government’s pledges to Indigenous peoples are written.

But the same promises we have heard this government deliver over many years—to end boil water advisories, to ensure “equitable compensation” for those harmed in child services programs, to implement the UN Declaration on the Rights of Indigenous Peoples—seem to carry more symbolic weight in this Throne Speech.

Coming from Canada’s first Indigenous governor general, an opening land acknowledgement sounds less rote. It is not a “symbolic declaration,” Simon says in the speech. “It is our true history. In each of your own ridings”—it’s a speech to MPs, after all—“I encourage you to seek out the truth, and to learn about the lived realities in First Nations, Inuit and Métis communities.”

A mention of victims of the residential school system comes even before talk of climate change or the pandemic. The preamble comes with a call to “turn the guilt we carry into action.”

Of course, that Simon was the messenger does not necessarily have an impact on the government’s ability to do better on this file. But it might add to the pressure.

We wouldn’t expect a Throne Speech to contain detailed foreign policy priorities. But it does strike us as weak sauce that the speech’s ultimate section is devoted to the “fight for a secure, just and equitable world,” yet contains so little substance.

There is a line that warns of “rising authoritarianism and great power competition,” but after a strained Three Amigos Summit, there’s no mention of the United States or Mexico. There’s no mention of China. We are left to divine what the speech is trying to say when it ensures that Canadians will be protected from “threats to our communities, our society and our democracy.”

Aside from the existing priority to increase foreign assistance budgets, pat support for “rules-based trade” and “strong and resilient” supply chains and a promise to devote “deliberate efforts” to deepening Indo-Pacific and Arctic partnerships, there’s squat on this government’s vision for where Canada sits in the world. Not much for new Foreign Minister Mélanie Joly to go on.