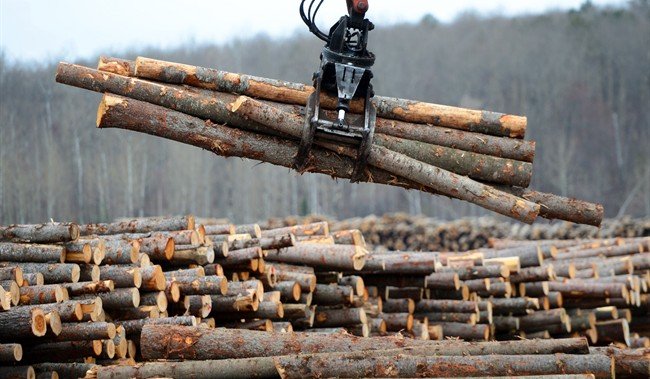 “We will do precisely what we have done successfully with two previous American administrations: we state our case clearly and rationally. We also make very, very clear that Canada is prepared to retaliate, to defend the national interest,” Freeland said in response to criticism in the House of Commons.

Conservative foreign affairs critic Michael Chong said the Liberal government is not being effective against a series of protectionist trade measures by the administration of U.S. President Joe Biden. He was one of several Conservatives to pile on the Liberal government, which is facing mounting criticism over the growing list of trade irritants with Washington.

Freeland didn’t provide specifics about what retaliatory measures might be under consideration. But she was alluding to the tough fights Canada waged against the previous administration of Republican Donald Trump who imposed punitive double-digit tariffs on Canadian steel and aluminum at the height of the renegotiation of the North American Free Trade Agreement in 2018.

Trump used a section of U.S. trade law that allowed for the imposition of tariffs if a national security threat is perceived by Washington.

Canada hit back dollar-for-dollar countermeasures on American steel and aluminum, as well as a host of other products from whiskey to toilet paper to motorboats.

With Trump’s departure and the arrival of the new Biden administration there were high hopes in some quarters that a new level of trade equilibrium might be restored between Canada and the U.S., even though Democrats are traditionally more protectionist.

Hence the litany of protectionist woes that Chong listed off on Thursday: a proposed electric vehicle tax credit that poses a threat to Canadian auto sector jobs, the revival of “stringent” Buy American procurement policies, and “measures targeting our dairy farmers, actions against pipelines that have contributed to skyrocketing energy prices and now a doubling of softwood lumber tariffs.”

2:11
Trudeau says he continues to talk to Trump about ‘challenges’ around softwood lumber

Trudeau says he continues to talk to Trump about ‘challenges’ around softwood lumber – Jan 9, 2019

The U.S. Department of Commerce said Wednesday that its final combined anti-dumping and countervailing duty rate for most Canadian producers will be 17.9 per cent.

That is slightly below the 18.32 per cent preliminary rate issued in May but double the initial 8.99 per cent rate.

“It’s clear this prime minister does not have a close working relationship with the president,” Chong charged during question period as he asked Trudeau what he planned to do about it.

Freeland responded by raising the spectre of retaliatory measures.

“Before people said Trump was the problem. Today, it’s Biden. And we have the same problem,” said Simard.

International Trade Minister Mary Ng said she raised the proposed the electric vehicle subsidy when she was in Washington last week for meetings as part of the North American Leaders Summit.

Earlier, Ng reiterated that she was disappointed by the new softwood duty, which she said was unfair. Ng said the government was pursuing litigation under the new North American trade deal between Canada, the U.S. and Mexico, and at the World Trade Organization.

The B.C. Lumber Trade Council has said the increase was not unexpected but was still disappointing because U.S. producers are unable to meet domestic demand.