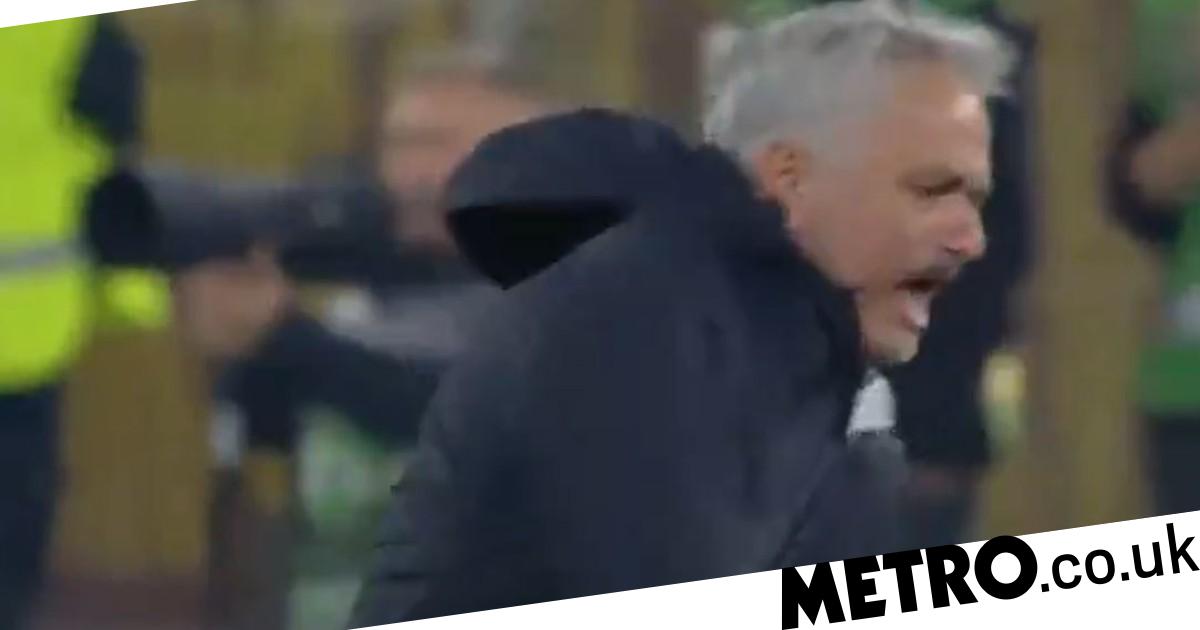 Jose Mourinho suggested there was ‘no respect for the Roma players and fans’ as his side suffered defeat to AC Milan.

Roma were on the receiving end of a 2-1 loss at home as Zlatan Ibrahimovic and Franck Kessie both found the net in a frustrating night for the Portuguese boss.

Prior to tonight’s match, Mourinho was unbeaten in 43 home matches in Serie A with that run dating back to his time with Inter Milan.

The 58-year-old was seen on the touchline angrily throwing his hands up in the air as he watched his team slump to defeat and was clearly unimpressed with an incident at full-time but did not want to elaborate further.

‘I want to be on the bench on Sunday and I don’t want a disciplinary action against me. That’s why I don’t want to talk,’ Mourinho said afterwards.

‘I congratulate Milan, who won. Seeing that there is no respect for the Roma players is hard, respect that we have is the respect that everyone should have but it is not like that.

‘In a game where we did not play well in the first half and against a good team, there was no respect for the Roma fans.’

Stephan El Shaarawy pulled a goal back in injury-time but it was too little, too late as Milan held onto the win despite playing the final 25 minutes with 10-men after Theo Hernandez was sent off.

The result leaves Roma fourth in Serie A but 12 points behind leaders Napoli and second-placed AC Milan.

Mourinho only took charge of Roma in the summer but is already feeling some pressure from fans that wasn’t helped by a shock 6-1 defeat by minnows Bodo/Glimt in the Europa Conference League earlier this month.

It was the first time a Mourinho side has conceded six or more goals in a single game in what was the 1,008th match of his coaching career.

‘I decided to play with this line-up, so the responsibility is mine,’ Mourinho said.

‘I did it with good intentions, to give an opportunity to those who work hard and to rotate the squad on a synthetic pitch in cold weather.

‘I never disguised the fact we were a squad with real limitations. We have 13 players who represent one team, the others are on a different level.

‘We lost against a team that showed more quality on the night. It’s that simple.’