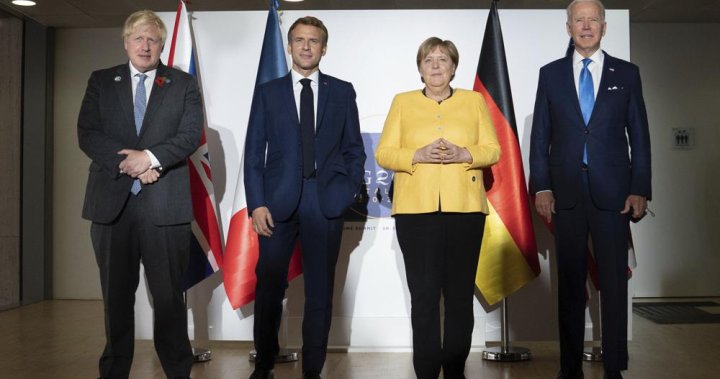 Leaders of the world’s biggest economies on Saturday endorsed a global minimum tax on corporations, a linchpin of new international tax rules aimed at blunting the edge of fiscal paradises amid skyrocketing profits of some multinational businesses.

The move by the Group of 20 summit in Rome was hailed by U.S. Treasury Secretary Janet L. Yellen as benefiting American businesses and workers.

G-20 finance ministers in July had already agreed on a 15% minimum tax. It awaited formal endorsement at the summit Saturday in Rome of the world’s economic powerhouses.

Yellen predicted in a statement that the deal on new international tax rules, with a minimum global tax, “will end the damaging race to the bottom on corporate taxation.”

“Here at the G20, leaders representing 80% of the world’s GDP — allies and competitors alike — made clear their support for a strong global minimum tax,” the president said in the tweet. “This is more than just a tax deal — it’s diplomacy reshaping our global economy and delivering for our people.”

The agreement aims to discourage multinationals from stashing profits in countries where they pay little or no taxes. These days, multinationals can earn big profits from things like trademarks and intellectual property. These companies can then assign earnings to a subsidiary in a tax haven country.

Briefing reporters midway through the summit, German Chancellor Angela Merkel said: “There are good things to report here. The world community has agreed on a minimum taxation of companies. That is a clear signal of justice in times of digitalization.”

Mathias Cormann, secretary-general of the Paris-based Organization for Economic Cooperation and Development, said that the deal clinched in Rome “will make our international tax arrangements fairer and work better in a digitalized and globalized economy.”

The minimum rate “completely eliminates the incentive for businesses around the world to restructure their affairs to avoid tax,” Cormann contended.

On other issues crucial to fairness across the globe — including access to COVID-19 vaccines — the summit on the first of its two days heard pleas to boost the percentage of those in poor countries being vaccinated.